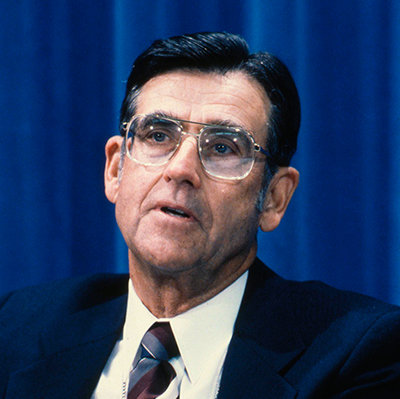 William H. Wilson at the 197th General Assembly (1985) of the PC(USA) in Indianapolis. —Photo courtesy of the Presbyterian Historical Society.

The Presbyterian Church (U.S.A.) is remembering a former Moderator who died this week in McAllen, Texas. William H. Wilson, a church elder, served as Moderator of the 197th General Assembly (1985).

“I first met Bill when he was elected Moderator and I was serving as a TSAD [theological student advisory delegate]. That was at the same assembly where we voted on the new PC(USA) logo, and as I remember, we also voted to establish this fledgling program called Presbyterian Investment and Loan Program,” said Sallie Watson, general presbyter at Mission Presbytery in San Antonio. “The new denomination was only two years old when Bill assumed leadership. He was all business, which is exactly what we needed at that time. His leadership was solid and strong, and after his moderatorial year, First Presbyterian Church in Kerrville was once again the beneficiary of that wise leadership. He will be missed.”

Wilson was elected Moderator during a rare first-ballot victory. Prior to his election, he addressed the commissioners about the need to face the church’s issues immediately.

“I’m a candidate because I am convinced that the church of my parents and children faces greater challenges and needs than it has ever known and you and I are simply called to respond,” he said. “If you choose to elect me, you should know I will challenge you to move now to overcome negative results and become the church we have the potential to be.”

Wilson had gone on record in support of the sanctuary movement for political refugees from Central and South America and urged the church to embrace “our neighbors who speak another tongue.” 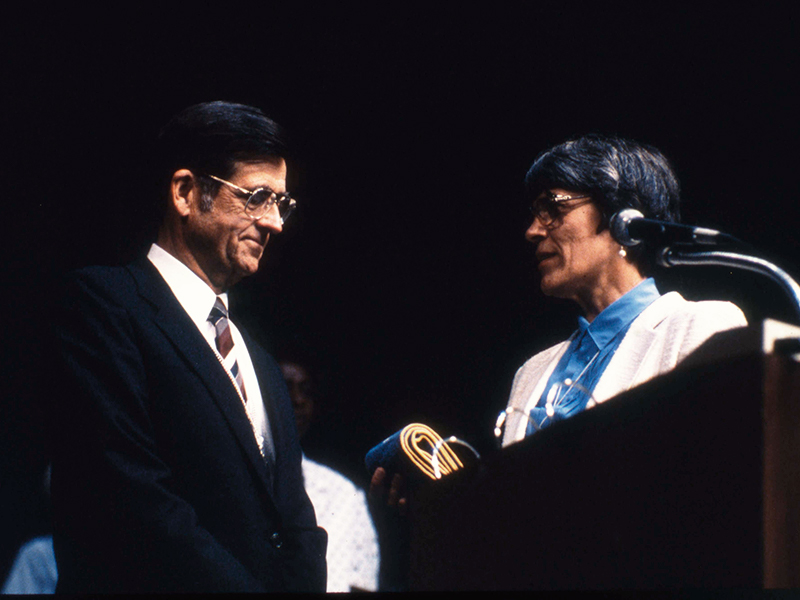 Harriet Nelson, Moderator of the 196th General Assembly (1984) of the PC(USA) presents symbols of the office to newly elected Moderator, Bill Wilson. Photo courtesy of the Presbyterian Historical Society.

He also supported the church’s pro-choice position but said members should take into consideration the growing difference of opinion on the issue.

“I will encourage this church to seek out a unanimity of purpose that can undergird our mission effort and increase confidence in our leadership,” he said. “I will challenge this church to move beyond the formality of reunion toward the reality of a united church, culturally plural, theologically inclusive, one people, one church together in our witness to our one Lord and Savior.”

In addition to his career as a petroleum geologist as well as a rancher, Wilson also served as head of the pastoral care and professional development committees with Mission Presbytery.

“The Presbyterian Church (U.S.A.) is indebted to Bill for his willingness to stand and serve as Moderator after the merger of the northern and southern branches of the church,” said the Reverend Dr. J. Herbert Nelson, II, Stated Clerk of the Office of the General Assembly of the PC(USA). “This period represented significant time of internal change and adjustments.”

Wilson will be interred in the Columbarium at First Presbyterian in Kerrville, Texas, on October 5, following a brief service. A memorial service will be planned for a later date in the Houston area, according to Watson.