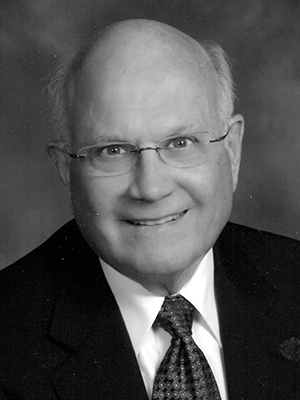 A key player in the Presbyterian church’s reunification in the 1980s has died. James Frederick Kubik, known as “J,” died on January 4 at the age of 89.

Kubik served on the General Assembly of the United Presbyterian Church from 1981 to 1989 as well as chair of the finance committee during reunification. He is credited with putting together the package that eventually became the agreement between David Jones, the City of Louisville, and the church about the relocation of the church headquarters to Louisville, Kentucky.

“He was the primary person who unraveled the General Assembly budgets during the early 1980s and won the trust of all parties in putting together a unified budget that could serve as the basis of reunion,” said the Reverend Dr. John M. Mulder, former president and professor of historical theology at Louisville Presbyterian Theological Seminary. “It was a herculean effort and without his financial and personal integrity, there may not have been a reunion in 1983.”

Mulder said the budgetary efforts to reunify the church were complicated and a “gargantuan task.”

“J. Kubik was the finest financial mind I ever encountered in the General Assembly levels of the church. He could analyze budgets more accurately than anyone else and he did so with an eye always directed toward the welfare of the entire church,” he said. “It can truly be said he was a disinterested observer, always focused on the constructive and creative witness of the church as a whole.”

Kubik was born in Wichita, Kansas, and received his BS in Accounting from the University of Kansas and secured a law degree two years later. He spent 40 years as a CPA. Kubik was a member of First Presbyterian Church in Wichita from the time of his confirmation in 1942, serving multiple terms on the session and served as chair of the board of trustees.

“J. Kubik served 22 years as a trustee of Louisville Presbyterian Theological Seminary,” said Mulder. “For seven of those years, 1998–2005, he was chair of the Finance and Administration Committee, and during that time, the seminary took many far-reaching financial and administrative steps that strengthened the seminary for decades to come.”