Rev. Daniel Wolpert urges congregations to listen to their communities 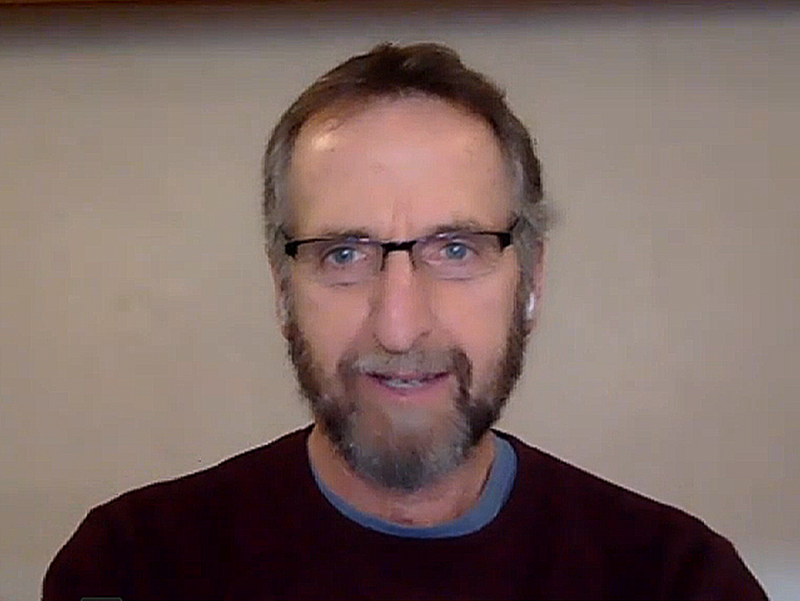 The Rev. Daniel Wolpert, co-founder of MICAH (Minnesota Institute of Contemplation and Healing), was the guest on this month’s broadcast of “Good Medicine.”

Since their election last June, the Co-Moderators of the 224th General Assembly of the Presbyterian Church (U.S.A.) have been speaking on the need for churches to reach out into their communities. The Rev. Gregory Bentley and Ruling Elder Elona Street-Stewart have urged Presbyterians to step out of their comfort zones and reach across social and racial barriers to connect.

In their monthly Facebook Live broadcast of “Good Medicine,” the co-moderators heard from the Rev. Daniel Wolpert, a pastor, psychologist, author and spiritual leader, on the topic of “Decolonizing Congregations.”

Wolpert says that in order to decolonize spiritual communities, those communities need to be aware of being colonized.

“From spiritual life and practice, one way of understanding colonization is that we are given a narrative of what the world is, what religion is and who we are,” he said. “In a sense, we are all colonized and take on this view of reality. We don’t know that it has happened. It’s what’s normal for us. We assume everyone else sees the world the same way we do, but nothing could be further from the truth.”

Wolpert says that through spiritual teaching, congregations are called to a deeper awareness of what they believe.

“If you are a dominant white church or denomination, you have to come to understand that the particular colonization comes out of the history/legacy of Europeans taking over this part of the planet, killing and enslaving millions of people and creating a Christianity that justifies that,” he said. “Particular phrases and passages we lift up in the Bible create this particular form of colonization. It’s only when we understand how we’ve been formed that we then begin to hear texts of overthrowing, upending and reversing the way society is ordered.”

Wolpert is co-founder of MICAH (Minnesota Institute of Contemplation and Healing), which offers a number of ministries for body, mind and spirit. The center also offers holistic health and healing services, including integrative, complementary, alternative and natural medicines.

Street-Stewart says churches need to take a long look at where they are and where they need to be.

“When we think about all the imagery around Christmas pageantry, how many churches will still have white-skinned angels, Jesus, Mary and Joseph? How many will emphasize the royalty of the Holy Family and not recognize them as immigrant or a refugee family?” she asked. “Instead of trying to make communities look like us, we should look at what we can learn from the community around us.”

Wolpert says the U.S. has experienced the disconnect over the past six months.

“I live two blocks from where George Floyd was killed, and I’ve been out in the streets during that time. The people that have not largely been out there were the wealthy white people,” he said. “The cries of the poor, the widows and orphans, mothers of Black men and women killed by police, they’ve been out on the street talking and uplifting the need for justice.”

Bentley says the church needs to look at communities and see what it can learn from them.

“Too often we assume that we have everything to offer you and you have nothing to offer us. That is a typical imperial colonizer belief,” he said. “We don’t realize that people bring tremendous gifts that are good medicine for us.”

“That’s the charity model that is coming out of the imperial colonizer. It’s not a justice or horizontal model of shared power and wisdom,” said Wolpert.

Looking into the new year, Wolpert says there is a need for spiritual formation.

“We need to allow God to deeply enter us and our communities, to engage in those habits and practices that give God permission to come in and mess us up,” he said. “We need to actively create educational spaces that allow God to form us, letting go of this colonizing mythology that has not only has brought terror on millions, but also has spiritually malformed me as a white person.”