Home News From Kabul to Exit 9

From Kabul to Exit 9

A congregational model for helping with refugee resettlement 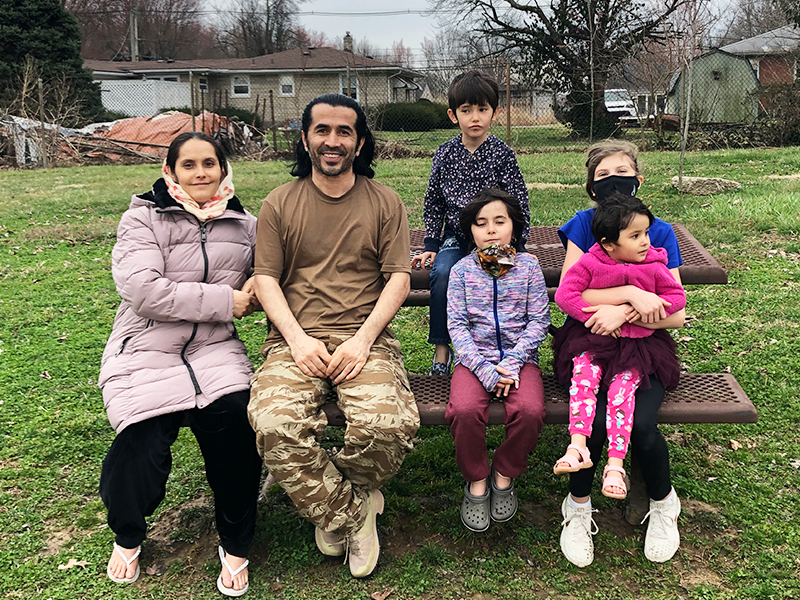 In the spring Rich Copley introduced news service readers to the Amiri family: a mother, father and four children from Afghanistan who moved to Louisville with help from Kentucky Refugee Ministries (KRM) and Second Presbyterian Church.

The congregation’s three months of financial support to the Amiris is complete, but an unbreakable connection remains.

After the U.S.-backed government in Kabul fell in August, the congregation followed the three-month journey of Raees Amiri’s brother, Mohammad, and several of his children to Louisville. Upon their arrival, Raees turned to Second Presbyterian Church to donate some items to his brother’s family, including warm coats and toys.

“When we heard that Raees’s brother was coming to the United States we wanted to help,” said Martha Nichols-Pecceu, a leader of Second Presbyterian Church’s refugee subcommittee.

“We consider the refugees we assist a part of our church family.”

Second Presbyterian Church has helped resettle migrants in Louisville for years, including refugees from Syria and the Democratic Republic of Congo. To Presbyterians around the country the congregation serves as a model for helping refugees at the local level.

As Copley’s article points out, refugee resettlement is not just an issue close to U.S. international borders. Any community drivable to an airport is a potential new home for a migrant family from overseas.

At the national church level, ministry to refugees and other migrants is led by the Presbyterian Mission Agency’s Refugees & Asylum for Presbyterian Disaster Assistance (PDA) and the Office of the General Assembly’s Office of Immigration Issues. PDA also provides overseas relief.

In 2021 national church staff members have been especially busy responding to refugee crises in Haiti and Afghanistan.

“As we witness another crisis with our Afghan siblings, many Presbyterians and those of other faith traditions are coming together to extend welcome again. We celebrate the good news of Jesus’s birth through ministries that allow Christ’s love through all of us.”

During Advent, the Afghanistan refugee resettlement effort continues. According to CBS News, 45,000 evacuees from Afghanistan remained at temporary housing sites in Indiana, New Jersey, New Mexico, Virginia and Wisconsin as of November.

Department of Homeland Secuirty Secretary Alejandro Mayorkas told Congress that the Biden administration is aiming to complete the resettlement operation of Afghan families by February 2022.

Presbyterian worshipping communities can help with that work, and with other support to migrants. Access national church advice about helping Afghan refugees, including the “Join the Movement” webinar, here. 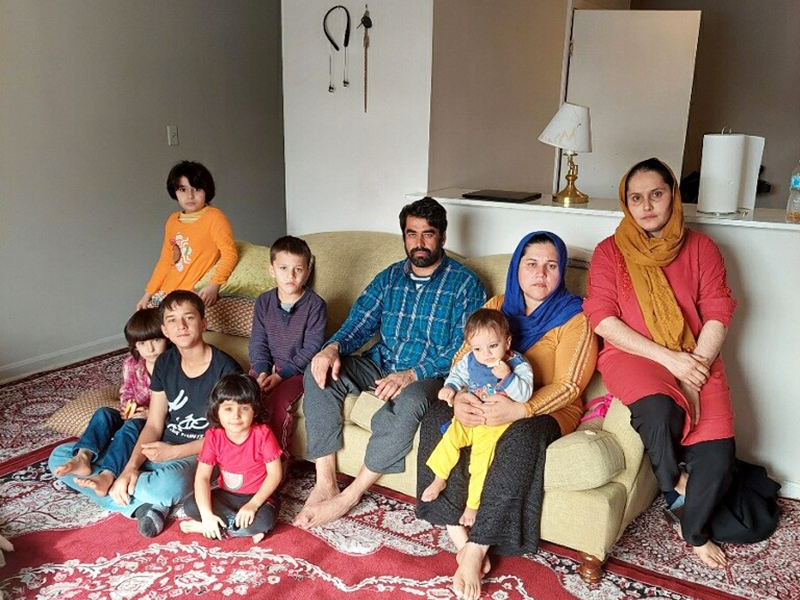 Raees Amiri’s brother, Mohammad, traveled a circuitous transnational path to the United States that is typical of many refugee journeys today. His family’s exit from Afghanistan and arrival in Louisville included stops in the United Arab Emirates, Germany, Virginia and Texas — with stays along the way at U.S. military bases.

“I am so happy with the help from Second Presbyterian Church,” Raees said. “And my brother is very happy to live in Kentucky.”

The subcommittee reports to the mission committee once a month but communicates with staff at Kentucky Refugee Ministries three or more times a week during the resettlement period. With Raees Amiri and his immediate family, KRM provided governmental administrative assistance, allowing the congregation to focus on providing the Amiris with rental assistance, clothing and housing supplies.

As Copley wrote: “Second Presbyterian Church helped Raees get a commercial driver’s license so he could find work similar to what he did in Afghanistan, and aided Khatul, Raees’s wife, with pre- and neonatal needs. Khatul gave birth to a new baby daughter in the spring.”

“Our volunteers have stayed connected with resettled families not just through the three months of our church’s financial support but afterward,” Nichols-Pecceu said.

For other PC(USA) congregations looking to help with resettlement efforts, she recommended contacting local social service providers to migrant communities that work with the ecumenical and interreligious community.

In addition to budgeting support to migrants and planning regular check-ins between migrants and church members, communicating with the entire congregation about the progress of newly resettled individuals is important, Nichols-Pecceu said.

In a recent email update to Amanda Craft, Nichols-Pecceu wrote that the congregation has “learned some valuable lessons about sponsorship, about our world and ourselves.” Using technology (especially during the pandemic), extending charity in a timely and refugee-centered way and being humble are some of the lessons she cited.

“Humility and hospitality, often linked in parables, are central to resettling refugees,” Nichols-Pecceu wrote. “In our experience, humility comes from the recognition that we are all still learners.

“Our KRM mentor reminded our team that the goal is for refugees to stand on their own. Learning how to let go of our roles in resettlement is the final lesson.” 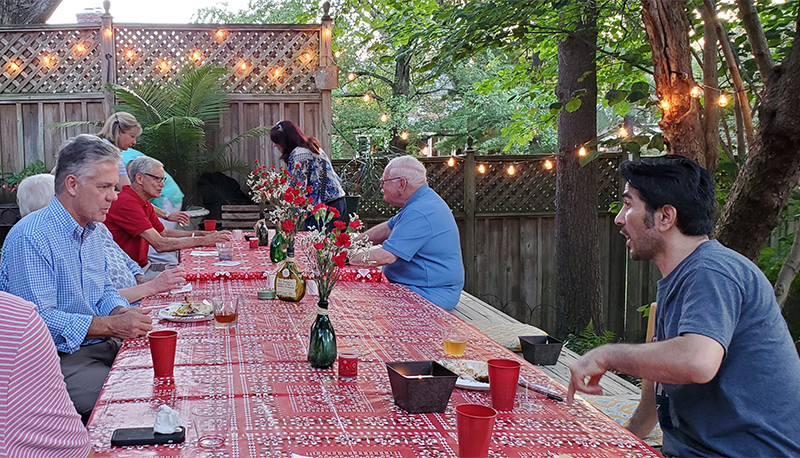 Letting go but staying engaged is one way to describe Second Presbyterian Church’s abiding connection to the Amiri family.

When Raees was asked what it was like to welcome his brother to Louisville, he said, “It was easy.”

Easy? Reuniting with a brother you haven’t seen for a year…halfway around the world?

“Yes,” Raees said with cheery understatement. “I used Google Maps [on a cell phone the congregation provided] to drive to my brother’s house. I got off at Exit 9.”

Nichols-Pecceu had a similar story of independence about one of the first refugees she assisted through Second Presbyterian Church: a single mother named Ekyochi Nam’mbembe from the Democratic Republic of Congo. The congregation co-sponsored Ekyochi along with her 3-year-old son in 2019, partnering with KRM.

During that family’s three-month resettlement, Nichols-Pecceu took Ekyochi grocery shopping and delivered meals. Nichols-Pecceu is a French language teacher with AllianceFrançaise and spoke to Ekyochi on the phone several times a week.

“When she had a job interview, she asked me to take her there and I was ready to do it,” Nichols-Pecceu said. “But the case worker at KRM asked me not to do it. It was important for Ekyochi to take that step herself — a big step towards becoming independent.”

Ekyochi went to the interview herself. “And she got the job!” Nichols-Pecceu said.

The Office of the General Assembly’s Office of Immigration Issues