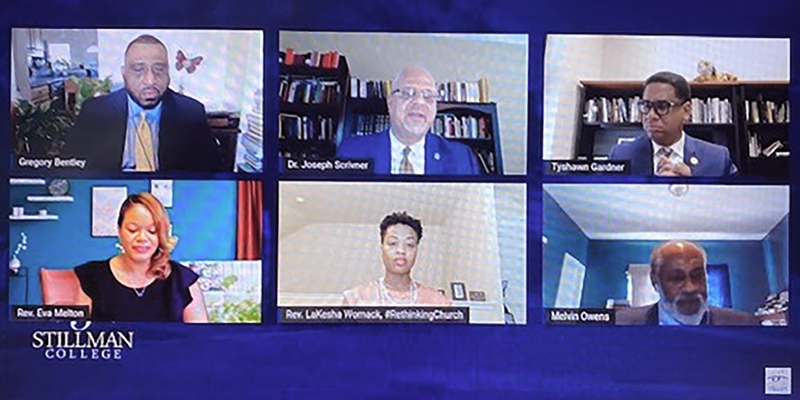 Although there are times when injustice in the world seems unbearable or unchangeable, the Rev. Gregory Bentley says there is “a way out and a way forward” despite formidable barriers that have “ruptured” the relationship between the gospel and social justice.

“We are not just passive spectators in the symphony of life, but rather we are moral agents who have been called by God to shape the world in such a way that it reflects the heart and character of God,” Bentley, Co-Moderator of the 224th General Assembly (2020), said in a keynote address on April 30 during “A Commencement Conversation: Christian Leadership and Social Justice,” hosted by Stillman College, a Presbyterian-related, historically Black college in Tuscaloosa, Alabama.

Bentley observed that “fault lines, fractures and fissures” occur in the Christian church about every 500 years, causing deep soul-searching. He believes we are now living in another “convulsive and seismic moment,” and while there are enormous challenges, he rejects the notion that the church is dying. He said he agrees with the Rev. Dr. Emilie Townes, dean of the Divinity School at Vanderbilt University, that “the church isn’t dying … it’s being transformed.”

Part of the transformation must include examining the current state of the “organic” relationship between the gospel of Jesus Christ and justice. Bentley began by addressing leadership, particularly by distinguishing “colonized” and “emergent” leadership.

Then there is the matter of justice. While Bentley said a system is needed to impose consequences for wrongdoing, he described the American legal system as one of “retribution and vengeance.”

“The biblical notion of justice isn’t punitive, retributive or vengeful … it is distributive and restorative,” he said. “What does this mean? It means that justice is about ensuring that each and every person has access to what they need to flourish and live into the fullness of who God created them to be.”

Bentley said one cause is the interpretation of two words: “Zedek” in the Hebrew Bible and “dikaiosune” in the New Testament. “Both words can mean righteousness or justice. However, far too often we have lifted up purity over justice, personal piety over public morality, personal responsibility over public policy.” 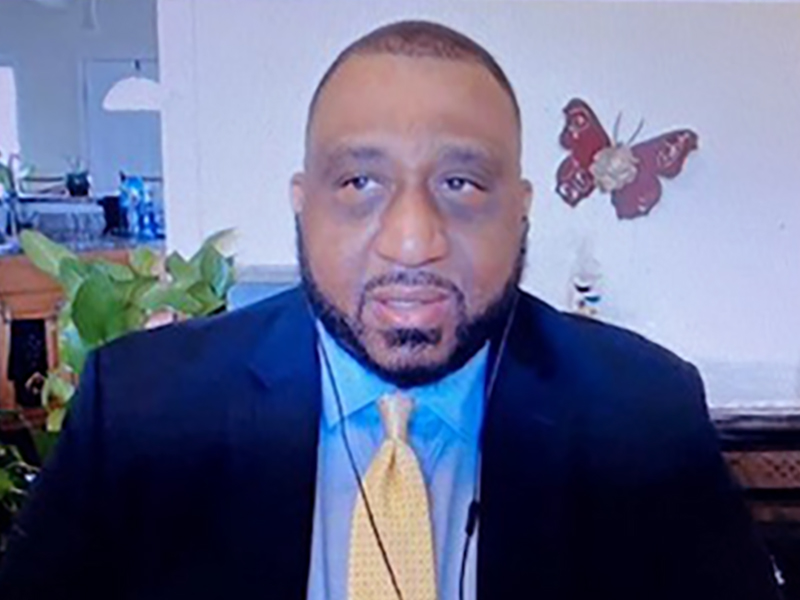 He said that while it matters that “our walk matches our talk,” biblical justice is primarily about “right relationships and how we treat one another, especially in the public square, and especially the most vulnerable among us.”

Bentley believes the “false dichotomy” between personal piety and public morality and public policy comes from a “lust for power and a desire to dominate.” He noted that South African theologian, pastor and anti-apartheid activist the Rev. Dr. Allan Boesak contends that the Bible is a record of the resistance of God’s people to domination and oppression, with the Rev. Dr. Wil Gafney, professor of Hebrew Bible at Brite Divinity School, maintaining that the Bible is the “underground literature of a colonized and oppressed people.”

“But sadly, in the church of Jesus Christ, we all too often adopt imperial ways of thinking and behaving rather than the mind and message of Christ,” Bentley said. He focused on three barriers that have fractured the relationship between the gospel and justice: biblical literalism, fundamentalism and white nationalism.

He said biblical literalism can lead to taking positions and adopting attitudes and practices that are “decidedly anti-Christian and do not reflect the heart and character of Christ.”

Fundamentalism presents “a false sense of certainty about reality” that arises out of a particular reading of the Bible that “promotes obedience and compliance and shuns debate and inquiry.”

“In a world that is rapidly changing, fundamentalism tends to focus on a familiar past, a golden period that we can return to if we would just be obedient and comply with how fundamentalists see the world and how it should operate,” he said. “It’s not hard to see how fundamentalism gives rise to authoritarianism and even nationalism.”

He said white nationalism has been a feature of American society since its inception, founded as a “white settler nation on the twin evils of the genocide of the Indigenous people of this land as well as the theft of their land and the enslavement of Africans.”

The Bible is often used to justify this “evil arrangement,” Bentley said. He has seen the connection between biblical literalism, fundamentalism and white nationalism in recent events, such as the violent white supremacist rally in Charlottesville, Virginia; the insurrection at the U.S. Capitol; the murders of Asian Americans in Atlanta as well as other attacks; and the murder of George Floyd.

While all seems hopeless at times, Bentley said the bridge to change is the “affirmation and adoption of the life and labor, the message and the mission of Jesus of Nazareth as the grounding and guiding principle for our faith and practice.”

He said there are “reliable guides” to lead us across the bridge, citing many academics addressing these pressing issues but also a legion of “ordinary, everyday folks, full of folk wisdom and experts in folk theology, who have taught and who still teach us how to walk like Jesus walked, to talk like Jesus talked, to live like Jesus lived, to give like Jesus gave.”

Bentley said it is necessary to lean into the “Black prophetic tradition” that has birthed a great cloud of witnesses “who did not give in, who did not give out, and who did not give up,” such as Nat Turner, Gabriel Prosser, Denmark Vesey, Harriet Tubman, Sojourner Truth, Richard Allen, Jarena Lee, Henry Highland Garnet, Ida B. Wells, Rosa Parks, Martin Luther King Jr., Ella Baker and Fannie Lou Hamer.

“As we drink from this deep ancestral well, we will be filled and fortified with new power and new purpose to live into a fuller manifestation of the organic relationship between the gospel and justice,” he said.