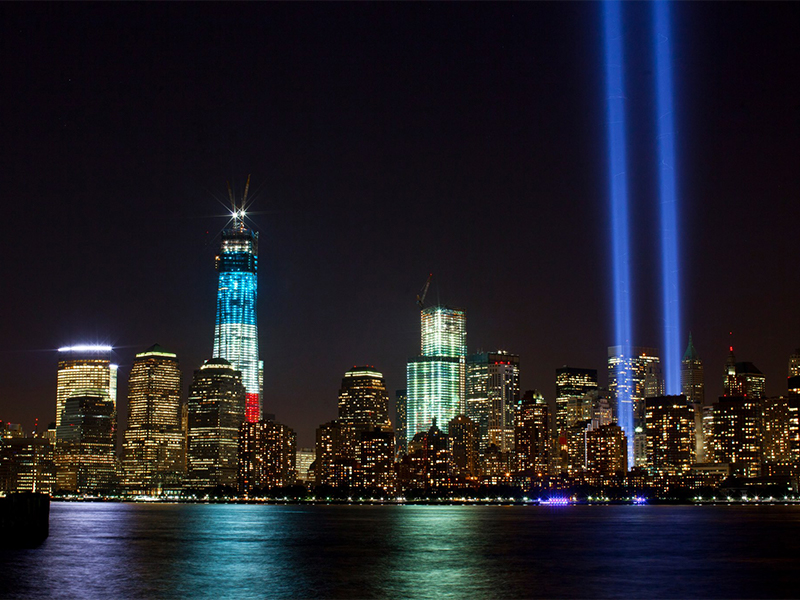 Tribute in Light memorial next to the new One World Trade (2012).Photo by Anthony Quntano licensed under CC BY 2.0.

Tribute in Light memorial next to the new One World Trade (2012). Photo by Anthony Quntano licensed under CC BY 2.0.

Twenty years ago this week, our world changed. For those who remember that fateful day in September 2001, you likely recall where you were when you first heard that a plane had struck one of the towers of the World Trade Center. As the next several hours unfolded, we stood in shock as plane after plane, carrying hundreds of people, crashed into the second tower, the Pentagon and a field in Pennsylvania. For the first time in most of our lives, our country, and our very way of life, were under attack.

As the dust began to settle on that September day, 2,977 people were dead, including passengers and office workers, as well as police, firefighters and other emergency personnel who disregarded their own safety to rescue as many people as they could.

People lost their spouses, children lost their parents, and parents lost their children. Thousands who survived that day went on to deal with lifelong health issues and deep emotional scars that will never heal. 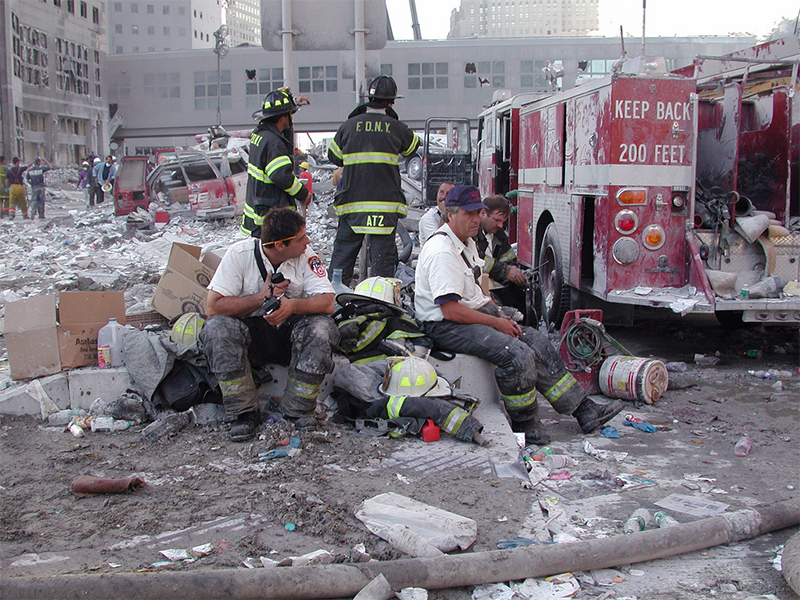 But the victims of those coordinated attacks, as well as their families, were not the only ones to suffer. Many have paid the price over the past two decades. We are just now seeing the U.S. military pull out of Afghanistan, where the “War on Terror” has concluded, leaving tens of thousands of Afghans, Americans and NATO allies dead.

The human cost in Afghanistan has been staggering, according to statistics gathered by both Harvard and Brown Universities.

If the purpose behind the Sept. 11 attacks was to create cracks in the fabric of our nation, then they have succeeded. Post-9/11 America is a different place. The unity many felt immediately after the attacks has given way to mistrust, racism and divided culture.

Muslims, or anyone perceived to be Middle Eastern, were the victims of countless hate crimes. People were targeted by their beliefs or what they wore and branded as “terrorists.”

As the U.S. and its allies prepared counter attacks, thousands of families fled their homeland in Afghanistan or Iraq, many with nothing more than the clothes on their backs.

The bloodshed and heartache of the past 20 years have taught us that retaliation won’t heal wounds or provide shelter for the homeless or food for the hungry. The Presbyterian Church (U.S.A.) and other denominations and faith groups have invested dollars and people into seeking solutions that don’t require guns, grenades or hate to make a difference. Many of our siblings in Christ live in these regions. Others have traveled there to meet, pray and support those struggling to survive.

It is one thing to watch the news unfold in the comfort of our living rooms, but it’s another to be there and personally see the heartache and suffering of the people on the ground.

What happened 20 years ago this week was a defining tragedy. What has happened since is just as tragic. Those born in the midst of Sept. 11 have only witnessed war and mass evacuation. In place of open arms, they see walls and closed doors. We talk of humanity and our genuine quest for peace and love, yet our actions speak louder than words.

It is my prayer that we forge a new path going forward so that 20 years from now, people are commemorating a restored sense of humanity and Christ’s love over the hate and violence that came before.