'When the root is deep, there is no reason to fear the wind' 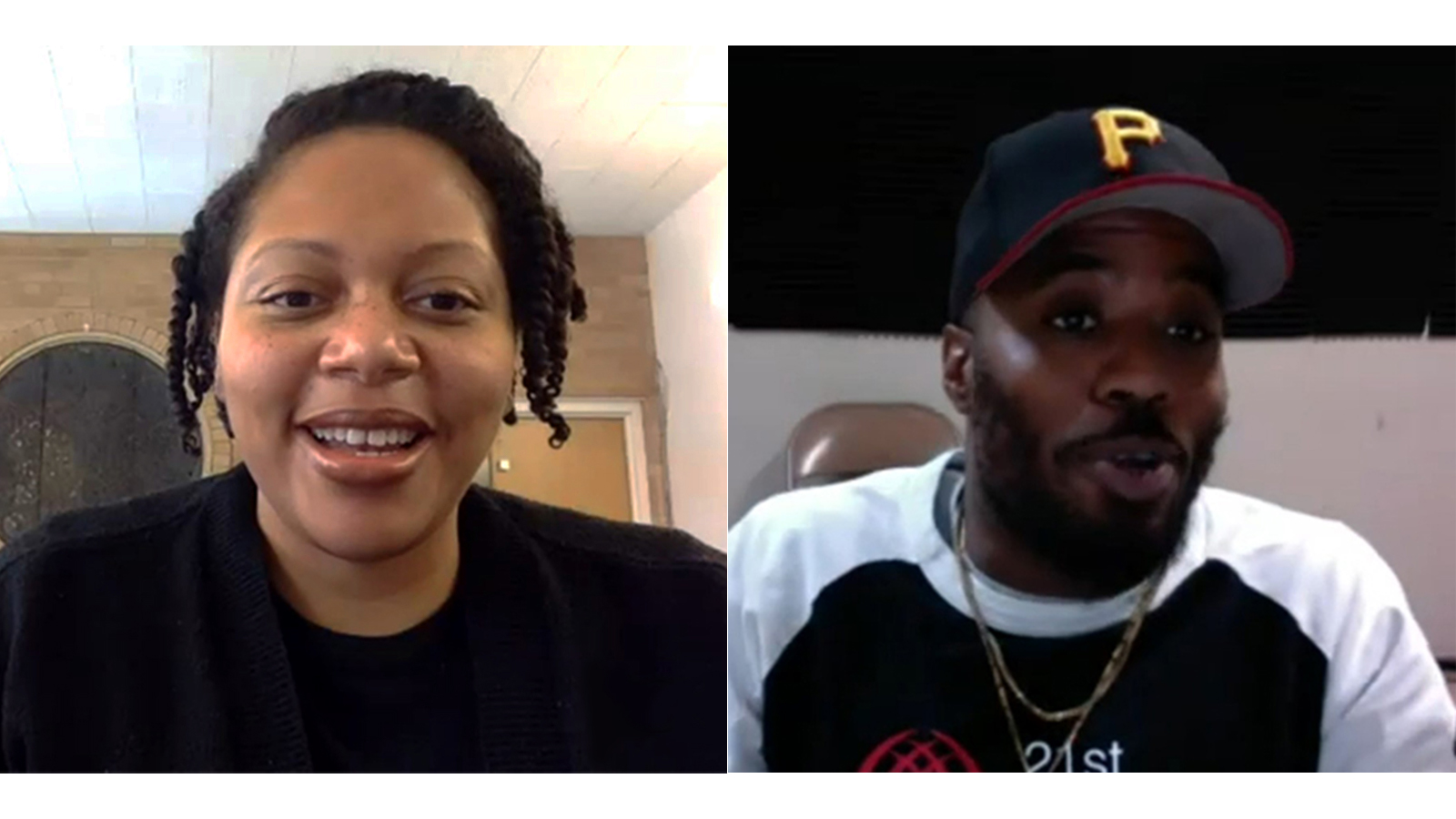 Their discussion focused on how these young leaders view the world based on the work of those who came before them, grounded in this African proverb: When the root is deep, there is no reason to fear the wind.

Street-Stewart posed this: How is it that you learn how deep your roots are? “Our discussion is … not just about accessing knowledge, but it’s about ensuring that new teachings are emerging,” she said. “If we’re going to decolonize the dream, we’ve got to make sure we have the space to share this information because otherwise what’s out in the media or presented in terms of history is faulty … and not letting us see the wholeness of how rooted we are.”

Oduniyi noted the work they do at Liberty Church with the 21st Century Academy for K–12 scholars, through intergenerational community-based, healing-centered engagement. She said they understand that “the babies have to carry the torch and keep the mantle going,” so the academy focuses on collaborating with parents to bring up whole people.

At the academy, Oduniyi said the children garden and grow food so they can get their hands in the dirt and know where their food is coming from, while also having a “safe space” to experience who they are.

Capitan, who grew up in Pueblo Laguna, said “We often refer to our time as a spiral. In order to move forward we have to look back and reflect and really recall what our ancestors have taught us. When we’re in the fields, we’re growing our own food and we’re building our relation back with the land and making sure we’re nourishing ourselves, as well as taking into consideration the resources that have been provided for us time and time again. Even if we forget, the land remembers who we are.”

Cloud was unavailable to attend the live discussion, but Street-Stewart shared a statement from her.

Cloud credits her mother — the Rev. Fern Cloud, stated clerk of Dakota Presbytery — with showing her how she is rooted. Her mom took her everywhere, allowing Cloud to learn by observation and example. “She’d whisper in my ear or her communication was nonverbal sometimes,” Cloud said.

Now Cloud is raising her own 10-year-old daughter by example. She noted there are so many distractions for young people today with technology at every turn that “kids are no longer aware of things going on around them. One of the reasons why I live on the reservation is because I want my daughter to grow up with that connection to our cultural ways. I make sure she knows who her relatives are. I teach her to be respectful by showing her what respect is. In our Dakota ways, we are taught to respect our elders and to go to them for teachings because they carry wisdom.”

Williams, the visual storyteller at Liberty Church who also works with the 21st Century Academy, said that historically in African cultures, information was shared through storytelling. He noted the importance of intentionally communicating with young people and building transparent relationships because “you learn from those that you love and like.”

“Sometimes we get too caught up in the message … that this is what it has to be,” he said. “But wait a minute. First let’s come together … and break bread with this knowledge and be rooted deeply and be poised because once you’re poised, you can’t be swayed by anything else.”

Bentley said the key to decolonizing the dream is taking it back, noting there are a lot of misconceptions about King. He said many believe that because King was for integration he was also for abolishing Black institutions. Bentley pointed out King’s deep roots in his community, raised among Black excellence. “He wasn’t saying abandon the institutions that had held him and allowed him to flourish. Living in a diverse society doesn’t mean that we give up those things that are necessary for our flourishing,” Bentley said.

Oduniyi turned the tables and asked what the church needs from young leaders. Bentley asked them to “be who God made you to be. We’ve got to make space for people to bring their unique gifts to the building up of community.”

Street-Stewart added, ”Sometimes we need to know that if we whisper in your ear you’ll recognize that it’s something of value. And one of the things I’d like to whisper … is the church itself is not just within those walls. It is about being in community and restoring what has been broken in community. It’s about finding sacred places all around us.”

To see and hear the entire broadcast, click here. “Good Medicine” is presented live on the second Wednesday of the month at 2 p.m. (Eastern Time) on the 224th General Assembly Co-Moderators Facebook page.