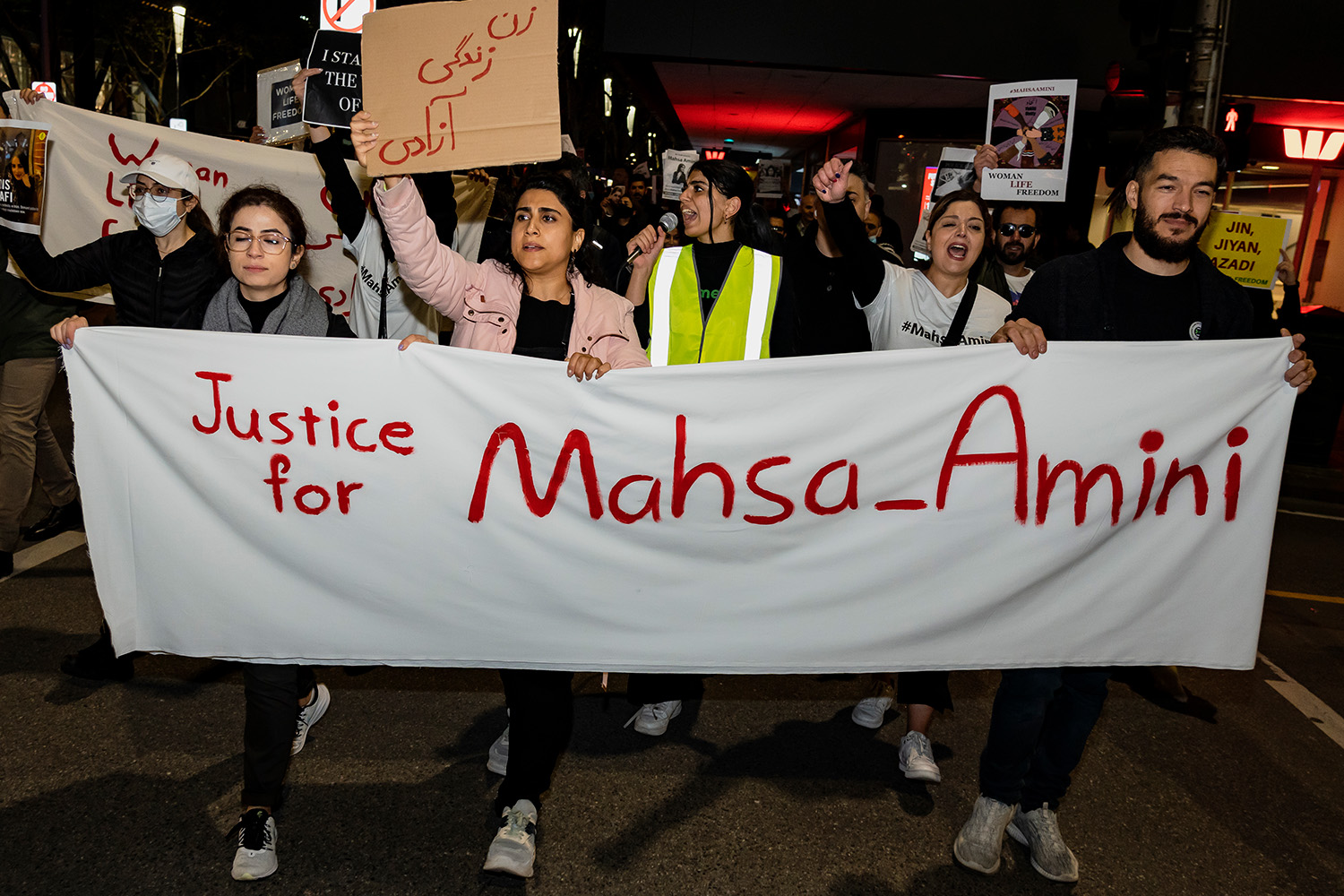 People gather in Melbourne, Australia for a second rally in a week on September 29, 2022 to stand in solidarity with the Iranian protests. Photo by Matt Hrkac, licensed under CC BY 2.0.

We as Presbyterians are mandated by our faith to stand in solidarity with the courageous women of Iran who continue to protest the murder of Jina Mahsa Amini and demand life and freedom in her name.

All are created in the image of God. We are bound together by this identity. (Genesis 1:26–27) We are guided by the Interreligious Stance of the Presbyterian Church (U.S.A.).

As the Church, we weep with the women of Iran.

We are guided by Romans 12:15: “Rejoice with those who rejoice, weep with those who weep.” We are reminded of the words written by Martin Luther King Jr. in his Letter from Birmingham Jail. He proclaimed that “Injustice anywhere is a threat to justice everywhere. We are caught in an inescapable network of mutuality, tied in a single garment of destiny. Whatever affects one directly affects all indirectly.”

We are held together by a garment of truth in this moment. We are called to communicate our solidarity and demonstrate our commitment to action. We weep with the women of Iran, we feel their pain and anger and we celebrate their courage.

As the Church, we witness to the courageous leadership of these women.

God is speaking through the women of Iran. We recognize this moment as a women-led movement, marked by incredible bravery, and women supporting women, across generations, ethnicities and religious traditions. We also celebrate all others who stand with them. 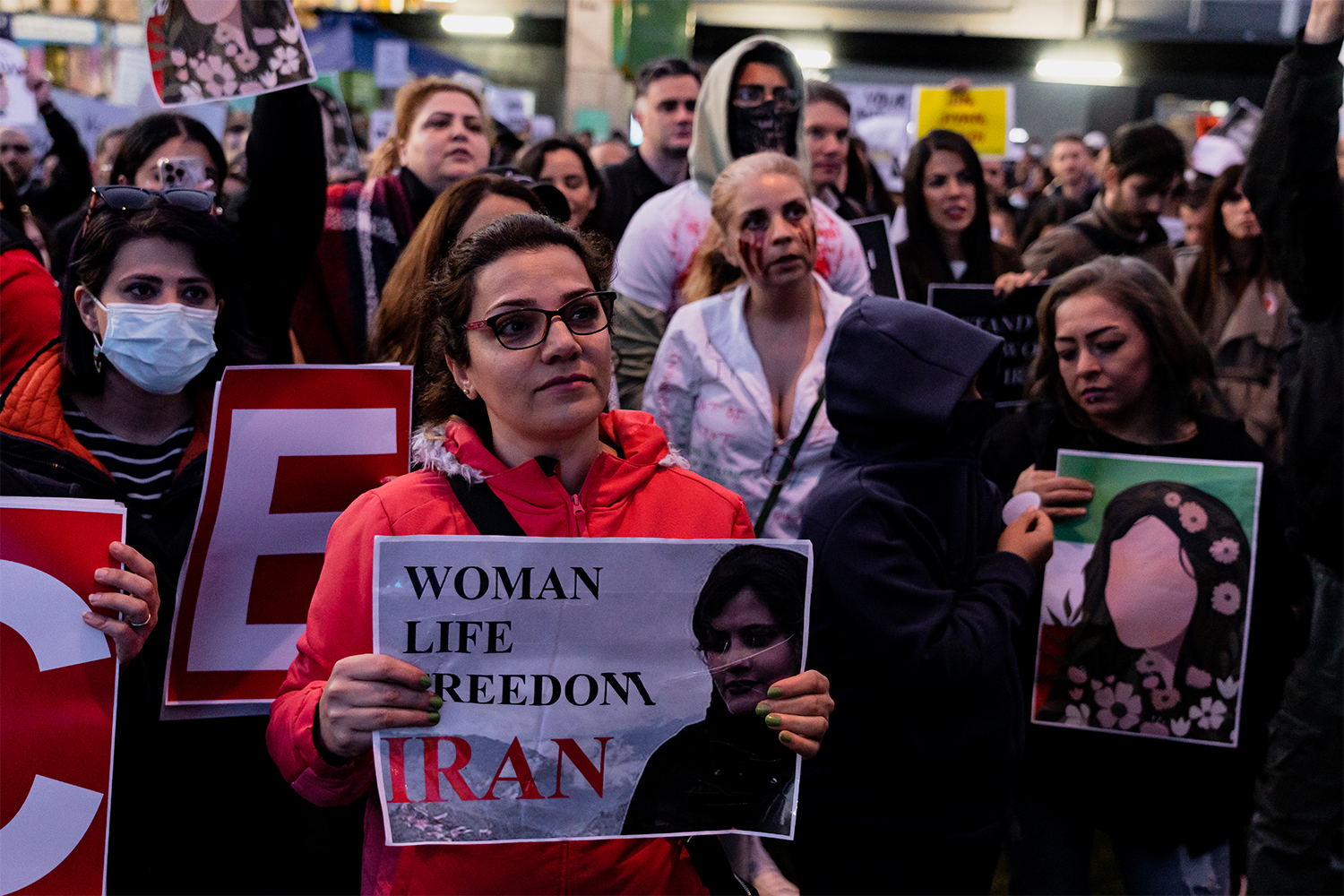 People gather in Melbourne, Australia for a second rally in a week on September 29, 2022 to stand in solidarity with the Iranian protests. Photo by Matt Hrkac, licensed under CC BY 2.0.

We believe in the Resurrection. In our sacred text, women were the first witnesses to the Resurrection in the face of violent power: “Now it was Mary Magdalene and Joanna and Mary the mother of James and the other women with them who told these things to the apostles.” (Luke 24:1–13) We also stand with the many unnamed people murdered, whose names and voices we do not hear or know, but we remember them. As they continue to be silenced, we rise up as Christians to amplify their voice. God urges us, “… what is good, and what does the Lord require of you but to do justice and to love kindness and to walk humbly with your God?” (Micah 6:8) God continues to ask of us “Where is your [sister]?” (Genesis 4:9) We rise up as the Church to ask, who is our neighbor? (Luke 10:29) We answer that question with action.

As the Church, we work beyond words, for such a time as this.

As we are called in 1 John 3:18: “… let us love, not in word or speech, but in truth and action.” This is a kairos moment for the Church to find her voice, to speak for the body of Christ and to act for embodied justice for all made in the image of God.