Home News ‘When we know better, we do better’

‘When we know better, we do better’ 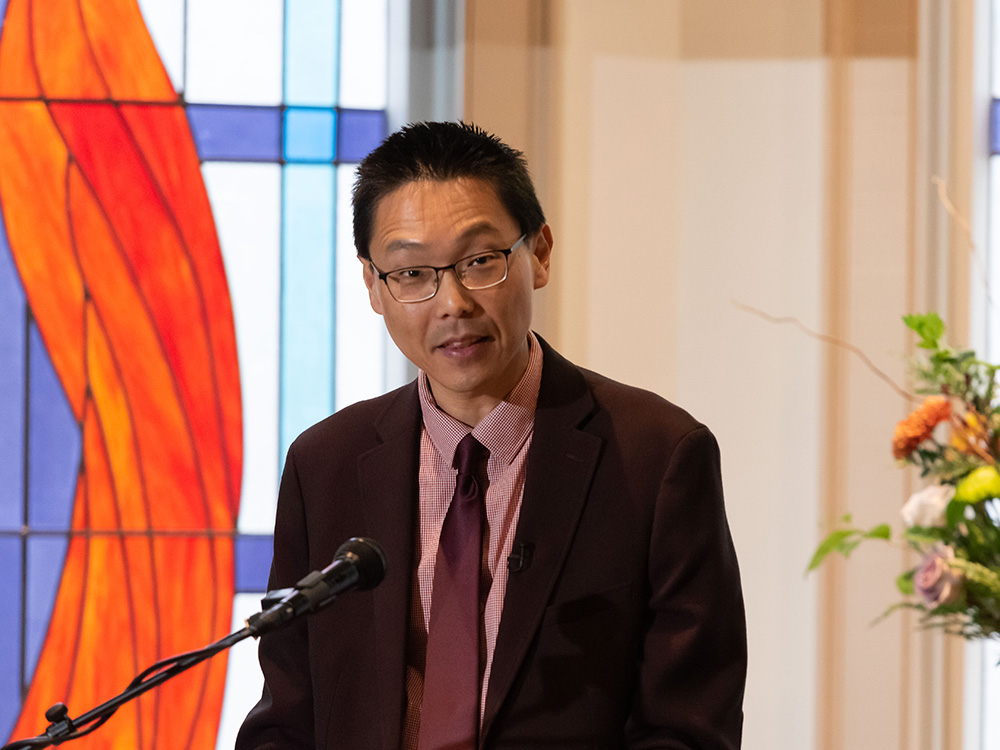 On Nov. 10 a crowd gathered at Harrington Center Chapel on the campus of Columbia Theological Seminary to hear Dr. William Yoo share about his new book, “What Kind of Christianity: A History of Slavery and Anti-Black Racism in the Presbyterian Church.” The event was co-hosted by CTS and the Presbyterian Historical Society (PHS).

Yoo’s book, published this summer, has become popular throughout the denomination, with the educator and author making appearances at congregations and presbyteries across the country to ask the question posited by the title, a quotation by Dr. Katie Geneva Cannon: “What kind of Christianity allowed white Christians to deny basic human rights and simple dignity to Blacks, these same rights which had been given to others without question?”

The talk began with a presentation by Yoo examining the Presbyterian refusal to produce any concrete actions toward Black liberation during the 1800s, even though an estimated 77,000 to 80,000 Presbyterians enslaved people during that time. (According to Yoo, that would mean half of the Presbyterians in the United States owned slaves.) From there Yoo discussed related questions he asked himself while researching and writing: What were Black Presbyterians experiencing during those years? What were the experiences of enslaved persons who were “owned” by white Presbyterians?

Yoo looked at the lives of Elizabeth Keckley and James W.C. Pennington. Keckley, widely known as the seamstress of Mary Todd Lincoln, experienced gruesome pain and cruelty at the hands of her Presbyterian enslavers. Pennington, a famous abolitionist and the first Black student at Yale Divinity School, was prevented from officially enrolling in the school or speaking in class. Only outside the denomination did he gain respect from some and notoriety from others. 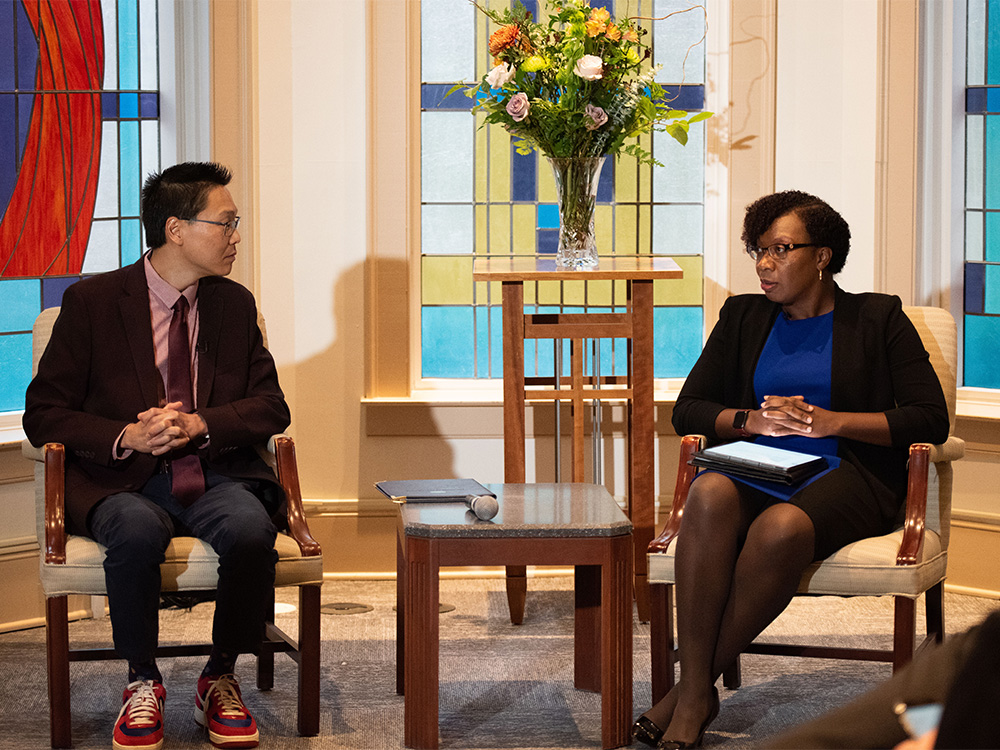 Following the presentation, historian and minister Dr. Perzavia Praylow offered her thoughts on Yoo’s work and led a Q&A with the audience.

“We’ve lived longer with the institution of slavery than we have with the experiment of integration,” Praylow reminded the audience. To assess the type of Christianity that denied the basic human rights to Black people in the United States, “we have to understand and reconcile with the past,” she said.

The venue and hosts of the evening were not unremarked on by Yoo, who is Associate Professor of American Religious and Cultural History at CTS. He criticized the seminary’s participation in the slave trade system and suggested that the institution provide reparations for the descendants of enslaved persons from whom the school had benefited or has owned.

As for the institutions that preserve the history of the church, including PHS?

“I do think there is a good legacy and witness of Black and white Presbyterian abolitionists that we can affirm, that we can celebrate, that we can learn from, lift up, and even imitate in our ministry today ... It’s not as helpful if we receive partial or sanitized legacies, memories, [and] remembrances of them.”

PHS Executive Director Nancy J. Taylor said that Yoo’s book is “powerfully based in history. At this moment in our society and culture, having that really well-researched background of history that people can share and relate to and frame their thoughts and discussion is so important.”

Taylor continued, “this book shows how libraries and archives are really important at this moment. Without that preservation of those sources, without making sure they are accessible, you do not get all of the evidence that Dr. Yoo presents to us in this book.”

For Praylow, the lesson of the evening was simple: “When we know better, we do better.”