The Rev. Jimmie Hawkins discusses his book ‘Unbroken and Unbowed’ 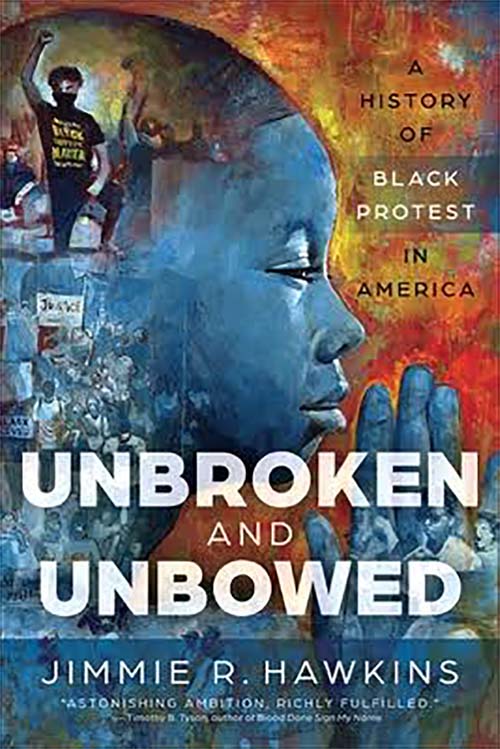 The Rev. Jimmie Hawkins recently sat down with Sonia Prescott with the Presbyterian Historical Society on an installment of PHS LIVE, an ongoing webinar series, to discuss his newly published book, “Unbroken and Unbowed: A History of Black Protest in America.” It was published by Westminster John Knox Press and released on Feb. 22.

Prescott, a Public Services Associate at PHS, opened the session with a brief introduction of Hawkins before launching into a discussion of Hawkins’ process, inspiration and discoveries relating to the creation of his book. When asked what compelled him to write “Unbroken and Unbowed,” Hawkins replied, “Being a person of faith, my primary motivation was God.”

He went on to provide the context that surrounded his initial dive into the study of Black protest in America: the action of Colin Kaepernick, the former NFL quarterback who famously took a knee during the playing of the national anthem before a game in 2016.

“A lot of the criticism that was targeted at him deemed his actions unpatriotic,” Hawkins said of Kaepernick. Hawkins began writing with the hopes of teaching those critics the history of Black protest in the U.S. The result of his research is a sweeping history that works to humanize the players in our shared past and destabilize the passive narratives that are often taught.

“After the war to end slavery, the Christian church was no longer the invisible institution hindered by paternalists and domineering oversight,” Hawkins writes in his book. “The church of the African diaspora was a vibrant, living institution. It was the first Black institution under their control that was applied as an instrument of protest and worship.”

Contribution of the church, then and now

Black theology has a long history, Hawkins said. He discussed the theology of liberation that first developed during the Civil War era and earlier. Even when enslaved communities did not have physical buildings to congregate in, they gathered, they sang and they listened.

However, the church, Hawkins said, has always been careful, particularly during the antebellum period. Despite this hesitation, the church has consistently made one overarching contribution to the history of racial protest in America: education. “It really made a substantial impact when it started educating Black people,” Hawkins said. Many of the leaders of the abolitionist movement were African American Presbyterian clergy. “There has not been a protest movement in this country where people of faith have not been integral.”

While discussing the civil rights movement of the 1960s, Prescott guided Hawkins’ attention to women’s roles in the history of Black protest. Hawkins said that “some of the strongest voices for liberation in this country come from Black women.” However strong their voices are, though, Hawkins explained that Black women have had to maneuver through two obstacles: racism and gender bias. 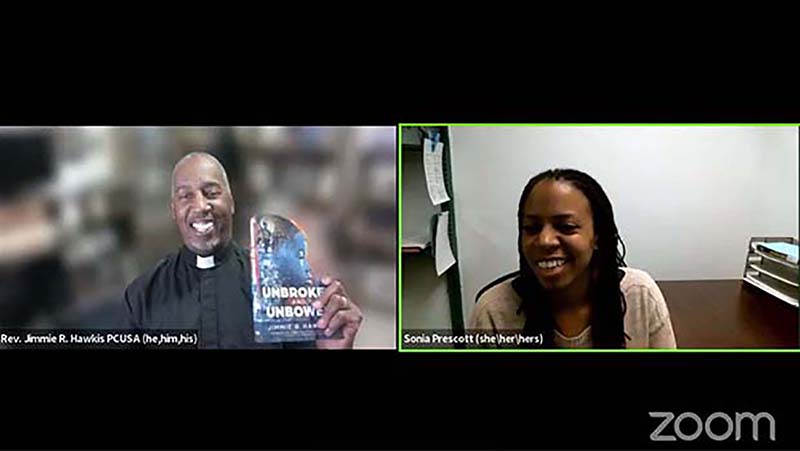 Black women involved in the civil rights movement and other protest movements have faced discrimination from not only the larger American society, but from the Black men leading their communities. Despite opposition from their own husbands, sons and friends, Black women have remained an integral part of the protest movements throughout history.

Hawkins and Prescott also touched on the debates over the teaching of critical race theory in schools and homes across the nation. “Young people can handle these stories,” Hawkins said. “We’ve got to learn how to engage with one another in discussions about fact.”

Hawkins also defended the sharing of the true historical narratives of our past by explaining that education is meant to teach a child how to think, consider different options, and look at different perspectives — and grow and learn from that. “I think that the opponents of critical race theory, of incorporating race as a talking point in the history of this country, are making a mistake,” he said.

What makes today’s protest movements starkly different from the movements of the past is the role of youth as leaders and organizers. Hawkins spoke to this by declaring his worry over the role of the church. “We are at an interesting time in the life of the Black church,” he said. “Justice is no longer being preached to the degree that it once was. … Young people have almost usurped the role of people of faith.”

Hawkins encouraged Presbyterian churches across the nation to find out what movements are occurring in their local communities, and then communicate to the young people involved that they are a resource and sanctuary for those movements.

“Let them know that the church cares about more than just the church,” Hawkins said, emphasizing that the commitment to social and racial justice is growing within the denomination. He said that perhaps churches need to stop inviting people to church-centric activities and instead churches need to find out what activities young people are interested in and try to participate in those.

Hawkins offered several suggestions for the Presbyterian community’s next steps. He emphasized the importance of collecting the personal histories of congregants, both young and old, who have participated and lived through the protest movements of the 1960s through today. He also encouraged congregations to talk to and engage with the people who fill their pews each week and to learn about their congregants’ personal involvement in the racial history of our country. He offered his own personal history as an example, sharing with the audience that his first five years of schooling took place in a segregated institution.

When asked by an audience member how writing this book affected his daily work as a PC(USA) leader, Hawkins replied: “I would say it gave me some more ammunition. I’ve always seen justice issues as integral to the life of the church.” To a similar point, when speaking of the church’s hesitation to be seen as a political entity, he said, “You can’t talk about Jesus and not talk about justice.” You cannot read the Scriptures without finding that we have all been created in the image of a God of justice, he said.

“Unbowed and Unbroken” is available for purchase now through Westminster John Knox Press. The Presbyterian Historical Society continues its series of PHS LIVE webinars next month with a session on the photographs of the Religion News Service. You can find more information about past and upcoming PHS LIVE sessions here.