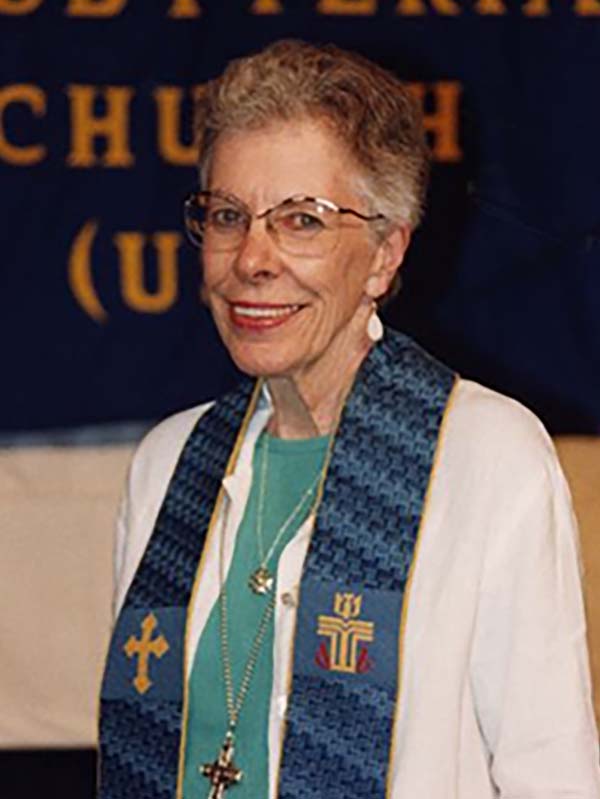 Freda Gardner, Moderator of the 211th General Assembly in 1999 and the first woman full-time faculty member at Princeton Theological Seminary, was memorialized Saturday during a Service of Witness to the Resurrection at First Presbyterian Church in Albany, New York.

Friends and family remembered Gardner, who died in 2020, for her historic career accomplishments even as they focused on her humility, wit and ready smile — which the Rev. Dr. Glenn Leupold, co-pastor of First Presbyterian Church, described as seeming to invite people “to ask me why I smile and I will tell you about my Lord and his church.”

Gardner contracted COVID-19 before her death on May 9, 2020, at age 91. Ongoing pandemic conditions delayed the service until last week, with the congregation taking health precautions including wearing masks and restricting singing to the chancel choir. Gardner had selected the service’s three hymns.

Presbyterian News Service wrote about Gardner’s life and legacy in May 2020, shortly before she was remembered during a memorial minute video by the Presbyterian Historical Society at the 224th General Assembly. A link to that video was included in the service bulletin.

In that video Katharine Sakenfeld, a professor at Princeton Theological Seminary, called Gardner “a tireless advocate for social justice, women, church educators” and the “LGBTQ community.”

Barbara Wheeler, former president of Auburn Theological Seminary, also spoke about Gardner in the video. She wrote about Saturday’s gathering in a weekend email:

“The memorial service for Freda focused on what she meant to her family, friends and the congregation she belonged to during the last years of her life. But the traits lifted up by all the speakers — gentleness, honesty, enthusiasm, love of learning, courage, faithfulness and a commitment to wide inclusiveness — were the same ones that illuminated her public accomplishments on behalf of women in theological education, church educators in the denomination and others overlooked or excluded in church and society.” 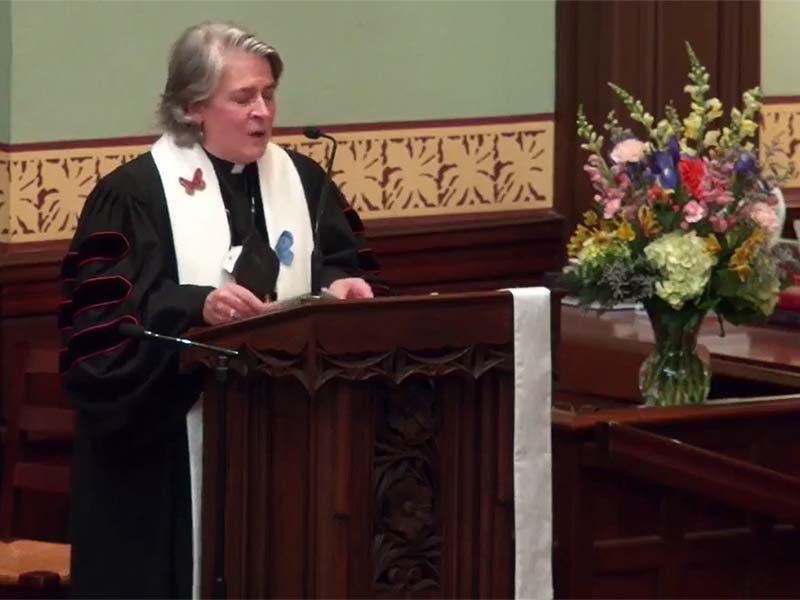 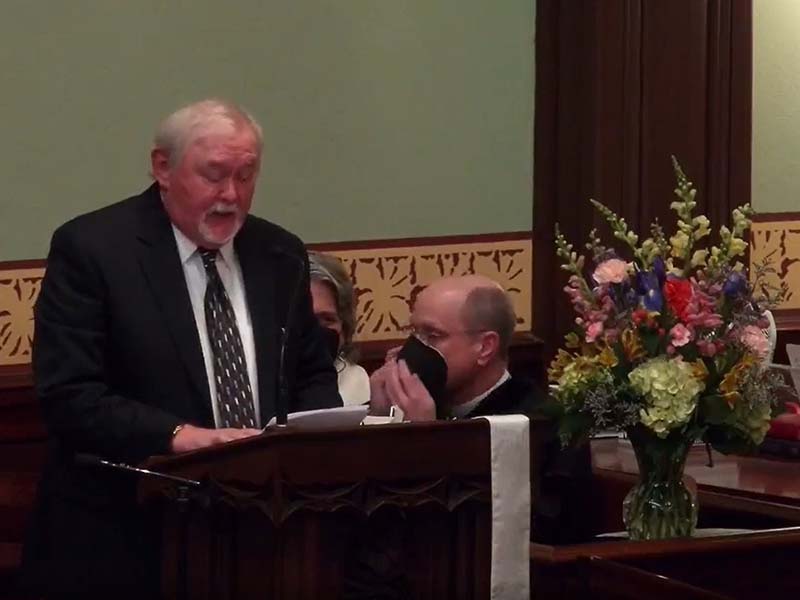 The Rev. Dr. Miriam Lawrence Leupold welcomed on-site and online worshippers to the service, saying, “We gather to share our memories of Freda as we celebrate the good news of the resurrection.” First Presbyterian Church’s other co-pastor, the Rev. Dr. Glenn Leupold, read Scripture and introduced the first friends and family members who would share personal remembrances.

Gardner’s nephew Bill said that delaying the memorial two years had been difficult, but that he took solace during that time thinking about all Freda meant to him and other members of her family.

He said Gardner moved through the world “animated by God’s Spirit in a way few people do,” before telling a story about finding a card with the words “What You Have Is Enough” at Gardner’s house in Princeton, a message she had written as a grounding reminder to herself.

Gardner’s sister-in-law Evelyn spoke about “four treasures” she uses to remember Gardner, including a recipe she plans to make soon in her memory and a list of people to remember in prayer.

David H. Wall, a colleague of Gardner’s at Princeton Theological Seminary, said she “taught us how to live as a follower and disciple of Christ.”

He remembered the mixed feelings Gardner had about receiving so much attention at the seminary — a portrait of her was displayed in the school’s entrance — and the joy she felt being with friends. In 2012, Wall traveled with Gardner to the 220th General Assembly in Pittsburgh, which she had told him would likely be her last Assembly. “It would be,” he said, “and she had a blast.”

Wall spoke about Gardner becoming a grandmother figure to his daughter Elizabeth Wall, who spoke later in the service about the woman she called “Gima” and “my hero.”

“She is one of the reasons I am a social worker today,” Elizabeth Wall said. “We should all strive to live a life as full and rewarding as Gima’s was.”

Glenn Leupold shared recollections by members of the First Presbyterian Church of Albany community and gave his own thanks for Gardner being a part of the congregation. She used to teach his adult education class when he was away — “a significant upgrade,” he joked.

“She could talk about anything with anyone and they would come away with understanding.”

Miriam Lawrence Leupold remembered Gardner’s work for peace and justice and her loyalty as a friend, professor and mentor.

“We remember with fondness her deep commitment to and work for an inclusive church,” she said. “We rejoice that she lived her life in a way that taught so many others about [God’s] love and grace.”

After the memorial service, a brief service of committal for Gardner was held at the Cemetery of the Evergreens in New Lebanon, New York.