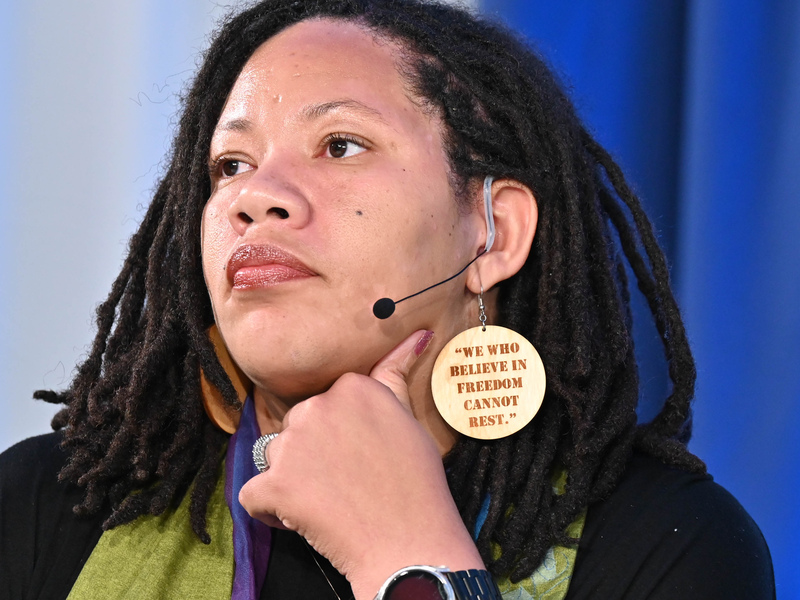 With almost all of its items having been approved via consent agenda, the General Assembly’s Immigration Committee put much of its energy Tuesday night toward IMM-06, leading the way for the Presbyterian Church (U.S.A.) to declare itself a “Sanctuary and Accompaniment Church.”

The Assembly approved the slightly amended item 340 to 25 after a presentation by the committee and a few concerns raised about what effect IMM-06 would have on individual churches.

Amanda Craft, manager of advocacy in the Office of Immigration Issues in the Office of the General Assembly, stressed that IMM-06 is not intended to force churches to provide sanctuary in the sense of accepting immigrants into a physical space, which is something that requires “a lot of discernment,” she said.

IMM-06 is about affirming “decades and decades of policy that the PC(USA) has valued and spoken to” and “encouraging congregations to use this opportunity to discern” what accompaniment or sanctuary would look like for them, Craft said.

She explained that the sanctuary movement has evolved since the 1980s, when there were large numbers of immigrants arriving from Central America seeking asylum to escape torture and death squads. Today, physical refuge is still important, but the new movement also includes accompanying people to appointments, helping them secure legal counsel, fighting for access to driver’s licenses, and working to amplify the voices of immigrants to raise public awareness of the harmful effects of immigration enforcement policies.

Expressing particular concern for Black and brown immigrants, Commissioner Kymberlaine Banks, a ruling elder from Grace Presbytery, said, “It is incredibly important to stand with and for them against all efforts by anyone to separate families. We must declare ourselves and our church to be a Sanctuary and Accompaniment Church.”

Commissioner Janalee Kosowski, a ruling elder from the Presbytery of East Iowa, was skeptical about IMM-06, though. She began by clarifying concerns that had been raised during committee, insisting that they were not about protecting “the white people back home” as some had thought. Rather, there was concern about a lack of clarity about what the PC(USA)’s declaration would mean at the congregational level as well as concern about wording that encourages church entities to “resist efforts by the government to separate families,” she said.

“People I know are in their 70s and 80s and were brought up very much by, you know, my country right or wrong, and so the idea of combating (or) resisting — I mean, get your gun? What? — the government as opposed to opposing these policies,” she said. “I’m just trying to ask questions and understand exactly what this means.” 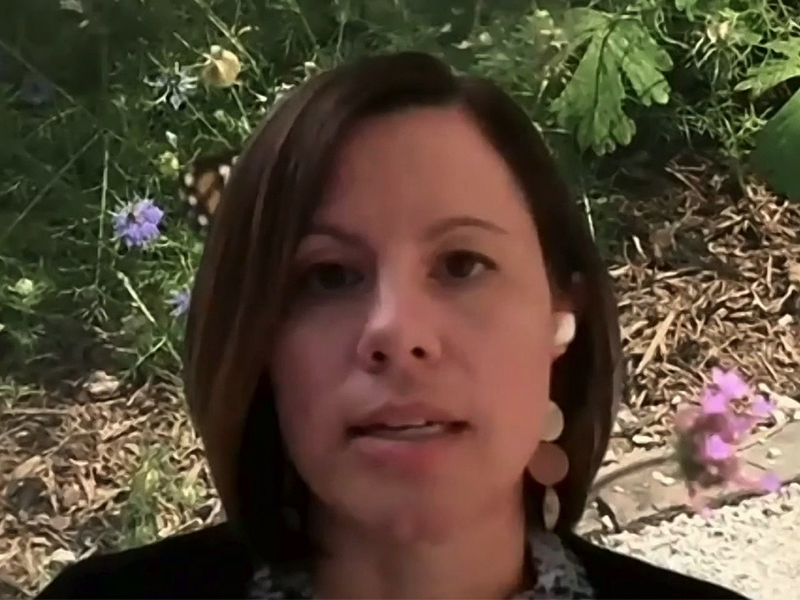 Amanda Craft, an assistant stated clerk who serves as manager of advocacy in the Office of Immigration Issues. 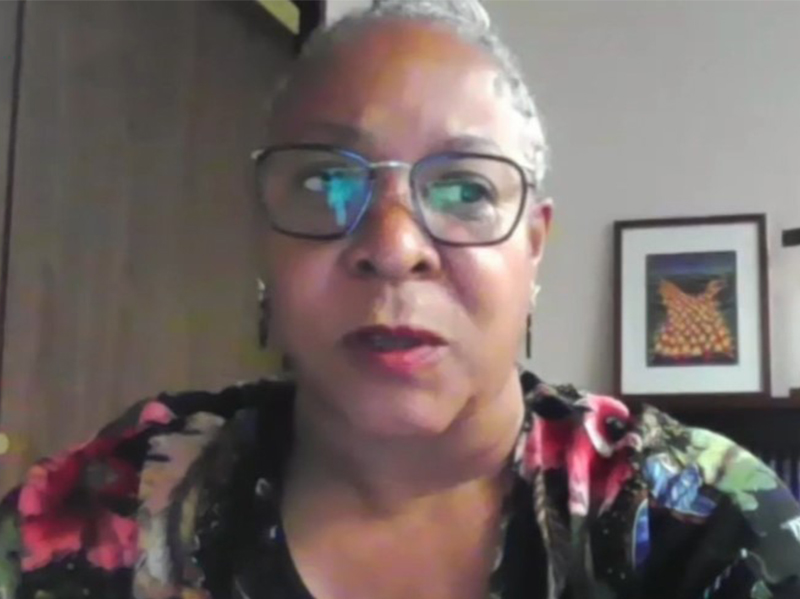 She also noted that her congregation has people from all over the world and that people shouldn’t assume there’s a lack of heart for the work. “We know how to help refugees.”

But ultimately, the vote favored the side of Commissioner Charles Weathers, a ruling elder from Trinity Presbytery, who had urged the church to take a strong stance.

“I stand in favor of this overture,” he said. “Someone mentioned the word ‘bold’ a little while ago. And if we’re going to be anything, it is time to be bold. And if we're going to be called anything, I think it’s acceptable to be called a place of sanctuary and accompaniment. … We’re in a space now where we see daily the other-izing and the ostracizing and the demonizing of others in so many different ways, and … I highly encourage us to take this opportunity to stand with boldness and courage for our siblings in Christ across the world.”

A section was amended to say, in part, that the Office of General Assembly stands ready to assist “its councils” (rather than congregations) with discerning their calls on this issue and to inform them of their legal risks.

Items from the Immigration Committee that passed via consent agenda included:

IMM-03: “A Resolution to Establish a Network of Immigration Lawyers.” It urges Presbyterian attorneys, paralegals and some others to get trained in asylum law.

IMM-08: “Regarding the Treatment of Refugees.” It involves educating the whole church about conditions that precipitate migration, about obstacles to the care of refugees, and about detention and deportation practices.

IMM-09: “A Resolution Supporting Immigration/Refugee Justice Work in the PC(USA).” It encourages continued collaboration between the Presbyterian Mission Agency and the Office of General Assembly to maintain and strengthen the work of the church as well as partners.

In addition to hearing immigration matters, the Assembly also took up a handful of Polity Committee items that had carried over from the previous plenary. Most of the items were disapproved.

POL-04: “On Amending G-2.1002 Regarding Ordaining a Commissioned Ruling Elder as Minister of the Word and Sacrament.” (Disapproved with comment, looking toward the establishment of a task force.)

POL-08: “On Amending G-2.0301 to Allow Congregations to Elect Members as Ruling Elders for Service to the Larger Church.” (Disapproved)

POL-12: “On Amending G-2.0504 Regarding Parish Associates, seeking to restore the office to the Book of Order.” (Disapproved)

POL-07: “On Amending G-2.0503 to Change the Designation Honorably Retired to Retired.” (Approved)

POL-09: “On Amending G-6.04e Regarding Two-Thirds Affirmative Vote to Amend the Book of Order.” (Disapproved)