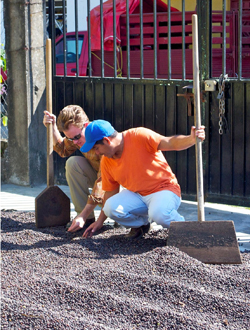 In the past few years, short-term mission trips have gotten a bad rap, but on a recent delegation to the U.S./Mexico border, nine Presbyterians heard from those in the field who don’t immediately dismiss short missions.

The debate over how much difference such trips really make has been a constant source of discussion among missiologists — there is little hard evidence that much significant work gets accomplished because there are few physical signs of change on mission fields. Another charge is that short-term mission trips are often paternalistic and selfish.

On the other hand, Tucson Elder Michael Hyatt said, “Short-term mission trips are about learning, sharing and educating. We go to learn from and about the people and projects we are visiting and to share our gifts — ours with them and theirs with us — whatever they may be, and then to educate the people in the churches back home, which is also sharing.”

Elder Lynda Fredsell, of Greenville, S.C., said that “short-term trips helped me understand more so I could help people back home understand how good and wonderful the people of Mexico are. There is so much fear of foreigners.” 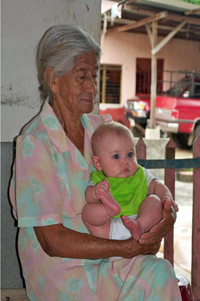 Leisha Reynolds-Ramos, a former Young Adult Volunteer with Frontera de Cristo, said that “short-term mission trips are about relationships. It is OK if groups want to do work projects, but even those should be focused on the relationship, not accomplishing a certain project. It is important to those who live on the mission fields to have relationships.”

The Border to Border delegation that took nine Presbyterians from Agua Prieta on the northern border of Mexico to Chiapas on the southern border, heard echoes of Reynolds-Ramos from the people they met, stating that having friends in the United States gives them courage and helps them feel God’s love.

To travel regularly to visit those we have gotten to know is a way of walking with them through their celebrations and trials.