‘The Waltons’ star Ralph Waite finds a home in church

Actor Ralph Waite attends Spirit of the Desert Presbyterian Fellowship in Palm Desert. Waite, who currently has roles in “NCIS” and “Days of our Lives,” played John Walton in “The Waltons” TV series.— Photo by Marilyn Chung, The Desert Sun.

In a tiny church in Palm Desert, Ralph Waite has returned to his religious roots.

Waite, 82, an actor best known for his role as John Walton Sr. on the 1970s TV series “The Waltons,” is an ordained Presbyterian minister who left organized religion nearly 50 years ago.

Though busy with a new role playing Mark Harmon’s father, Jackson “Jack” Gibbs on the popular CBS series “NCIS,” Waite said he wanted to “get re-involved in some level in my religion,” and went searching for a congregation that shared his progressive religious and political views.

He discovered Spirit of the Desert Presbyterian Fellowship, which meets Sunday evenings at United Church of the Desert on Warner Trail here.

“It was just what I was looking for,” said Waite, who lives in Palm Desert with his wife of 30 years, Linda.

The services are led by three retired pastors, including Chuck Rassieur.  “We are strong advocates of peace and justice,” Rassieur said. “We are very welcoming to gays and gay issues.”

The church also has guest ministers, including Waite, who delivered a sermon — “We are all Jews” — at the group's July 4 worship service. The lesson was taken from the 2nd Book of Kings.

“I spent a couple of months reacquainting myself with the Old Testament. ... It's the root of our religion,” he said.

Waite, who served in the U.S. Marine Corps from 1946 to 1948, attended Bucknell University in Lewisburg, PA, on the GI Bill.  He earned his master’s degree from Yale University Divinity School and became an ordained Presbyterian minister.  He later left the ministry and went into publishing with Harper & Row in New York City.

At 33, he sat in on an acting class. “I said, ‘Let me try a scene,’ and I fell in love with it.”  He made his stage debut in 1960 in a production of “The Balcony,” at the Circle in the Square Theatre. He continued performing in Broadway and off- Broadway plays while also landing parts in high-profile movies, including “Cool Hand Luke” and “Five Easy Pieces.”

Waite’s favorite stage role was “King Lear, by far,” he said. In 1971, he was called out to Hollywood to work on “The Waltons,” an hour-long drama about rural Virginia family struggling through the Great Depression.

Waite — now 38 years sober — was an alcoholic when he first began shooting “The Waltons.” It didn’t take long for Waite to realize he was living a life contradictory to the role of the hardworking, reliable father he was playing on TV. “I was a caring, responsible father to all of these kids,” he said. “But I was drinking the night before and being a drunk on the side. I found a way to get sober.”

“Hollywood changed my life,” he said. “It turned me into a human being.”

Waite and his wife Linda made the Coachella Valley — two hours east of Los Angeles — their second home after spending two weeks in the desert in 1986. 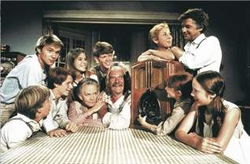 “When I finished ‘The Waltons,’ CBS wanted me to produce and act in another series,” Waite said. He shot the short-lived series “The Mississippi” on location — an assignment that took a toll on him.  “I did it 15 to 18 hours a day — producing and acting,” Waite said. “When I got back, I was exhausted.”

Waite and his wife were living in Los Angeles at the time. “My wife said, ‘I love the desert,’ let’s go there to relax for a couple of weeks,” Waite said. “I came here and lo and behold, I began falling in love with it. For some reason, it kept attracting me,” he said. “I said, ‘Let's move down there.'”

Their first home was at The Springs in Rancho Mirage. After years of splitting time between L.A. and the desert, they moved to the Coachella Valley permanently eight years ago. “The more I stayed, the more beautiful the scenery became — the silence, the sense of space, the quietness ... I just love it out here now,” he said.

Waite was a longtime volunteer and board member of the ABC Alcohol and Recovery Center in Indio, serving for years as president.

Along with his brother, Donald Waite, now deceased, and other family members, he established the popular eatery Don and Sweet Sue’s Cafe in Cathedral City.

On the campaign trail

Waite, a Democrat, entered the political fray in 1990 when he challenged incumbent Republican congressman Al McCandless, representing the 37th district in Riverside County, losing by 5 percentage points. Waite said he got involved in politics because “I thought our representative in Congress was not up to par. I ran and lost, but had a great time.”

In 1998, Waite ran in the special election for the unexpired 44th Congressional District seat left vacant when incumbent Republican Sonny Bono died in a skiing accident.  Waite was defeated in that election by Mary Bono, Sonny’s widow.

Waite won the Democratic nomination for the general election in the June primary, but dropped out before the November election. “I realized it was a lost cause,” he said. “After about three months, I backed out of the race. “That was different,” he said. “It was such a sympathy vote that she won easily.”

The here and now

After a recent service and fellowship dinner, Waite nibbled on pizza, served up slices of chocolate cake — he was responsible for bringing dessert that evening — then bid farewell to his fellow worshippers. It was 7 p.m. and time to hit the road for the long drive to the “NCIS” set for a 5 a.m. call. “It’s probably the best set I've ever worked on,” he said. “And I’ve worked on a lot of sets.”

On Thursday, Waite returned from Los Angeles after spending time on the set of the daytime series “Days of Our Lives.” Waite plays the recurring role of Father Matt on the long-running soap opera.

And any time he’s walking down the street, fans like to reenact the nighttime ritual on Walton’s Mountain. “I hear ‘Goodnight, John Boy,’” Waite said, smiling.

Tags: spirit of the desert presbyterian fellowship, the waltons