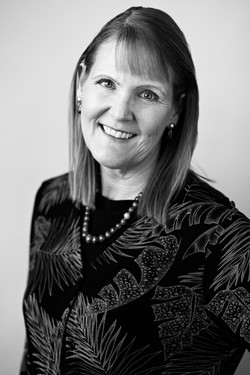 Deborah Bruce, research manager for the Research Services office of the Presbyterian Church (U.S.A.) and one of the foremost religious researchers in North America, died July 11 of complications from a stroke. She was stricken at her home here July 7 and never regained consciousness.

Bruce was project manager for the monumental U.S. Congregational Life Surveys conducted in 2001 and 2008 to measure and analyze significant changes in congregational life in this country. It was the largest congregational survey ever conducted.

She and her close friend and colleague Cynthia Woolever, who served as director of the surveys, have written three books based on the surveys, including the seminal A Field Guide to U.S. Congregations: Who’s Going Where and Why. A fourth book, Leadership That Fits Your Church: What Kind of Pastor for What Kind of Congregation, is due out this fall.

Bruce had just returned from the PC(USA)’s 220th General Assembly in Pittsburgh ― where she presented the latest findings from her research ― when she was stricken.

Deborah Bruce received her bachelor’s degree from the University of California-Santa Barbara and master’s degree in research psychology from San Diego State University. She worked in a variety of applied research settings before coming to the PC(USA) in 1993. She has served as an officer for the Religious Research Association and is a member of that organization and the Society for the Scientific Study of Religion, the Association for the Sociology of Religion and the International Society for the Sociology of Religion.

Bruce has presented numerous papers at professional meetings, and has published many articles in professional journals.

She is survived by her husband, Reg, and other family members. Memorial service arrangements are pending at Caldwell Chapel on the campus of Louisville Presbyterian Theological Seminary.