Serving in Africa and Asia

Seven newly appointed or reassigned Presbyterian Church (U.S.A.) mission co-workers will complete orientation at the end of July in preparation for international assignments that will begin in coming weeks. They include:

Choon and Yen Hee Lim, who have been reassigned after serving for more than a decade in campus ministry in Taiwan. Choon has been named regional liaison for East Asia and will work with partner churches and organizations in China, Japan, North Korea, South Korea and Taiwan and will support the ministries of other mission personnel in the region. Yen Hee will assist Choon in this ministry. Working with the Presbyterian Church in Taiwan, the Lims initiated the Aboriginal Campus Ministry in Hualien in 1999. Previously, they served under mission appointment in South Korea. 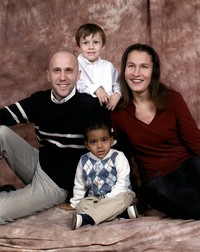 Kari Nicewander and Joel DeJong, who will work in a Community Health Evangelism program (CHE) in Zambia. CHE is a form of outreach that combines community health and development, evangelism, and discipleship. After her ordination by the United Church of Christ in 2003, Kari was pastor of two congregations, Edgewood United Church in East Lansing, Mich., and Manchester United Church of Christ in Manchester, Mich. Her husband, Joel, worked as a graphic designer for the Ann Arbor Observer. The couple will be accompanied by two sons, Frankie and Johnny.

Dessa Palm, who will serve in a Christian theater ministry in the Philippines.  She will coordinate the Theater for Evangelism and Advocacy, a ministry of the United Church of Christ in the Philippines. It seeks to train church members to creatively communicate the gospel and bear witness to the transformative role of a caring and compassionate church. Dessa, a native of the Philippines, joins her husband, Cobbie, in mission service. In addition to her background in the dramatic arts, she also has worked in nonprofit management. 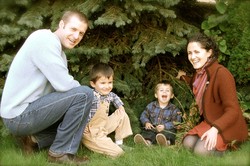 Tim and Rachel Stone, who will serve at Zomba Theological College in Malawi, an institution of the Church of Central Africa Presbyterian. Tim will be a professor of Old Testament and will be supported in this role by Rachel. Tim has taught at Shasta Bible College in Redding, Calif., and served as a tutor at the University of St. Andrews in Scotland, where he earned his doctorate. Rachel holds a master’s degree in English from Loyola University in Chicago and is a certified doula (childbirth assistant). They are the parents of two sons, Aidan and Graeme.

In addition to the mission co-worker appointees, three other people attended the orientation to prepare for Presbyterian-related cross cultural service. They include Andrew Ruth, a global mission fellow at Madison Avenue Presbyterian Church, who, along with his wife, Claire, will be serving in Zambia, and Duke Morrow, the new pastor of Utqiaġvik Presbyterian Church in Barrow, Alaska.