A tribute to Nelson Mandela

How a seemingly inevitable bloody revolution was avoided 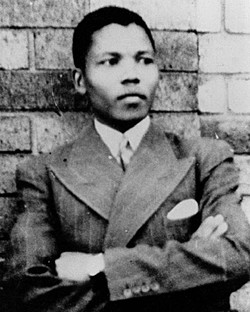 For at least 60 years, the light of Nelson Mandela, the man known to his people as Madiba, has shined over the struggle by black South Africans to achieve justice and freedom from the virtual slavery of apartheid.

Born in the Eastern Cape to a devout Methodist mother, Mandela received Christian baptism as a child and was tutored throughout his early life in Methodist schools. As Mandela got older, he increasingly had difficulty reconciling what he had been taught about Jesus as an embodiment of God’s compassionate justice and what he observed in the administration of apartheid by the colonizers—first British and then Dutch/Afrikaner—who were avowedly Christian.

That contradiction weighed heavily on Presbyterians in the 1980s when the violence reached a fever pitch. Not only had the resistance groups been banned and many of their leaders killed, but even the South African Council of Churches had been banned and forbidden to receive any form of financial aid from overseas partners such as the Presbyterian Church (U.S.A.). For many of us who had spent years trying to support our partners in their struggle, envisioning a peaceful resolution to this tragedy seemed out of reach. No matter how hard we prayed, the only possible outcome seemed to be a revolution, which would involve a terrible bloodbath across all lines of racial division.

But that hopelessness seems to have never fully reached Mandela. The lawyer who became a revolutionary—the man who advocated in the courts in behalf of the victims of apartheid and then helped carry out guerrilla activity against government installations—Mandela was not always an advocate of nonviolence, especially in the face of government violence. And when his group of revolutionaries was accused of plotting against certain individuals, the South African government captured Mandela, convicted him of treason, and sent him to the maximum-security prison on Robben Island. Nelson Mandela spent 18 years there, breaking rock and mining lime.

Not one to be defeated, Mandela turned those hours in the quarry into conversations among the prisoners. These involved serious education for those who were illiterate and included strategy sessions as to how to conduct themselves as prisoners and what they would do to work for freedom if they ever got out. As the struggle continued on the mainland, Mandela remained the symbol that gave his people hope and the fortitude to continue the fight.

Then F. W. de Klerk became President of South Africa. He was a pragmatist who knew that apartheid was not sustainable and that the key to a peaceful future was a man convicted of violent treason. On February 2, 1990, Mandela was freed, and that future for South Africa was set in motion.

In 1994 Nelson Mandela became president of a very different South Africa. He was elected by a rainbow of voters, most of whom had never been able to vote in a free election and many of whom, some in their 80s, waited as long as three days to vote. Pushing aside those who suggested that this was the hour for revenge, Mandela created a coalition government that included some of his adversaries and established the Truth and Reconciliation Commission under the leadership of Archbishop Desmond Tutu.

South Africa still struggles to fully claim the future that Mandela and so many others envisioned, but the bloody revolution that seemed so inevitable was avoided. And Mandela remains a symbol of the miracles God, using unexpected instruments, can bring about.