Home News The treasure of transformation in Christ

The treasure of transformation in Christ 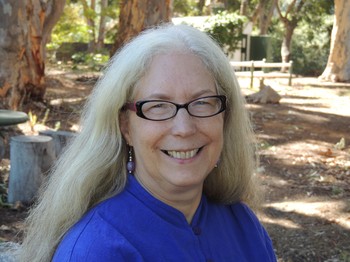 Debbie Blane, a mission co-worker with the Presbyterian Church (U.S.A.), was a teacher at Nile Theological College until the civil war broke out in South Sudan in December. Fighting began while Blane was visiting Ethiopia, and she has been unable to return to South Sudan.

There are around a million internally displaced people in South Sudan and thousands of refugees crossing into Sudan, Ethiopia, Kenya and Uganda. These refugees are putting a strain on those countries as the governments try to provide services. However, many of the displaced people and refugees are suffering from severe malnourishment.

Blane has been focusing on this term “treasury” and flipping it to describe her work at Nile Theological College. The lesson she focused on teaching her students there was the treasure of transformation in Christ.

“My prayer is to be able to return to South Sudan and continue teaching those students because it’s clear that the lesson needs to go deeper for the whole country,” Blane said.

World Mission is focusing on three critical global issues with overseas mission partners: poverty alleviation; evangelism and the eradication of violence, particularly against women and children.

Blane has focused on these issues in her classes, especially the alleviation of poverty and the eradication of violence. After hearing from various students, she has discovered that her lessons had a greater effect than she had imagined. One student contacted her to say that he has moved his family so that his wife and children can be educated. Another sent her a message that while at another class in Ethiopia, he and contradicted those opposing women’s rights because of what she had taught him.

Blane expressed the need for prayer for all those being affected by the civil war.