Major themes of the Belhar Confession explored in Being Reformed study 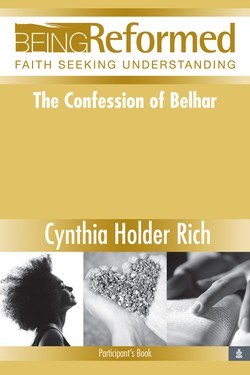 Explore what it means to be a confessional church and to meet and confess our faith in the face of racism in its various forms with Being Reformed: The Confession of Belhar.

This introductory six-session study focuses on the major themes of unity, reconciliation, and justice in the context of the Church’s Trinitarian belief. It is written by renowned Presbyterian scholar Dr. Cynthia Holder Rich, who served on the Special Committee on the Confession of Belhar for the 221st General Assembly (2014).

The Belhar Confession emerged from South Africa as a witness of Christian faith against the sins of racism. Penned in 1982, the confession has been adopted by many denominations, including the Reformed Church in America.

Being Reformed: Faith Seeking Understanding is a series of biblically based studies that provides adult participants with a foundational understanding of the Reformed faith. Each six-session study—written by well-known and respected scholars—features Scripture, prayer, in-depth commentary, and questions for reflection.

The Confession of Belhar is available at pcusastore.com. It also can be downloaded in user-friendly e-reader formats for Kindle and iBooks.

Learn more about Being Reformed at pcusa.org/curriculum.