Play to open in Minnesota in February 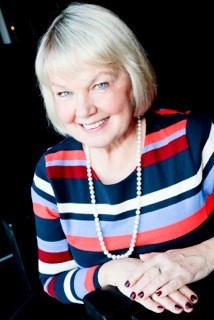 What kind of person does it take to blaze a trail for those coming behind them?

In God Girl, a play by the Rev. Kristine Holmgren, the author tells her own story of doing just that when she attended Princeton Theological Seminary in the 1970s.

“Many of us went to seminary and those of us who were female met real strong resistance to that from the male-dominated church systems,” Holmgren said. “I think the story anchors a lot of common experiences for many people in my generation. Those of us who stood up for things that we believe to be common sense in terms of what we were capable of doing and what we should be able to do — in our personal missions and in our vocations — those of us who stood up for those things really took a lot of heat in the ’70s and in the ’60s as well.”

Holmgren didn’t go to Princeton naïve about the challenges she would face; in fact, she went intending to be an agent of change. That’s what God Girl is about.

The play focuses on the pressure for the seminary to see the damage of patriarchy while telling the stories of women who feel assaulted rather than nourished. Physical attacks, humiliation, sexual harassment and inappropriate use of power are a few of the realities Holmgren and her classmates experienced and which are portrayed in the play.

In the play, professors address students by saying, “Men, open your books … Remember, you are sons of God ... This is a brotherhood of man…” This male-centered language is intentionally used to belittle the female students in the room.

Holmgren and other female students at the time believed themselves to be on the front lines, challenging a system of theological education that saw no need to change and frequently pushed away people who insisted it should.

“I had people in my life who told me that it was important and … we knew we were making history. We knew we were changing things,” she said. “We actually said, ‘People who come behind us will say you did this for us. You broke through these things so that we could be free, so that we could have more opportunities.’”

Artistic directors from the History Theatre in St. Paul, Minnesota, attended a staged reading for Holmgren’s first play, Paper Daddy, which she wrote for an acting class she took in 2008. They approached her afterward and asked if she could write something that would meet the mission of the History Theatre to entertain, educate and inspire through works that “explore Minnesota’s past and the diverse American experience.” After some discussion about her personal background that included her days at Princeton, Holmgren and the directors agreed that her story begged to be told.

Her story still carries a lot of relevance today, not only as a reminder of the work done by those who came before to open the doors, but also of how precious that progress is, how easily it can be lost and of the struggles those coming along today still face, Holmgren said.

God Girl opens at the History Theatre in February 2015 and will run into March. Tickets and cast information can be found on the theater’s website.

Holmgren would love to see the show produced somewhere on the East Coast as well so that some from Princeton could see it.

“I think [that] would be really fun because I think that some of the stories I tell will be very familiar to people who live in Princeton and know Princeton and understand the culture of that academic environment,” she said.

Although Holmgren has retired from active ministry, she still feels she is making a difference through her plays.  Her stories deal with people and circumstances and provoke thought.

“I hope to be having an impact. It’s what my life is about. I went into the ministry to change the world. Everything I’ve done, I’ve done to try and inform myself on how to be a better person, how to make a difference wherever I am, and this playwriting has certainly been that way,” she said.