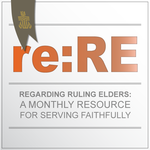 How many Presbyterians does it take to change a light bulb?  It takes a council, in stated meeting, to determine if a new light bulb is in the ministry plan of the council, if there is funding for a new light bulb, and if persons can be called who will faithfully carry out this mission.

One of the hallmarks of presbyterian belief and governance is that we don’t place much decision-making authority with individuals, who are prone to “idolatry and tyranny.” (F-2.05) Instead, decisions about the mission, ministry, and governance of the Presbyterian Church are made by ordered groups of people gathered in “councils.”  These councils, from most local (governs a congregation) to most inclusive (governs the whole denomination), are called session, presbytery, synod, and General Assembly. (F-3.0203)

The next larger council is the presbytery, composed of at least ten sessions and ten teaching elders within a certain district. The presbytery is charged with oversight and nurture of the congregations and ministers within its bounds.  It may organize, dismiss, and dissolve congregations; oversee congregations without pastors; establish and dissolve pastoral relationships; receive, dismiss and discipline its members; oversee the process by which individuals become teaching elders; and maintain ecumenical relationships.  (G-3.0301) The presbytery elects commissioners (voting representatives) to synod and to General Assembly.  Powers not specifically delegated “are reserved to the presbyteries.” (G-3.0101).

The synod is the next more inclusive council, with at least 3 presbyteries in its region.  Synod is responsible for the life and mission of the church and for supporting the presbyteries throughout its region. (G-3.0401) There are currently 16 synods, each with a distinct ministry and mission.

The General Assembly is the council of the whole church.  It meets biennially and deliberates on matters of governance, mission, social witness, and doctrine.  (G-3.0501)

The councils are distinct and have assigned responsibilities, yet have “such mutual relations that the act of one of them is the act of the whole church.”(G-3.0101) For instance, only the session is empowered to ordain ruling elders and deacons.  Only the presbytery is empowered to ordain teaching elders.  Yet when a session or presbytery has acted and ordained someone, that ordination is recognized by the whole church.  The minister’s credentials are valid across the denomination.  The ruling elder may transfer membership to any other Presbyterian Church and, upon election by that congregation, serve on the session without being re-ordained; or may assume other duties of ruling elders.

For more about the
information provided here
:

Councils are “composed of presbyters elected by the people” (G-3.0101).  Presbyters are teaching elders (also called ministers of the Word and Sacrament) and ruling elders (members of a congregation elected by and ordained in a congregation.) When presbyters meet in councils, they are not bound by the will of the people who elected them, but “seek together to find and represent the will of Christ.” (F-3.0204) Discernment processes and Roberts’ Rules of Order are the tools by which they deliberate.  Decisions are reached by majority vote. Councils above the session are composed of teaching and ruling elders in numbers as nearly equal as possible.

And that light bulb? How many Presbyterians does it take in your council?

Alyson Janke is a Ruling Elder, currently serving as the Stated Clerk of John Knox Presbytery.  She teaches Presbyterian Polity at the University of Dubuque Theological Seminary and serves on the General Assembly Advisory Committee on the Constitution.  She and her husband and son own and operate a dairy farm in central Wisconsin.