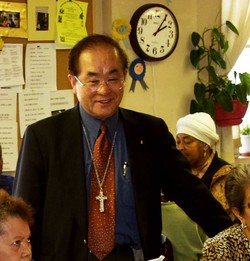 The Reverend Syngman Rhee, a Presbyterian minister, seminary professor, and respected leader in the Presbyterian Church (U.S.A.) and wider faith community, died January 14 in Atlanta shortly after being diagnosed with an aggressive form of cancer. He was 83.

Elected in 2000 as Moderator of the PC(USA) General Assembly, Rhee was the first Asian American to serve in that position. He also served as president of the National Council of Churches from 1992 to 1993.

“Syngman was a tireless disciple of Jesus Christ,” said the Reverend Gradye Parsons, Stated Clerk of the PC(USA) General Assembly. “He traveled from the hopeless landscape of the Korean War to become a global leader in missions. He was a giant of faith with a humble spirit.”

Rhee was born March 25, 1931, in Pyongyang, Korea, where his father was a Presbyterian minister. When the Korean War broke out in 1950, he and his younger brother joined the flood of refugees fleeing south. They left behind their parents and four sisters.

Rhee lost contact with his family for twenty-eight years, until a friend of the family arranged for him to meet with his sisters in North Korea in 1978. He learned that his mother had died eight years earlier and that his father had been arrested by the Communist regime and died in prison.

The painful experiences of war and separation from family motivated Rhee’s lifelong quest for peace and reconciliation, particularly between North and South Korea.

After emigrating to the United States, Rhee attended Davis and Elkins College in Elkins, West Virginia, graduating with a BA degree in 1957. He graduated from Louisville Presbyterian Theological Seminary in 1960 and he and his wife, Haesun, married in July of that year. Rhee received an S.T.M. from Yale Divinity School in 1965. 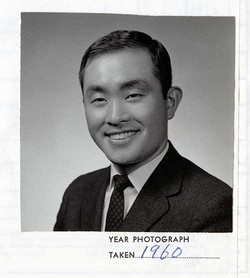 Rhee began his career serving as pastor of two small congregations in Louisville. As a campus minister at the University of Louisville in the early 1960s, he participated in the Civil Rights Movement with Dr. Martin Luther King Jr.

Rhee served for twenty-five years on the national staff of the United Presbyterian Church in the U.S.A. (the northern Presbyterian church prior to reunion in 1983) and the PC(USA). He coordinated mission work in the Middle East and East Asia and then became associate director for the PC(USA)’s Worldwide Ministries Division.

“Syngman Rhee is one of my dearest friends,” said the Reverend Clifton Kirkpatrick, former Stated Clerk of the PC(USA). “He is one of the great saints of the church and has served the church well.”

“I give thanks for all he has meant,” he said.

In 1998, Rhee was appointed Visiting Professor of Mission and Evangelism and director of the Asian American ministry and Mission Center at Union Presbyterian Seminary in Richmond, Virginia. He retired in 2013 and the following year was invited to become Distinguished Visiting Professor in the Practice of Global Leadership Development at Columbia Theological Seminary.

Shortly after Rhee was hospitalized in Atlanta, the family posted the following: “Even in the midst of this situation, every day, Syngman expresses deep gratitude for his life in the church, in ministry, and in the world, and for his many relationships and experiences in ministry over the course of his entire life. They are very much on his mind and in his heart. He feels a sense of unfinished business but he knows that there are many who will continue on as God’s church in the world for justice, peace, and reconciliation.”

Rhee is survived by his wife, Haesun, and his children, Anna, Peter, and Mina.

For information on arrangements, please go to http://syngmanrhee.webs.com/