The challenges and rewards of prison ministry 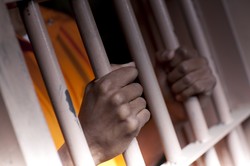 Those who choose to go into Christian service will tell you that the call to ministry can be very loud and lead you down a path you never expected. God can take you out of your comfort zone and place you in a situation you have never been exposed to. But the blessings can be overwhelming.

Prison ministry takes a special commitment. Ministers are exposed to persons who have committed murder, sexual offenses, child abuse and more. Some have no remorse for their crimes and are as dangerous behind bars as they were on the outside. But what about those who do see the error of their ways and seek forgiveness and an opportunity to turn their lives around? What is the church’s responsibility for these?

According to the U.S. Department of Justice, nearly 6.9 million people were in the care of adult correctional systems at the beginning of 2014. One in 35 adults was under some form of correctional supervision. State correctional facilities and local jails across the country continue to deal with overcrowding and lack of bed space.

For those engaged in prison ministry, such as Alonzo Johnson, the work never ends. Johnson recently joined the Presbyterian Mission Agency as a mission associate for peacemaking, after serving as a pastor in Philadelphia. He comes from a low-income family; his father battled health issues and died when Johnson was 16. For the remaining family of four, life was tough.

“I grew up in a world of hurt and sadness, even though we had family, friends, things that helped us survive,” Johnson says. “My mother was a strong woman and was the one that truly loved God, a Christian who instilled hope in us, my anchor. She told us how important it was to be in church and with God and be thankful for what we had.”

Johnson felt the call to ministry and began seeking God’s will for his life. While at Louisville Presbyterian Theological Seminary he took part in its field education program, which exposed him to urban and prison ministries. He and other students began working with inmates at the Luther Luckett Correctional Complex in La Grange, Ky.

“The prison chaplain was instrumental in helping us understand the realities of prison ministry as well as the realities of what we would be facing,” he says. “This was not a prison movie; these were real people we were spending time with, and we quickly learned that the inmates were facing a ton of issues.”

On the final day of his prison ministry internship, Johnson realized that he had to do more.

“Two of us were preparing to leave for the last time when we passed an inmate we had gotten to know. He appeared agitated and would not speak to us,” Johnson says. “When we asked him what was wrong, he said something very profound: ‘You students come here, make relationships with us and then you leave at the end of summer.’ We had to let that soak in.”

As Johnson and the other student left the reformatory, they both realized that they could do more. The result was a long-term volunteer ministry that included a worship service and Innerquest, a group of inmates from different faiths who would gather to discuss spirituality as well as poverty, racism, fear and the purpose of life.

“These were insightful themes which really opened up conversations about what it means to be human,” Johnson says. “Some of the inmates had been there for a number of years, and what I saw come out of this was the humanity of people in prison who had hopes, fear, concern as parents, children, spouses.”

Johnson says the inmates were eager to delve into conversations about spirituality, living better lives and making a positive difference when they got out.

“Prison ministry is very profound. It is a difficult and specialized ministry,” Johnson says. “We were volunteers, with no money and no financial backing. Some of these guys would get out of prison looking for us because they didn’t always know how to re-enter society.”

Johnson says we are called to be people of God but that we need to understand what that means. Individuals or churches that take on prison ministry must be ready to share their lives with those who get out of prison and are looking to start over.

“Regardless of how you feel about prison, the inmates deal with salient issues like education, parenting, family and mental health,” Johnson says. “Many of these individuals have lost everything: their homes, money and family. Getting back into the workforce is difficult, because with every job application there is that line asking whether you have been convicted of a felony.”

Johnson and others in prison ministry often find themselves asking tough questions about incarceration. What is the purpose of prison? Is it punishment, rehabilitation or both?

“I’ve talked with young people about prison life, but based on statistics you still have that percentage that will end up there despite your strongest warnings,” says Johnson. “Once they are behind bars, it may be too late to help them. A number of young people get swallowed into a system that may destroy their lives, a system that can be predatory or violent and that’s frightening. This is why it is important to take preventative actions by addressing the root causes of youth entry in the prison pipeline.”

Johnson says generalizations about people in prison are unhelpful. “We do have human beings in prison; not everyone there is a violent criminal. They are fathers, husbands and sons. To be concerned for them doesn’t mean we agree with their crimes or want to absolve them for what they did.”

And Johnson is quick to note that some inmates genuinely want to change, though churches have to recognize, he adds, that some are addicted to substances and need help. But he has reasons for hope: “God’s grace is very real, active and alive, and there are inmates who are transformed and go on to do incredible and amazing things.”

Johnson is among the course leaders for “Breaking the Chains: Mass Incarceration and Systems of Exploitation,” the 2015 Ecumenical Advocacy Days national gathering to be held in Washington, D.C., April 17–20. More than 1,000 people gather to worship, reflect and discuss advocacy on a wide variety of domestic and international policy issues at this feature event of the ecumenical Christian community.

Learning will continue with the church’s  ecumenical sisters and brothers during Ecumenical Advocacy Days the remainder of the weekend. The conference is planned and presented by the ecumenical Christian community and its recognized partners. More than 200 people gather annually to worship, reflect and discuss advocacy on a wide variety of U.S. domestic and international policy issues.