Historic church's debt cancelled as an act of racial reconciliation 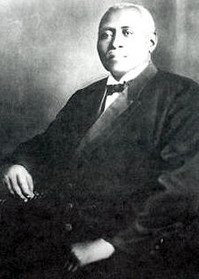 On Sunday, Nov. 15, 2015, during the 175th anniversary event for the Witherspoon Street Presbyterian Church, the Presbyterian Church (U.S.A.) Synod of the Northeast will clear the church’s debt of approximately $175,000 as an act of racial reconciliation.

The Rev. Dr. Harold Delhagen, Synod of the Northeast Leader, says, “As a regional community of over 1,100 Presbyterian churches committed to racial justice, this story has compelled us to do justice and not simply talk about it.”

Outspoken in his efforts to end racism and Jim Crow laws in Princeton and beyond, he was deeply beloved by his congregation.

But as a result of his advocacy, white members of the presbytery forced Robeson out of his position at Witherspoon Street Presbyterian Church after 21 years of service. The church experienced a significant loss in funding and the ousting took a toll on Robeson’s career. The church’s manse, which had been purchased for $1,000, had to be sold due to the loss of finances.

Witherspoon Street Presbyterian Church repurchased the manse in 2005 for $435,000. A balance of approximately $175,000 remains on the property’s two mortgages. Now called the Paul Robeson House, the space is a meeting place for people to study and advance human rights.