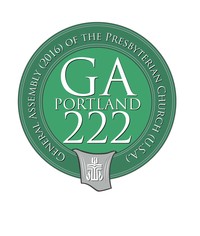 A Dependent Care Reimbursement Policy approved by the Committee on the Office of the General Assembly (COGA) will make it easier for young parents and other caregivers to serve as commissioners or advisory delegates to the 222nd General Assembly (2016).

Under the new policy, commissioners and advisory delegates may be reimbursed for the costs of a variety of caregiving arrangements, as long as the expenses don’t exceed $800 per dependent or $400 per additional dependent.

Commissioners can apply for financial assistance with such things as hiring a part-time sitter at home or at the assembly; transporting a family member or other caregiver to their home or to the assembly; placing dependents in a child- or adult-care center; or sending dependents to a camp or conference. To be eligible for reimbursement, the costs for these arrangements must be over and above what the commissioner or advisory delegate would normally pay if not attending the assembly.

“We see this policy opening the door for an even broader range of people to serve as commissioners [or advisory delegates],” said COGA Vice-Moderator Jim Wilson, a ruling elder at Broad Street Presbyterian Church in Columbus, Ohio. “The intent is to facilitate allowing younger Presbyterians to participate in the General Assembly.”

An electronic survey of commissioners to last year’s assembly uncovered a wide variety of needs, Wilson said. “The conclusion we reached was that what commissioners and advisory delegates needed most was flexibility.”

One step toward flexibility was to broaden the focus of the policy from “child care” to “dependent care,” Wilson said. The policy will benefit people caring for elderly parents or other adults with special needs, as well as those caring for children.

Several considerations led COGA to rule out the option of providing on-site care at the assembly. Legal requirements for child care vary from state to state, Wilson explained. Assembly planners would have to contract with a licensed agency in the host city to provide on-site care. But survey responses indicated that this arrangement would serve a limited number of participants.

“What we heard from a lot of respondents was, ‘My first choice would not be to take my child to GA,’” Wilson said. This makes sense, he adds, given the realities of attending a General Assembly. Commissioners are expected to work extremely long hours, unlike participants at Big Tent and other conferences where child care is provided. A typical day at GA might begin with a 6:00 a.m. breakfast and end with a business session that goes on until 10:00 p.m. or later.

“Leaving a kid in child care for sixteen straight hours is probably not the best option,” Wilson said.

Most survey respondents said they preferred the kind of assistance that would allow them to arrange care at home for children or other dependents, Wilson added. However, the new policy allows those who want to bring dependents to the assembly to receive financial assistance for that as well.

The 2014 commissioners’ resolution also called for “child-friendly spaces” to be provided at General Assembly. These could include nursing rooms for mothers and infants, play areas, and other safe spaces for children. Wilson said COGA has directed staff to work with local planners at the conference facility in Portland, Oregon, site of the 2016 assembly, to make these arrangements.

More information about the new Dependent Care Reimbursement Policy for Commissioners and Advisory Delegates to the 222nd General Assembly (2016) is available now. (PDF)