Church leaders say education is the next step 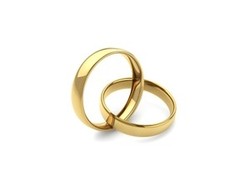 The Presbyterian Church (U.S.A.) is celebrating the U.S. Supreme Court ruling that same-gender couples have a constitutional right to marry nationwide, striking down bans in 14 states. Church leaders believe today’s ruling is a step in the right direction as society’s views have continued to change in recent years.

In its 5-4 opinion, Supreme Court Justice Anthony Kennedy wrote “the right to marry is a fundamental right inherent in the liberty of a person and under the due process and equal protection clauses of the 14th Amendment, couples of the same sex may not be deprived of that right and that liberty.”

“The PC(USA) has advocated for almost four decades for civil rights for lesbian, gay, bisexual and transgender persons. Today’s decision by the U.S. Supreme Court is in keeping with that work,” said Stated Clerk Gradye Parsons.

The 221st General Assembly of the PC(USA) approved a recommendation last year allowing for pastoral discretion in performing same-gender marriage, where legal by law. In its decision, the G.A. said, “Exercising such discretion and freedom of conscience under the prayerful guidance of Scripture, teaching elders may conduct a marriage service for any such couple in the place where the community gathers for worship so long as it is approved by the session; or in such other place as may be suitable for a service of Christian workshop.”

The amendment to the PC(USA) Book of Order was ratified March 17, 2015 when Palisades Presbytery became the 86th of 171 presbyteries to approve the change to the description of marriage as “a unique commitment between two people, traditionally a man and a woman, to love and support each other for the rest of their lives.”

“It is always good when the church is at the front end of a movement such as this and catches the spirit in the wind of where people are attempting to move society and give voice to those who have long been silenced,” said the Rev. Dr. J. Herbert Nelson, director of the Presbyterian Church (U.S.A.) Office of Public Witness. “Our task now is to educate congregations and address how the church is to engage society and our differences. It’s much more than a gay/lesbian issue. We are seeing laws overturned in favor of communities that have not always been represented.”

The Office of the General Assembly today released a document on the church’s position on same-gender marriages. “Under the Presbyterian Church (U.S.A.) Book of Order, W-4.900, nothing in our Constitution shall compel a teaching elder to perform a marriage service that the teaching elder believes is contrary to the teaching elder’s discernment of the Holy Spirit and understanding of the Word of God.”

The case does not take into consideration the tax-exempt status of congregations not willing to perform same gender marriages. However, the ruling is expected to have a major impact on religious schools that have refused housing to same-sex couples. Legal experts say the institutions could face lawsuits or lose tax-exempt status.