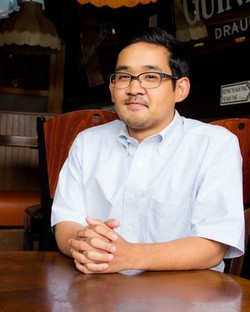 If the early Israelites journeyed to Egypt in search of sustenance and opportunity, Nathan Mochizuki and Elizabeth Moses went to “Little Egypt” for similar reasons.

Southern Illinois, that is.

Because Mochizuki and Moses—recent seminary graduates who were seeking their first call to ministry in 2013—were ready to follow God’s call wherever it might lead them, they entered the Presbyterian Mission Agency’s Small Church Residency Program.

Originally established in 2009 as "For Such a Time as This," the Small Church Residency Program seeks to pair small, underserved congregations in rural, small-town and urban settings with recent seminary graduates in a two-year pastoral-residency relationship, during which they are supported and guided by a cluster of pastor-mentors. Since its inception, 38 recent seminary graduates will have served 45 congregations in 19 presbyteries.

“We all became part of the Small Church Residency Program with the sense that we were going to try something new,” says Mochizuki, a member of the program’s Class of 2013. “We didn’t know exactly what it would look like. We didn’t know that it would work. But part of having a sense of call is saying, ‘I want to go where I can serve, and so, wherever that is, I’m willing to go.’”

Although Mochizuki and Moses applied to the program individually, they were installed in their first call—together—in October 2013 as co-pastors of the “Little Egypt Parish” in the Presbytery of Southeastern Illinois. The new, 3-point charge is comprised of the First Presbyterian Churches of Carmi, Eldorado, and Harrisburg, Ill. 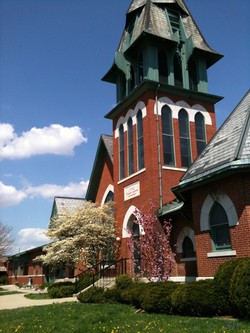 The three congregations, located within 30 miles of each other, had never worked cooperatively before. But the timing—and this particular program—seemed just right, according to the Rev. Wade Halva, a primary architect of the Little Egypt Parish.

“What we had two years ago was a unique situation where all of the churches were transitioning at the same time,” says the Rev. Wade Halva, pastor of First Presbyterian Church of Marion, Ill., who is a co-mentor with the Rev. Janice West for Mochizuki and Moses.

“Eldorado’s pastor of 17 years had just retired, as had Harrisburg’s pastor of 11 years,” he says. “Then when Carmi’s stated supply pastor left, there were three simultaneous vacancies. That’s about the only way to try to do a new thing because otherwise somebody might have felt like they were losing their pastor and somebody else might have felt like they were having someone else’s pastor stuck on them.”

Halva says that the while the Small Church Residency Program wasn’t part of the original plan for the 3-point parish, as soon as the program was recommended by the Rev. Anne Jones, then transitional executive presbyter for congregational care, it became integral to realizing the presbytery’s vision for Little Egypt.

“The program gave us a lot,” Halva says. “It gave us timelines and deadlines since I’m not sure we would have gotten anything done without a deadline. It gave us a much smaller pool of candidates to look at so that we could actually do something on a relatively quick timeline. It also gave us a more official support structure for what would happen after we got the pastors here as well as a little bit of financial support.”

Congregations that participate in the program receive a small salary support grant in the amount of $4,000 for each year of the residency, a financial commitment from their presbytery of membership, and other benefits.

“One of the things we’ve learned over the last few years is that there is something about the two-year timeframe of the residency program that opens people up to the possibility of trying something new,” says the Rev. Cindy Cushman, the program’s coordinator. “Ministry candidates who look at some of our more remote sites will often say, ‘I could live there for two years,’ and, many times, in the course of the two years, they fall in love with it and decide to stay longer.”

The same is also true of the participating churches.

“One of the reasons the churches in the Little Egypt project were willing to step out and try this new model for ministry was because we were able to say to them, ‘Try it for two years and if it doesn’t work, then at the end of the two-year program you can go back to the old model or try something else,’” Cushman adds. “Then, even if they don’t decide to stick with it, there still is no sense of failure, because they succeeded in completing the two-year program, and invariably they learned something new about themselves in the process. It’s exciting to see these new ministers and their congregations step out together into new experiences, broadening their understanding of what God might be doing through them.” 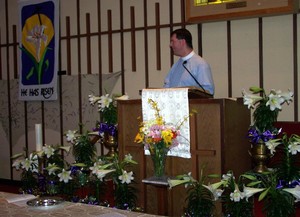 Halva tells a story about visiting the three church sessions last fall at the year-end point.

“I was sitting with the session at Carmi and I asked them how things were working,” he recalls, “and they said, ‘You know we have this problem. We have two to three new, young families visiting the church and we have to explain to them that our worship leadership changes every month.’ And I said, ‘So tell me, two years ago, what would you have done to get two to three new, young families to come to the church.’ So it worked. It’s working. Many of the members found some exuberance again, and for some of the folks in the congregations it was interesting to have the roles reversed, where they educated their pastors about the people, the personalities, and what’s really important in the community.”

Like chicken ‘n dumplings and homemade ice cream, neither of which Mochizuki had ever tried before.

“I had never had those things before and I loved them,” says Mochizuki. “For the members to be able to share those tastes and experiences with me and for me to get to share my delight with them was wonderful. It was a gift to be able to be enfolded into their church family and for them to get to know me and Elizabeth.”

On August 16, Mochizuki and Moses will join the other members of the Class of 2013 for a closing gathering at Louisville Presbyterian Theological Seminary, where they will worship together and share what they have learned. Members of the departing class—which represent a mix of presbyteries both experienced with and new to the program—are still in the process of discerning with their congregations whether they will remain in their current calls.

In the meantime, plans are under way to welcome a new class of presbyteries, congregations, and residents to the program.

“As we look to the future, more and more presbyteries are getting involved, with six new presbyteries joining in the past year, and five more new ones with congregations actively seeking residents right now,” Cushman says. “We have the potential of concluding 2015 with a total of 12 or 13 new presbyteries joining the program from all areas of the country. It’s exciting to see the word spread and to witness more lives being transformed by the power of the Spirit through the work of this program.”

For more information on the Small Church Residency Program, please contact Cindy Cushman by phone at 502-569-5381 or by email.