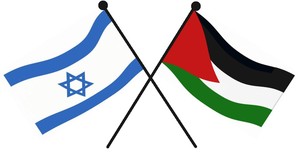 A study team of the Presbyterian Church (U.S.A.) Advisory Committee on Social Witness Policy (ACSWP), appointed last year to study the "two state solution" to the Israel/Palestine conflict, is welcoming written comments or statements on the feasibility and nature various concepts of statehood and the rights, values and characteristics attached to those concepts.

Written statements can be submitted to acswp@pcusa.org through the end of September 2015. ACSWP invites those in or near Washington, D.C., to present their views with representatives of the study team on Sept. 10, from 10:30am to 4:00pm.

The presbytery of National Capital is sponsoring the Sept. 10 listening session, to be held at the National Presbyterian Church. Members of the study team and its parent committee will be present. Those wishing to present views in person are asked to indicate their interest in an email to acswp@pcusa.org for scheduling purposes.

The study team will deliver a brief update on its process to interested parties via email. The team will not have a draft report until after it has further considered its own gathered information and other input from diverse groups.

As a drafting team of the ACSWP, the study team will initially present its draft to ACSWP in the fall of 2015. ACSWP is the deciding body that will determine the shape of the report delivered to the General Assembly in June 2016.

The study team mandate originated in an overture to the 2014 General Assembly and can be found online at this link. Although the mandate allows the report to be written by a single writer, the Advisory Committee has chosen a small team of persons with particular areas of expertise for the task.

“Our goal in choosing a team was to draw on several skill sets: economics, political science, Christian ethics, and human rights law, in particular,” says Christine M. Darden, an ACSWP co-chair on the team approach. “We also chose people new to the situation as well as people with mission experience from on the ground.”

“We are well aware that the question is highly debated after the repeated failure of Israeli-Palestinian peace negotiations,” says the Rev. Dr. Ray Roberts, the other co-chair. “It is not the same issue as the General Assembly’s vote to divest from companies aiding the establishment of settlements, though many support divestment to enable a two-state solution. This Assembly assignment asks us to look at a changing situation based on our enduring Christian values, without assuming a particular outcome.”