Race and Reconciliation study is timely resource for 2016 General Assembly

Belhar Confession “is what our church—and our world—needs now,” says Kirkpatrick 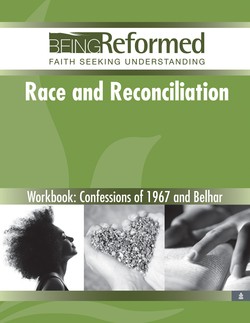 Cover image of Race and Reconciliation

A timely, new Being Reformed: Faith Seeking Understanding study honors the 50th anniversary of the Confession of 1967 and the anticipated adoption of the Confession of Belhar as a confessional standard of the Presbyterian Church (U.S.A.) at the 222nd General Assembly (2016) in Portland this summer.

“It has been a long journey, but the General Assembly Special Committee on the Belhar Confession is delighted that the Belhar Confession is now moving toward the final action needed to become part of our Book of Confessions,” says the study’s author, the Rev. Dr. Clifton Kirkpatrick, professor of World Christianity and Ecumenical Studies at Louisville Presbyterian Theological Seminary, former stated clerk of the General Assembly, and co-chair of the Belhar special committee. “It may have taken some time, but the Confession with its focus on unity, justice, and reconciliation is just what our church—and our world—needs now.”

In Race and Reconciliation: Confessions of 1967 and Belhar, Kirkpatrick explores the themes of reconciliation, unity, and justice. An ideal resource leading up to the 222nd General Assembly (2016), Race and Reconciliation may be used as a self-guided study, as a group study—inclusive of suggested lesson plans—and a ready reference for personal reflection.

“In the study, I emphasize that it is providential that these confessions are being highlighted in our life together at the same time in the 222nd General Assembly,” Kirkpatrick says. “The message of reconciliation that was so central to the Confession of 1967 is equally important in 2016 and is greatly enriched by the powerful Belhar Confession.”

Being Reformed: Faith Seeking Understanding is a series of biblically-based studies that provide adults with a foundational understanding of the Reformed faith. Each six-session study—written by well-known and respected scholars—features Scripture, in-depth commentary, and questions for reflection.

Being Reformed is published by Congregational Ministries Publishing, the denominational curriculum publisher of the PC(USA).