Home News “One Church, One Book” aims to jumpstart discussions about race

“One Church, One Book” aims to jumpstart discussions about race 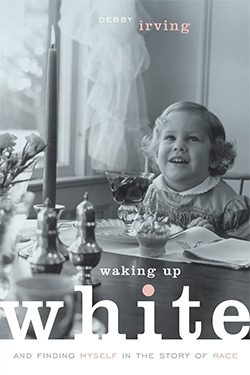 It’s been called “one of the most important books on race in recent memory.” And now the Reverends Denise Anderson and Jan Edmiston, Co-Moderators of the 222nd General Assembly (2016), are urging Presbyterians via their “One Church, One Book” project to read and discuss Waking Up White, by Debby Irving.

In the book—Waking Up White and Finding Myself in the Story of Race—Irving tells how she stumbled into troubling and even shocking revelations about racial inequities after what she describes as “a blissfully sheltered, upper-middle-class suburban childhood.”

Irving believed herself to be a good person and even tried to use her career to help people of color. But the book describes her gradual discovery of her own “white privilege,” which led to the realization that good intentions alone cannot overcome centuries of racial injustice.

“Her story resonates with a lot of Presbyterians,” Edmiston said in a workshop at the Presbyterian Church (U.S.A.) Polity Conference in October. “Our hope is that it would start conversations. But it’s not just about reading the book. My hope is that we would be somewhat changed.”

“The conversations we’ve been having about race have been in silos,” Anderson said at the Polity Conference workshop, adding that she hoped those conversations would broaden to include groups of different backgrounds and races.

The Co-Moderators’ “One Church, One Book” project invites people over the next couple of months to read and discuss Irving’s book where they gather—in pastor support groups, ministry alliances, mid councils, church school classes, Bible studies, book clubs, and anywhere else.

Resources, including video clips and a guide for a four-session group study of the book, are available at the G.A. Co-Moderators' website.

Molly Casteel, manager of representation, inclusion, and ruling elder training in the PC(USA)’s Office of the General Assembly, says the study guide provides “a faith context” for Waking Up White, incorporating passages from the Bible and the Confession of Belhar, which grew out of the witness of the church in South Africa against apartheid. Casteel is helping organize the book-discussion project.

In her memoir, Irving ends each chapter with a question for reflection. “The folks who have gotten the most out of the book are the ones who have journaled their way through it,” Casteel says. “The questions encourage personal reflection.”

Anderson says the reticence of white Presbyterians to talk about race is “very frustrating” to people in the black church. “Race is very much a part of our consciousness,” she says, adding that education about racial inequities begins in childhood.

For example, Anderson recalls going grocery shopping with her mother and begging for a piece of candy. Her mother would buy her the candy but tell her, “You cannot open it until we get to the car.” She wanted to make sure her daughter was not accused of stealing.

“We live in a great country, but it’s an imperfect country in many ways,” Edmiston says. “We can learn from the mistakes we’ve made in the past, and it’s so much richer to hear the whole story”—not just the story of white Americans.

As Waking Up White reveals, engaging with “the whole story” of race in America is not comfortable or easy. But that should not deter Christians, Anderson says.

Noting that the Confession of Belhar calls the church to unity, she adds, “One way to live into that unity is to sit in one another’s discomfort and not be afraid of it.”