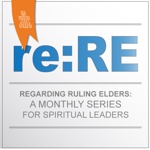 Helping ruling elders in the Presbyterian Church (U.S.A.) function as spiritual leaders in their congregations is the focus of a series of monthly articles set to premiere in mid-April. Titled Regarding Ruling Elders: A Monthly Series for Spiritual Leaders, the series is free and will be available online in three languages: English, Spanish, and Korean.

“Ruling elders are part of the spiritual leadership of the church,” says Martha Miller, manager for ruling elder ministries and educator certification in the PC(USA)’s Office of the General Assembly, who is overseeing the project. She envisions the articles as resources to enable elders to fulfill that responsibility.

Miller says she hopes the new focus on spiritual leadership will help ruling elders understand how “being an elder is different from serving on a nonprofit board.”

The new series builds on a previous series of articles titled Regarding Ruling Elders: A Monthly Series for Serving Faithfully. Posted monthly for the past three years, those articles focused on providing elders with practical tools for polity and governance. They will still be available in an online archive, Miller says.

“We really covered the topics well, and the articles are not time sensitive,” Miller says. She notes that three years is the typical term on session of a ruling elder, so beginning a new series at the three-year mark is a “good transition.”

Articles in the previous series were written by various authors. All of the Spiritual Leaders articles—for the first year, at least—will be written by the Reverend Dr. Diana Nishita Cheifetz, a spiritual director in Alameda, California, whose clients include pastors, seminary students, and other church leaders.

First ordained as a ruling elder and then as a teaching elder in the PC(USA), Cheifetz has served as an interim pastor and continues to serve as a supervisor of spiritual directors and spiritual-directors-in-training. She says her goal is to help ruling elders and other church leaders “enjoy a richer, deeper relationship with God.”

“My articles will focus on personal spirituality in the context of our communal life together,” Cheifetz says. “Elders do a lot of work. I am most concerned about helping fill their cups. I think we all want that—to have this deep well from which we live and move and have our being.”

The series will include devotional pieces, descriptions of spiritual practices, and other resources for growing as spiritual leaders. Cheifetz hopes to make classical spiritual practices, such as examen and lectio divina, “more accessible, relevant, and helpful—to bring them to where people are today.”

Cheifetz believes her own experience with diversity will help her understand the diverse needs of ruling elders in congregations of many different sizes, ethnicities, and cultures. “I’m trying to keep in mind all the churches we’ve been part of,” she says.

Cheifetz is Japanese American, and her husband, the Reverend Jeffrey Cheifetz, also a Presbyterian minister, is of Eastern European Jewish heritage. Together and individually, they have served a variety of churches—from tiny yoked parishes in eastern Oregon to suburban and urban congregations with more than a thousand members. Jeffrey currently serves a majority Chinese American congregation in San Francisco.

“A lot of Christian spirituality comes out of a white Western European orientation,” Cheifetz says. “I’m interested in making it more adaptable for communities of color.”

Articles in the previous Regarding Elders series have been used in a variety of ways, Miller says. For example, pastors have used them to open session meetings and have included them in regular mailings to elders. More than 600 names have been added to an online Ruling Elder Network to receive links to the articles by email as soon as they are published.

Information about the new series as well as archived articles and other resources for ruling elders is available at pcusa.org/rulingelders.