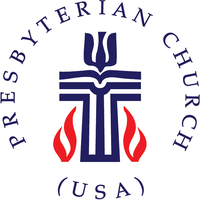 In the wake of a weekend of violence in Charlottesville, Virginia fomented by the “alt-right,” four top leaders of the Presbyterian Church (U.S.A.) today issued a statement condemning white supremacy and racism.

The statement further declares that “White supremacy and racism stand in stark, irreconcilable contradiction to God’s intention for humanity” and acknowledges the church’s historic complicity in systemic racism in the U.S. And the leaders commit the church to “stand against, speak against and work against racism and white supremacy, this day and every day.”

The full text of the statement, issued August 14:

In the aftermath of the events of August 11 and 12 in Charlottesville, the Presbyterian Church (U.S.A.) reaffirms its condemnation of white supremacy and racism, names them as sin, and renews its commitment to disrupting them and working for justice and equity.

We give thanks for the presence and faithful witness of church members who stand against white supremacy and racism. Individually and collectively the church, including Presbyterians, stood against hate in Charlottesville. Individually and collectively the church, including Presbyterians, works to disrupt racism and to build racial equity in places across the country. We grieve for Heather Heyer, who was killed while standing witness; we grieve for state police officers H. Jay Cullen and Berke Bates, who died in a helicopter crash while monitoring events in Charlottesville; we pray for the recovery of all who were injured.

We acknowledge that Scripture has been misused to justify white supremacy and racism. However, we proclaim that the Bible’s message presents a far more consistent and insistent witness to God’s love for diversity and justice. This may be observed in God’s delight in the varied creation; heard in the words of prophets who reject oppression and commend justice as true worship; seen in the life and ministry of Jesus Christ, who values all persons regardless of any aspect of their identity; and experienced through the work of the Holy Spirit, who consistently blows through all the divisions we create, to reveal God’s love for all humanity.

White supremacy and racism stand in stark, irreconcilable contradiction to God’s intention for humanity. They reject part of the human family and are utterly contrary to God’s Word made incarnate in Jesus. They are idolatries that elevate human-created hierarchies over God’s freely given grace and love. They are lies about the human family, for they seek to say that some people are less than other people. They are lies about God because they falsely claim that God favors some people over the entirety of creation.

By God’s grace may we remember the events in Charlottesville; repent of our acquiescence and failures; and renew our commitment to proclaim and live the good news of Jesus Christ. May that commitment lead us to stand against, speak against and work against racism and white supremacy, this day and every day.