Home News Stated Clerk’s statement: ‘Are we complicit in the racism of the alt-right?’

Stated Clerk’s statement: ‘Are we complicit in the racism of the alt-right?’

Nelson: ‘Proclaimers and hearers of the gospel must engage this uncomfortable issue that damages the soul of our country’ 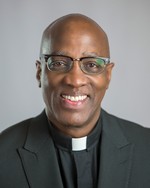 “All this I have spoken while still with you. But the Advocate, the Holy Spirit, whom the Father will send in my name, will teach you all things and will remind you of everything I have said to you.” (John 14:25–26)

WE BELIEVE that any teaching which attempts to legitimate such forced separation by appeal to the gospel, and is not prepared to venture on the road of obedience and reconciliation, but rather, out of prejudice, fear, selfishness and unbelief, denies in advance the reconciling power of the gospel, must be considered ideology and false doctrine. (Excerpt from The Confession of Belhar)

White supremacy raised its head and occupied a weekend of the news. We are reeling as a nation from President Trump’s cursory statement that failed to aggressively condemn the existence of the alt-right and their promotion of vitriolic racial rhetoric and white supremacy. No longer can we make statements of denial that racial hatred and bigotry are isolated occurrences in our society. We witnessed the blatant actions of white supremacists giving declaration to their views of dominance, control and superiority in the streets of Charlottesville, a prestigious university town in Virginia. If the espousal of white supremacy was not enough, we now know that James Alex Fields Jr. of Maumee, Ohio is the driver of the car that killed one person and injured dozens more in the name of white supremacy. These occurrences are the result of a protest organized by the alt-right to maintain a statue of another white supremacist, Robert E. Lee.

The handprint of racism is all over the United States in the 21st century. My question is: Where are we in the Church with the racist attitudes that have now been given an extreme voice from the highest offices in the land – both governmental and corporate? Where are the modern-day prophets – not simply in the streets and on television, but in local communities, organizing for a new day in the United States?

These rhetorical questions are a way of simply asking: What did you preach to your congregation this past weekend? Did you preach a prophetic word of liberation addressing the context, content and consequences of our urgency to act in these times, or did you preach on Sunday’s lectionary text about Jesus walking on water?

The lectionary text failed to presage that white supremacy in the United States would raise its ugly head on national television the day before we had to preach. However, for some pastors who encounter white supremacy every day, the preaching transition was not a shock. Changing sermon titles, tweaking Scripture readings and even discarding a sermon and starting over at midnight or hours before worship are a part of the contextual reality we face. Having lived as a child through the civil rights activity of my father, uncles and other clergy, I know that this strain of white supremacy in the United States is nothing new. New African-American pastors and others of color have adjusted their sermon preparation in response to Trayvon Martin’s Saturday (midnight) verdict; the Emanuel AME prayer meeting/Bible study shooting (midweek); the Walter Scott shooting by police (Saturday afternoon) and the countless numbers of detention lockups, deportations and police-sanctioned violence against their communities, including new immigrants. Midnight sermon challenges are not new. As a matter of faith, some do not even write sermons until midnight on Saturday. This is not an issue of laziness, but the overwhelming contextual realities of the community make it difficult to even carve out time to give 20 hours weekly to preaching/study time. In these cases their preaching is shaped by an overwhelming context of communal chaos.

President Trump affirmed this past weekend that white supremacy is not simply grounded in individual acts, but is often sanctioned by the complicity of systems that provide support through their silence and well-crafted statements that fail to name the structural “isms” of our society. Therefore, structural racism is deeply connected, even within the church. We are complicit through what we do and refuse to do. Therefore, to have ignored the issues of white supremacy and racism in our delivery of the Word of God this weekend was to be complicit with the very acts in Charlottesville. I know this may feel like an unfair judgment, given all of the pressures that we face in juggling church and personal responsibilities. However, we are always judged as leaders of the church (clergy, laity and baptized members). Someone sat in the pew yesterday seeking a contextual understanding of Scripture related to the events of this past week while trying to make sense of it all. If we did not address this issue, then we did not faithfully interpret the gospel message that was relevant in our cultural context as a nation of people. If we turned only to the lectionary to expound upon the miracle of Jesus walking on water without giving a contextual exegesis on the rise of the alt-right in the United States and preservation of the white supremacist call to protect the statue of Robert E. Lee, then we were complicit in their behaviors.

Jesus reminds us in the gospel of John, “If you love me, you will keep my commandments. And I will ask the Father and he will give you another Advocate to be with you forever” (John 14:15–16).This word advocate comes from the Greek word advocare, which means to “stand beside or stand with.” Its connotation is akin to a lawyer standing beside a client. Jesus is preparing them to live a life in faith without his physical presence, while reminding them that the spiritual presence that guided him will still be with them; will stand beside them; will be an advocate for them. We use the words justice advocacy to explain the power of walking beside the victimized in our society. Racism represents a historic ill and victimization of people of color in this nation. It is a cancer in the soul of our country that can be driven out only by love. This love makes both the believer and nonbeliever uncomfortable, because it causes us to recognize that we can do more when we take our eyes off ourselves and place them on the Almighty.

White supremacy will not be eradicated until faith leaders become willing to risk their very lives (professional and otherwise) for the sake of the gospel. The Scriptures remind us that “Whoever tries to keep their life will lose it, and whoever loses their life will preserve it” (Luke 17:33). Our denomination must be willing to lose its life for the sake of eradicating more than 400 years of white supremacy in the United States. Our great celebration of the Belhar Confession at the 222nd General Assembly was a joyous occasion and signaled to the world that we are prepared to begin a new journey of turning the world upside down, by engaging our (PCUSA’s) complicity in racism.

An excerpt from the Belhar Confession states: “We believe that any teaching which attempts to legitimate such forced separation by appeal to the gospel, and is not prepared to venture on the road of obedience and reconciliation, but rather, out of prejudice, fear, selfishness and unbelief, denies in advance the reconciling power of the gospel, must be considered ideology and false doctrine.”

The behaviors and ideologies of racial superiority are learned. Dylann Roof was 21 years old when he wore an apartheid patch on his vest the night he killed parishioners in Bible study/prayer meeting at Emanuel AME Church in Charleston, South Carolina. Roof was born in 1994. He was too young to understand what the patch represented without the assistance of others. Therefore, the hatred that took the lives of those persons praying and studying God’s Word was taught to him. His white supremacist thinking was an indoctrination to hate-mongering and a superficial belief that superiority is grounded in race alone. We learned this weekend that the there are others who are willing to blatantly carry on the banner of racism even if it means the killing of others. What will you preach and teach in this era about the love of Jesus and the call to love one another? How will you as a leader in the Christian church courageously proclaim the Lord’s name in Spirit and truth for the sake of the kingdom of God?

I want to thank our co-moderators, Reverends Jan Edmiston and Denise Anderson,       for continuing their commitment to challenging the PC(USA) to live into our call of embracing Belhar. They have broadened the awareness of many through their book studies while living into their role of challenging our denomination to be transformers of this present age.

I must also give thanks for the deep work of the racial-ethnic ministries unit of the Presbyterian Mission Agency and the ecumenical witness of the Office of the General Assembly for continued heavy lifting to implement Belhar within the PC(USA) and beyond. We must witness to a new age regarding race in the United States. Our risk is not in engaging the issue of white supremacy. Our greatest risk is in failing to make every effort possible through the gospel to eradicate racism with the help of the Lord.

Proclaimers and hearers of the gospel must engage this uncomfortable issue that damages the soul of our country. God is calling us to be a viable witness in these times. This requires courage and a deep faith to speak truth in love.