Action shows “worst of our democracy” 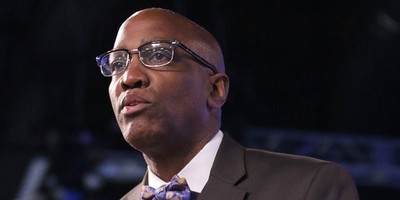 The Rev. Dr. J. Herbert Nelson, II, Stated Clerk of the General Assembly of the Presbyterian Church (U.S.A.) is condemning acts this week against critics of President Donald Trump. As many as 12 suspicious packages, believed to be potential bombs, were mailed to a number of people as well as CNN this week.

“We are facing an unprecedented national political tone that restricts the right to vote by Congress’ refusal to fully extend the voting rights act alongside the dismantling of human and environmental rights within the United States,” said Nelson. “Whenever supremist rights overshadow the rights of reasonable people a nation is headed toward disaster.”

The FBI, which is treating this as a domestic terror matter, is continuing its investigation following the arrest of a suspect in Florida. The suspected bombs, which have not detonated, have been sent to a lab for further study.

“These unmarked packages are symptomatic of the worst of our democracy and value of human life. We must work diligently and expeditiously to correct our current course,” he said. “Our first chance is to vote intelligently on November 6th.”