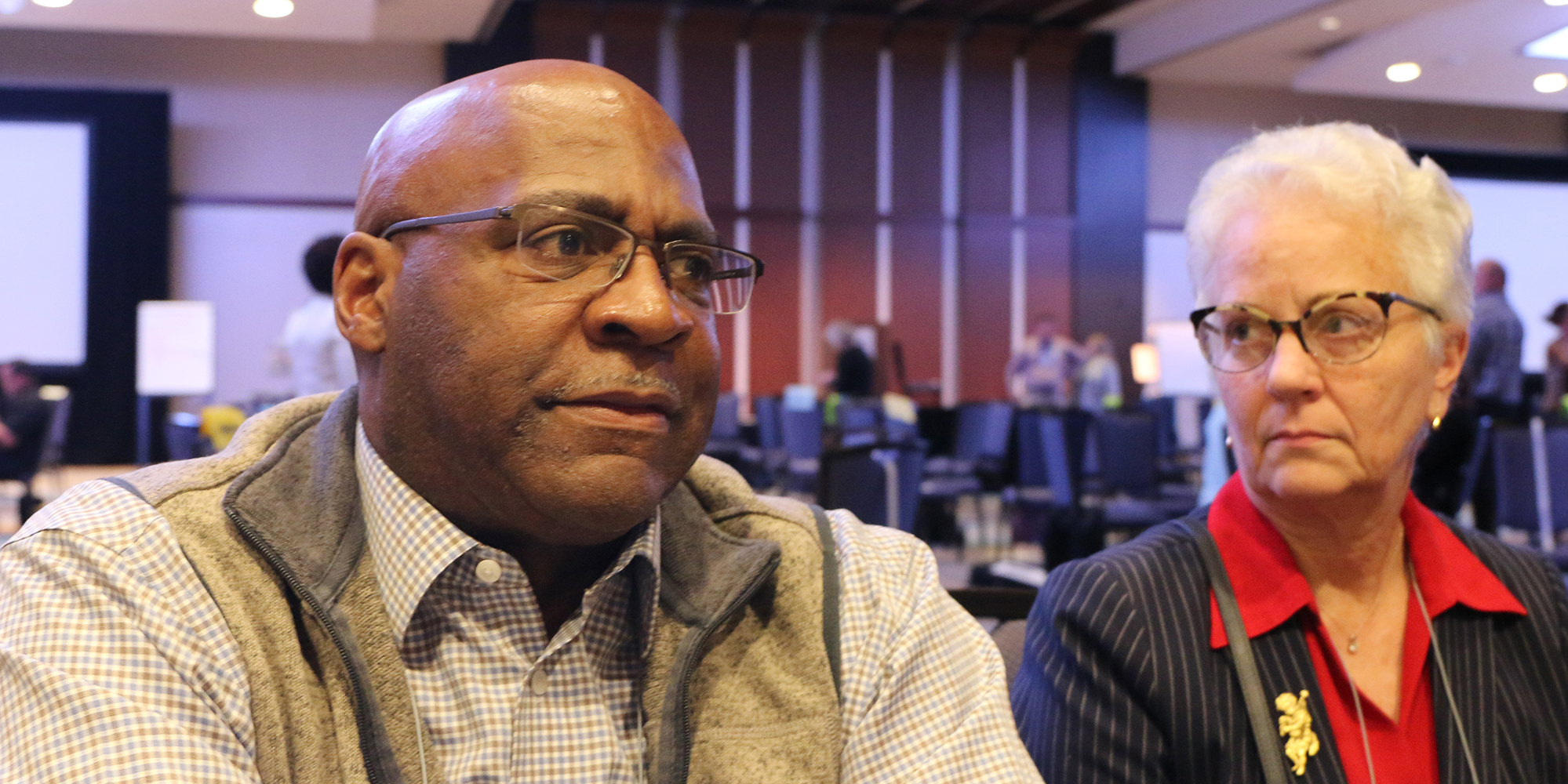 A Chicago police officer has been found guilty of second degree murder in the shooting death of a seventeen-year-old teenager. A few miles away, attendees of the Mid Council Leaders Gathering discussed Fearless Dialogues, a grassroots movement and organization that encourages people to have hard discussions, break down barriers, and build respect and relationships.

Officer Jason Van Dyke was found guilty of second degree murder in the shooting of Laquan McDonald in October 2014. Van Dyke was also found guilty on sixteen counts of aggravated battery. The jury deliberated seven hours before reaching the verdict.

As the verdict was about to come down, mid council leaders were asked by the Reverend Sue Krummel, executive presbyter of the Presbytery of Chicago, to pray for the city. In preparation for the verdict, city officials had closed schools and some businesses early while more than 12,000 police officers were prepared to “hit the streets” if needed.

“This verdict changes the lives of the people who were involved in unpredictable ways,” said Krummel. “There are churches across the presbytery that were planning open prayer vigils regardless of how the verdict came out because it has been a difficult time for the city.”

“This will be difficult for this officer’s family and now we must turn to healing,” said Ledgister. “We as caregivers, ministers of the gospel, need to take action and we cannot do that unless we learn to hear each other deeply.”

The Reverend Dr. Craig Howard, transitional presbytery leader with the Presbytery of Giddings-Lovejoy in St. Louis, is a Chicago native. He led the gathering in prayer.

“It’s no longer about us as individuals, but as people, as we are challenged to live together in the midst of terror, from the very ones who are to protect us,” he said. “We must find a way to be disciples of peace, find ways to express ourselves, and cry out for justice for all.”

The Reverend Dr. J. Herbert Nelson, II, Stated Clerk of the Presbyterian Church (U.S.A.), says the timing of the verdict with the gathering is no accident.

“It’s one of those God moments. It should remind us that we are not in control. We are living under a very tense time in the U.S. where we think things are out of hand,” he said. “The Supreme Court nomination has dredged up wounds this week. Now in Chicago, we are hearing about this verdict in the middle of talking about building community.”

Participants in the Mid Council Gathering participate in a group function at their meeting in Chicago. Photo by Rick Jones.

“Whenever there are people in our society that are unfairly burdened by those who are supposed to protect and care for members of society, we all should be concerned,” said Howard. “That’s what makes it a justice issue.”

Krummel says pastors and chaplains should always be sensitive to the families that are suffering.

“As pastors, we need to remind ourselves, for each family impacted, it’s a new thing,” she said. “This is the biggest disaster of their lives and we need to treat it that way with each family.”

Nelson believes the training underway at the mid council meeting will equip church leaders on how to have the difficult conversations that tear groups apart.

“It’s a time in which we are seeing people demanding a restoration of government and that legal systems be fair and balanced and show respect for life,” said Nelson. “When we look at the problems and focus only on the problem, we miss the engagement of people who sit in here in tears as they deal with the realities of their own history. We are looking at people in the streets who were ready to take direct action, a city that was afraid. We are not looking at complacency in this period and that’s a good thing.”