Office of the Stated Clerk

Stated Clerk calls for an end to violence in Cameroon 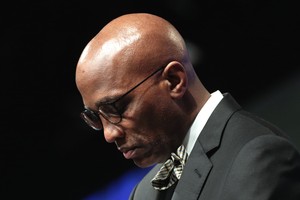 In the name of our Lord Jesus Christ, the Prince of Peace, and on behalf of the General Assembly of the Presbyterian Church (U.S.A.), I call upon all who are parties to the ongoing conflict in Cameroon to end the violence and come together to find a peaceful solution to this conflict marked and exacerbated by the linguistic and ethnic differences in the nation. It is a tragedy that this wonderful nation of beautiful people continues to be divided by killings, detentions, and acts of violence against homes and churches.

Much of the richness of the nation lies in its ethnic diversity, including the marks left by your Francophone and Anglophone history. It is time for the government to exercise its power evenhandedly, so that not only can those values be affirmed but the egregious violence falsely justified by those difference can be halted.

We are especially concerned about our church partners, many of whom have ties with our own church here in the United States. When we hear of attacks on manses, on schools and on church leaders and educators, we are moved not only to prayer for all parties, but to a greater sense of urgency to call upon

those in authority to act against those who perpetrate this violence, including those in the military and those in random groups like the Amba Boys.  The government must bring all the parties together to find a peaceful resolution to these conflicts.

As partners in Christ with our Cameroonian colleagues, and as a community of those who seek peace, both for Cameroon and for our own nation, I renew our call to those in authority to act in the interest of the whole nation, so that equity and justice for all citizens will be a reality for the world to see.