Raised in Puerto Rico and Harlem, new staffer brings lifetime of experience to search for reconciliation and understanding 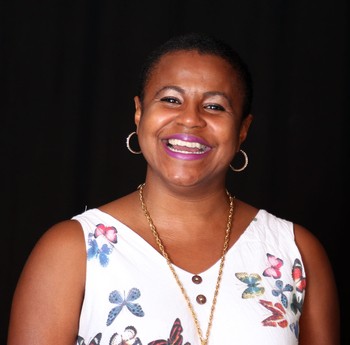 The Reverend Everdith (“Evie” with a long “e”) Landrau has joined the staff of Ecclesial and Ecumenical Relations in the Office of the General Assembly as manager for ecumenical networking, education, and resource development. She began her new work June 4.

Landrau was born in Puerto Rico and moved with her family to Harlem, New York, at the age of five. “Although the move was painful, in Harlem I encountered diversity like none other,” she says. Landrau received her B.A. from American International College in Springfield, Massachusetts, and her M.Div. from Duke University. She is a candidate for a D.Min. from Asbury Theological Seminary.

Landrau is a minister of Word and Sacrament in the Presbyterian Church (U.S.A.). Most recently she served as part-time youth director at Paw Creek Presbyterian Church in Charlotte, North Carolina, while teaching dance and global studies at a middle school.

Landrau’s ecumenical journey began shortly after college when she traveled to Geneva. She is now a member of the World Council of Churches’ Central Committee. In that position Landrau helped found the Pan African Women’s Ecumenical Empowerment Network (PAWEEN), a new WCC initiative seeks to build community among women of Pan-African descent through study, spiritual reflection, and action.

“Evie has established herself as a well-respected member of the central committee,” says the Reverend Robina Winbush, director of ecumenical relations for the OGA, who announced her new colleague’s hiring.

“I’m excited to join the ecumenical and interfaith work of the PC(USA),” Landrau says, “to better understand and contribute to the church’s work for justice, peace, reconciliation, and dialogue. I also look forward to learning from Robina because she has been so instrumental to this work.”

Landrau cites Galatians 3 as key to her understanding of ecumenical and interfaith work. “We become children of God not by the stark differences and challenges that consume us, but by the initiation of the divine presence in Jesus Christ. Just like in Harlem, many of us had to find ways to create space for each other, so too, through baptism, we are clothed in Christ. The journey of ecumenical practice is a constant movement to figure out how we can be distinct, but unified.”