‘No longer morally or ethically right for the PC(USA) to profit,’ leaders say 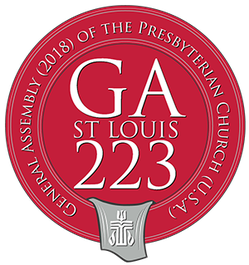 To: Commissioners to the 223rd General Assembly

Thank you as teaching and ruling elders for taking the time to serve on our highest governing body, the 223rd General Assembly. You are in our prayers as you discern the will of God and seek the guidance of the Holy Spirit for the PC(USA) on all the issues before this Assembly.

The purpose of our letter is to ask you to support and approve the overture [08-01] On Directing the Board of Pensions and the Presbyterian Church (U.S.A.) Foundation to Divest from Fossil Fuel and Actively Invest in Securities That Focus on Renewable Energy  We are writing to summarize the moral basis for this critically important act.

In the past, our Church has decided that profiting from certain economic activities is incompatible with our faith. When an industry continually, over years, causes enormous harm while resisting calls for change, we have moved beyond education, engagement and advocacy to divestment. The PC(USA) has taken this approach with tobacco, alcohol, gambling, and pornography along with for-profit prisons industries.

Because of the grave and urgent threat of climate change and the fossil fuel sector’s well-documented and unyielding refusal to change, it is no longer morally or ethically right for the PC(USA) to profit from companies that are creating ecological destruction and human suffering on such a monumental scale.

Climate change degrades all of God’s creation.  It disproportionately impacts those living in poverty and in the least developed countries; the elderly and children; and those least responsible for the emissions of greenhouse gases.

The fossil fuel industry has known about these impacts, from its own research, since the late 1970s.  In response, it has used its enormous political and financial power to fund the climate skeptic movement, to prevent climate change legislation from passage in the US Congress through its lobbying efforts, and continues to receive billions in government subsidies while spending billions searching for new sources of fossil fuels that we can't afford to burn. This is not an industry that is demonstrating an intention to change at anything approaching the scale needed to create a livable future.

The time to engage with the industry, the time to wait for them to change incrementally, is up.

PC(USA) must continue to press for climate change legislation, to conserve energy and reduce our carbon footprints. These actions are already PC(USA) policy, but they are not enough. We urge the PC(USA) to divest from our holdings of fossil fuels.

We are aware that many of our members are themselves caught up in the fossil fuel industry. We have jobs there, we have financial investments there, we support our congregations with dollars that are not green, and we ourselves are complicit in the use of fossil fuels every single day. Our practice of confessing our sin with one another is the first step toward meaningful change. We have seen the church offer a witness that is both prophetic and pastoral in similar circumstances. We can take the lead in extending a moral call to imagine a different future, while simultaneously working to develop communities of faith that explore the practical use of alternative energy.

Jesus said, “Where your treasure is, there your heart shall be also” (Matthew 6:21). Because we believe in a just and loving Creator, and God’s creation is at critical risk, we urge you to be a prophetic assembly by supporting and voting in favor of divestment.

We remain faithfully yours in the service of Jesus Christ.

Author: from the General Assembly Newsroom