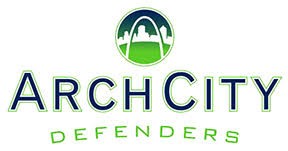 Reclaiming the prophetic voice of the Presbyterian Church (U.S.A.) for social, racial, and economic justice, the 223rd General Assembly (2018) [GA223] will take an unprecedented active role in addressing conditions in St. Louis and other cities that devastate the poor and oppressed. The assembly meets June 16–23. The call for the PC(USA) to be a “Matthew 25 Church” was issued by the 222nd General Assembly (2016).

General Assembly Stated Clerk, the Reverend J. Herbert Nelson, II, who was elected to the denomination’s top post in 2016, has challenged the denomination to do more than just meet as committees and worship, but to also put our polity and statements and faith in action. “We don’t want the Presbyterians to be simply another convention that comes to town, meets, spends some money, and then leaves without engaging the people and communities” says Stated Clerk Nelson.

GA223’s public witness in St. Louis began more than a year ago through Nelson’s Hands and Feet initiative, which provides opportunities for groups to engage in weeklong service-learning projects in St. Louis’ most underprivileged neighborhoods. Five groups will be engaged in such immersion experiences during the assembly. Read Paul Seebeck’s and Donna Jackson’s Presbyterians Today story about the initiative.

Perhaps the most significant event of GA223’s public witness in St. Louis will be a march, scheduled for June 19, from the America’s Center (St. Louis’ convention center) to the City Justice Center a little less than a mile away, where hundreds of people are incarcerated for low-level offenses and cannot afford to pay cash bail. The City Justice Center refers to them as “inmates.”

At the conclusion of the march, the entire offering from GA223’s June 16 opening worship service will be given to pay the bail and immediate needs of individuals being held pre-trial. To do this, we are working with a collaboration of local organizations including The Bail Project, St. Louis Action Council, Arch City Defenders, Decarcerate STL, Faith for Justice, Metropolitan Congregations United, and now the PC(USA). Arch City Defenders will accept the offering on behalf of this collaborative work, and will immediately begin bailing out persons who have been prescreened by the Bail Project for release.

General Assembly Co-Moderators Jan Edmiston and Denise Anderson recommended and the Committee on the Office of the General Assembly approved the use of the opening worship offering for the Bail Project “to take to the streets Tuesday the 19th at 3:00 p.m., following local St. Louis leadership, to call attention to the injustice of our cash bail system,” says Tom Hay, director of assembly operations, “and to do something concrete about it.”

Unaffordable cash bail is one of the largest drivers of the mass incarceration epidemic in the U.S. Over the last fifteen years, increases in pretrial detention accounted for 99 percent of all jail growth. Recently the term “debtor's prison” has come back into use as jurisdictions have returned to the practice of imprisoning poor persons for non-payment of fines or fees and those who cannot afford cash bail. This vicious cycle of arrest and incarceration results in mounting fines, job loss, lost custody of children, incarceration of the innocent, and costly fees. Every church and Presbyterian can participate in this offering with the link and make a real difference in the lives of the most marginalized. A link has been created on the GA223 website for those who wish to contribute.

The march, as is customary with the PC(USA)’s partners in St. Louis—where demonstrations at the City Justice Center are an almost daily occurrence—will be conducted without a permit and led by religious and community leaders in St. Louis. Prior arrangements have been made with the St. Louis Police Department and the PC(USA)’s Office of Legal Services is working to provide local legal representation in case anyone is arrested. “We are not expecting any trouble,” Hay insisted.

For assembly-goers who are unable—for physical, moral, or legal reasons—to engage in the march, Compassion, Peace and Justice Ministries will conduct a concurrent program at the convention center on the issues surrounding the mass incarceration epidemic in St. Louis and the country.

The Bail Project screens incarcerated persons for bail assistance based on need, the amount of bail (trying to aid persons whose bail is less than $5,000 so more people can be helped), and family and employment circumstances. They also screen for outstanding warrants in other jurisdictions, not wanting to bail out individuals only to have them picked back up again immediately on another charge.

Bail Project volunteers also work to make sure support services are provided—rides, coordinating with family, phones, and the like. Then when the individual’s case is resolved, no matter the outcome, the bail money is returned to the Bail Project, and used again to help another individual.

Other activities related to GA223’s public witness in St. Louis include: