Bandana-clad musician was a favorite at General Assemblies 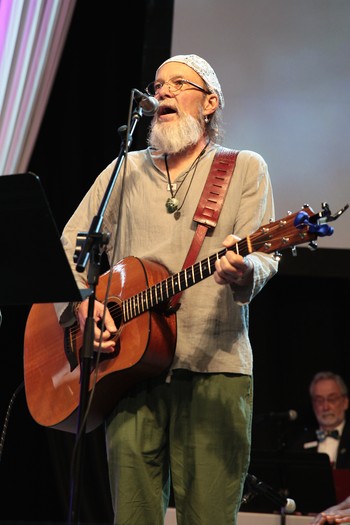 He has been referred to as the Willie Nelson of the Presbyterian Church (U.S.A.) and was a fixture on the stage at General Assembly. The Rev. Chip Andrus passed away this weekend following a lengthy battle with cancer. After spending eight years in remission, he was diagnosed last November with metastatic melanoma.

Despite a grim diagnosis, Andrus was front and center with his group of musicians at the 223rd General Assembly in St. Louis saying, “I just love being here, being with the family. I love (Stated Clerk) J. Herbert Nelson’s idea of the ‘kindom.’ This is where the real family gets together – the ones you like and don’t like – and hash things out.”

Andrus sang and played guitar despite numbness in his right hand caused by more than 20 brain tumors. “I had to learn how to play the guitar with the numbness, how to strum without dropping it,” he said.

Andrus was pastor of South Salem Presbyterian Church north of New York City. He also led session meetings at the Horse and Hound, a tavern across the street from the church, where he and a few musicians would host regular gigs.

In the early 2000s, Andrus served in the PC(USA)’s Office of Theology and Worship in Louisville, Ky., and often performed with a group of musicians under the name Soul Highway. He played with a core group of five people at General Assembly gatherings.

“Music evokes so much in everybody – joy, sadness, healing, laughter,” he said last summer. “At the Assembly, we play music, so all can be together. It’s not just individual voices, it’s family singing together.” 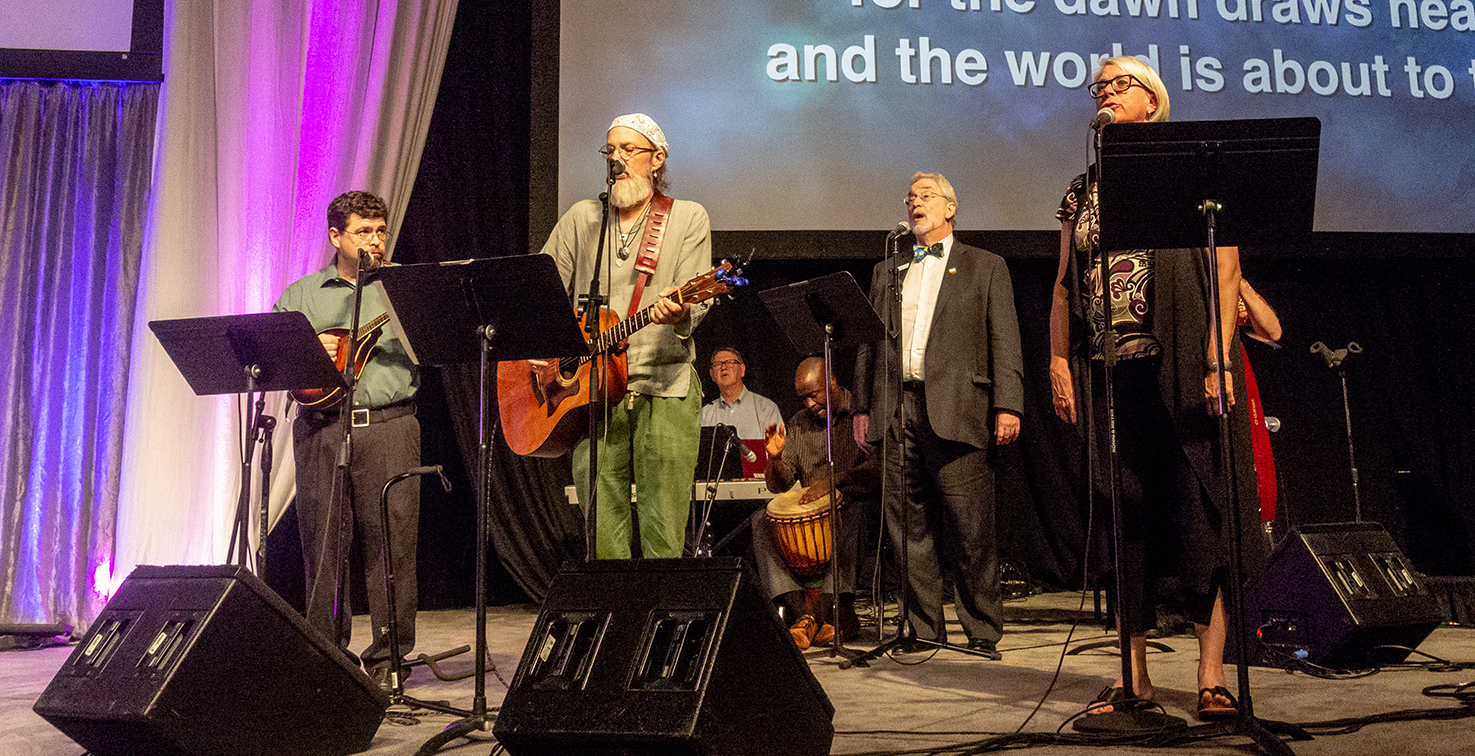 Nelson said Andrus will be sorely missed. “Chip loved making music with friends and family, and he always considered the General Assembly his family.  Over the years he brought us together at Assembly meetings with music, joy and his very special heart.”

In St. Louis, Andrus said he was amazed at the outpouring of support he received from the church when he announced his diagnosis.

“People have rallied around. And God is powerfully present in that,” he said. “The love of God is manifested through human beings. That’s the story of the Bible.”