Hands and Feet initiative gets high marks from Baltimore organization

The Center has been the hub for community contact and support 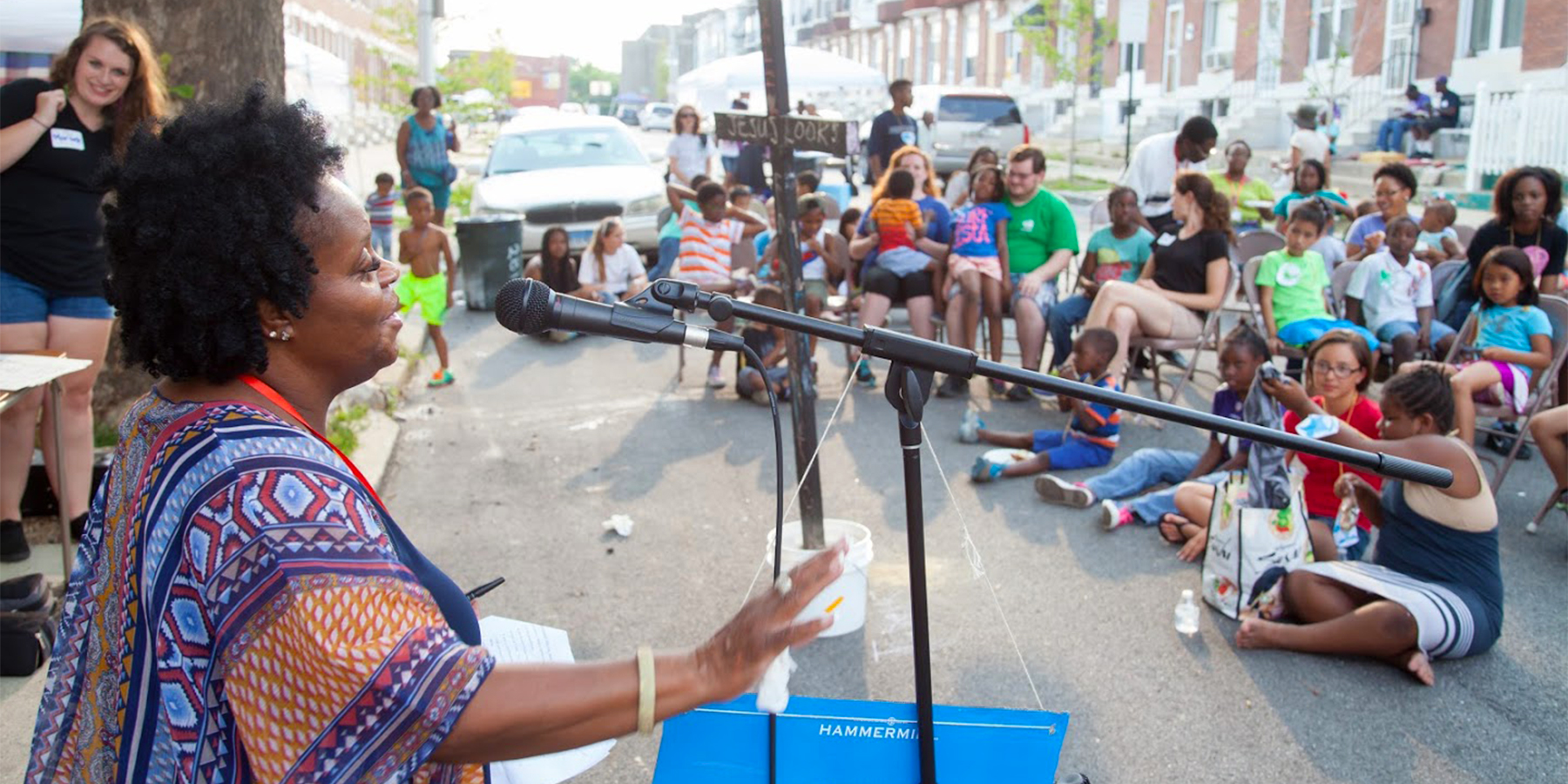 Church groups often collaborate with The Center to reach out to neighborhoods in ministry and support. Photo provided.

When the Reverend Dr. J. Herbert Nelson, II, was elected Stated Clerk of the Office of the General Assembly of the Presbyterian Church (U.S.A.), one of his first acts was to create the Hands and Feet initiative. The idea was to work with organizations in the cities that would host the next General Assembly to address community needs such as hunger and poverty.

For the past year, the focus has been in Baltimore, host of the 224th General Assembly (2020), with special emphasis on The Center, a mission initiative of the Presbytery of Baltimore. The nonprofit organization hosts mission teams from across the country to engage in community services with other churches and nonprofits in the Baltimore area.

As part of the church’s commitment to The Center, two fellowships were established in 2018. Melva Lowry and Olivia Thomas have been working with Center staff to expand programs and work with visiting churches.

“The Hands and Feet initiative helped us branch beyond locations we had worked with and do more of that capacity building,” said McKenna Lewellen, The Center’s program coordinator. “Because our fellows have been here, we’ve reached out to rural communities and met with local leaders on what they would do with mission groups from out of town. Some congregations have responded positively.”

Lewellyn says participation in The Center projects and activities has grown steadily over the past eight years, with just under 30 participants when it began in 2012. By 2015, as many as 250 people participated in the programs. This year, nearly 430 participants have taken part. 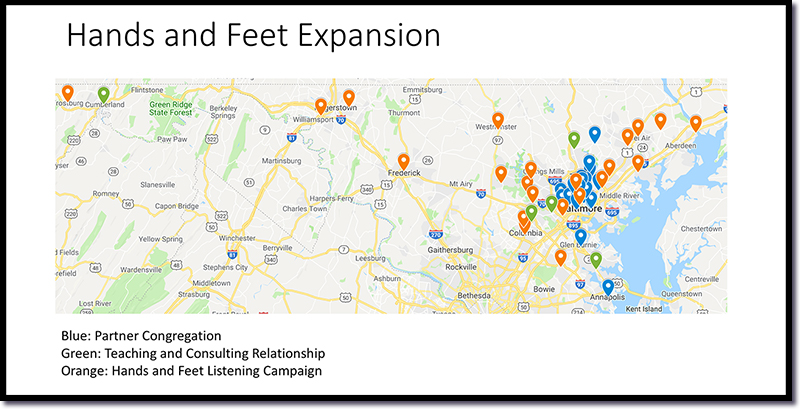 The Reverend Kate Foster Connors, executive director, says they’ve spent the past few weeks reviewing the successful summer and looking at what the coming year will bring.

“We want to see how we can take advantage of having our fellows for a second year with some experience under their belts. Our steering committee has been doing some discernment on this as well,” she said. “We are now eight plus years into our life, and we are moving from a startup to a more established initiative.”

Foster Connors adds that The Center is also looking at how to cover the workload when the Hands and Feet fellows are no longer available.

“Next spring, we will be asking the presbytery to invest financially. We have been putting a lot of time into expanding the individual donor base,” she said.

The Center is hoping to expand staff, allowing it to do more consulting work and host more groups.

“We also want to invest in education because our visitors have a ton of different learning styles from seventh graders to retirees that come to work with us,” said Lewellen. “We also want to make sure the building is hospitable. We ask people to take a risk every day to establish relationships.”

“We bring together people from different walks, races, economic classes, and beliefs, and they get to know and care about each other in a world that is so polarized,” added Foster Connors. “That feels like the most important thing we can do as the church. We are learning how to tell that story and see what God does with it.”

With Baltimore hosting the General Assembly next year, The Center is gearing up for an opportunity to give visitors a chance to put words into action. More information is available here. Additional details and registration information will be available in late fall.

“We see opportunities to leverage hands and feet that week to support the work that our partners are doing,” said Lewellen. “They’ll learn stories, see what’s happening, and hopefully be inspired to contribute in a hands-on way to the work that is happening in the city.”

Both Foster Connors and Lewellen agree that the Hands and Feet initiative has provided a new source of energy to the work they do.

“The spirit behind it is really in line with the way we think about mission here and feels like a natural partnership and it has been helpful to have all of that work” said Lewellen. “It’s important to have folks on the ground who know what’s happening and can take the pulse of the community.”

Foster Connors and Lewellen recently presented an update on their work with the Committee on the Office of the General Assembly (COGA).