Home News Reflections from the Co-Moderators

Reflections from the Co-Moderators 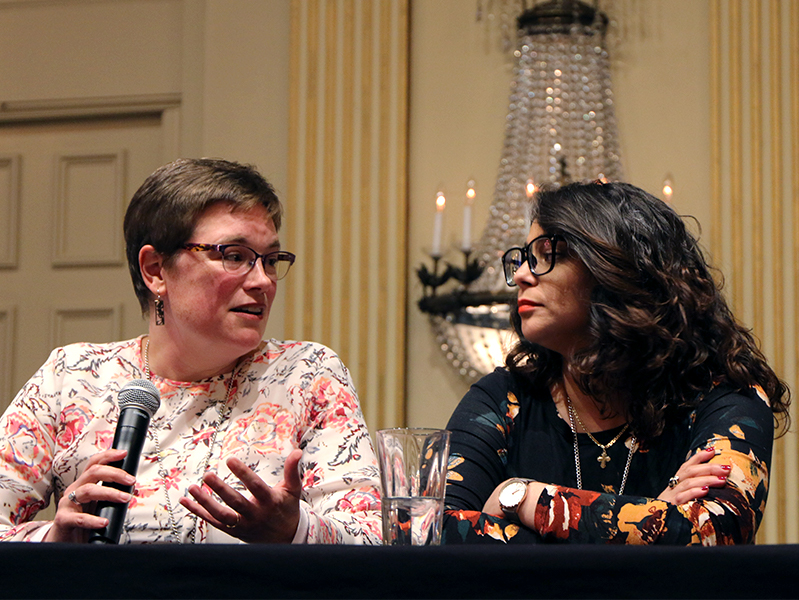 At the Moderators’ Conference, Cindy Kohlmann (left) and Vilmarie Cintron-Olivieri (right) share their stories of how they were called to serve as Co-Moderators of the General Assembly. —Photo by Rick Jones.

Watching the Reverend Cindy Kohlmann and Ruling Elder Vilmarie Cintrón-Olivieri interact with each other is like watching family members catch up after a long time apart. When the Co-Moderators of the 223rd General Assembly (2018) of the Presbyterian Church (U.S.A.) reflect on their nearly year-and-a-half together, they practically finish each other’s sentences, while exchanging hugs and laughing to themselves.

The self-named “Mod Squad” is in Louisville this weekend for the Moderators’ Conference and spent Friday evening answering questions from the 120 attendees. The questions centered around their call to this two-year commitment and how it was in those first days in St. Louis last year.

As the resource presbyter for the Presbyteries of Boston and Northern New England, Kohlmann told the attendees she had been wrestling with the thought of running for Moderator since 2012. When the Reverend Dr. J. Herbert Nelson, II, Stated Clerk of the General Assembly of the PC(USA), visited in 2017, he suggested she step up.

‘It wouldn’t have gone any further than that, but my husband said, ‘you have to do this.’ That was the spirit. God and I had serious conversations,” she said. “I said to God ‘If this is from you, you will need to provide me the person to stand with.’ It was important that this person be Spanish-speaking and that this person be from Puerto Rico.” 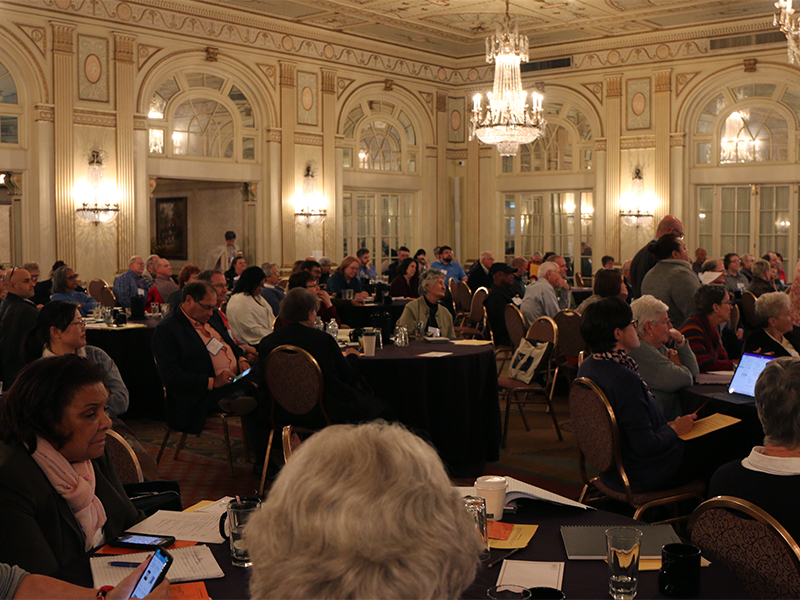 Approximately 120 moderators are in Louisville for the conference this weekend. Photo by Rick Jones.

A phone conversation led both to believe they were meant to serve together.

“We knew this would be an amazing journey. God brought us together to serve,” said Cintrón-Olivieri. “This is what it means to be a team and work together, and we had never met before. It goes to show that if God wants to do something through you, God will do that in spite of you.”

The two were also asked what it was like in those first few days, moderating the assembly in St. Louis.

“As candidates, we received training in April and May prior to the June assembly, so we had a general idea what to expect,” said Cintrón-Olivieri. “We also learned that there are a lot of people helping the Moderator do their job, from the parliamentarians and associate stated clerks, to the stated clerk. And there are a lot of people behind stage. There’s a city behind the blue curtain that is helping us.”

“The initial spark to stand came from visiting the presbyteries and churches and seeing the body of Christ at work,” said Kohlmann. “I had a lot of fun moderating. I didn’t expect that and working with Vilmarie has been wonderful.”

The Moderators’ Conference concludes Saturday evening with closing worship and a screening of the Presbyterian Disaster Assistance documentary “Trigger,” which focuses on gun violence.