Stated Clerk invites Presbyterians to 180 days of prayer, leading up to the 224th General Assembly (2020)

Church leaders, past and present, join in daily prayers 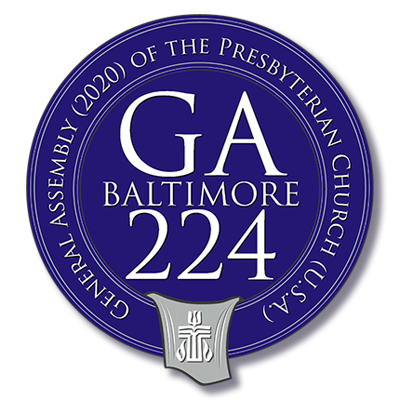 Beginning today and culminating on the opening day of the 224th General Assembly (2020) in Baltimore, current and former leaders of the Presbyterian Church (U.S.A.) are joining in 180 Days of Prayer. The Reverend Dr. J. Herbert Nelson, II, Stated Clerk of the General Assembly of the PC(USA), says that the current Co-Moderators and Co-Moderators/Moderators of past General Assemblies, as well as other leaders within the denomination, are offering prayers.

In making this announcement, the Stated Clerk emphasizes that “daily prayer leading up to our denomination’s biennial assembly is a reminder that General Assembly belongs to God, and not to us.”

This cycle of prayer “reminds commissioners who are being called by their presbyteries that they will be making significant decisions about the future of our denomination. It also reminds us that members of congregations, as well as our ecumenical and interfaith partners attending the assembly, will be praying with and for us as we meet.” In this call to prayer, all members of the church, from children through senior adults, are invited to consider our church’s past, evaluate its present, and plot a prayerful course into God’s future.

Nelson adds that “this cycle of prayer will invite the Holy Spirit’s continued reign over our church, providing strength to make sometimes difficult decisions that are necessary at this particular time — calling the church to do 21st century ministry.”

“The 224th General Assembly (2020) will gather in Baltimore, a city that has witnessed turmoil not unlike what we see in major metropolitan areas of our country. Around our country, people continue to be killed in our streets, individuals who go to school every day are unable to earn a high school diploma. Children born in poverty grow up impoverished and then must raise their own children in that same poverty. Immigrants at our borders see the glimmering lights of cities across the U.S. but are unable to escape violence in their own countries. Instead, they are demonized for their desire to find freedom and safety.”

The Stated Clerk believes that the 224th General Assembly (2020) will be one to watch as a denomination. He urges those attending — commissioners and visitors alike — to “look out from themselves and see the need of every church on every corner.” He encourages commissioners not to come just to cast votes, but to make a difference in the city of Baltimore.

Nelson invites all Presbyterians, whether commissioners to General Assembly or not, to join in this intentional cycle of prayer. “As we discuss the big issues that face us as a church, may our conversation be undergirded with prayer. I pray that we will do more than just vote, but that we will come with open hearts, open to God’s spirit possibly changing our minds about the issues we consider.”

To learn more about the 180 Days of Prayer, click here.