Home News ‘We can begin the revolution’

‘We can begin the revolution’ 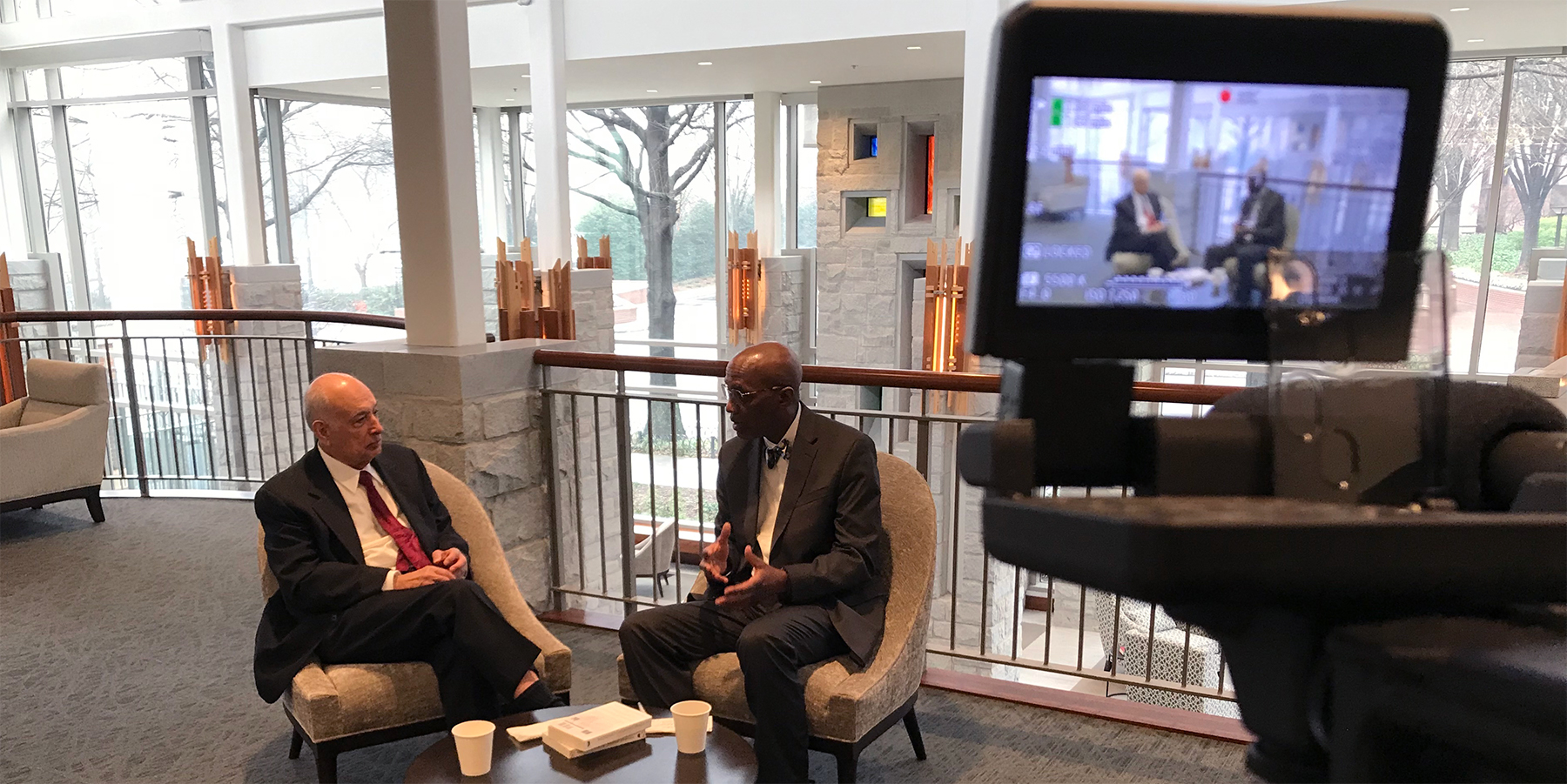 To learn what’s really going on with Palestinians living in occupied portions of Israel Palestine, go see their plight.

“The PC(USA) has been engaged for quite a while on freedom for the Palestinian people. We continue to do that through advocacy, and it’s done by taking opportunities to educate through people who come to Israel Palestine and go home with a conversion experience,” said the Rev. Dr. J. Herbert Nelson, II, Stated Clerk of the Presbyterian Church (U.S.A.) and the host of Monday’s Facebook Live event. This week Nelson hosted the Rev. Fahed Abu-Akel, Moderator of the 214th General Assembly who founded the Atlanta Ministry with International Students.

Abu-Akel, the first Palestinian-American to lead a major U.S. denomination, was elected General Assembly Moderator in June 2002. Or, as he told Nelson, he was “the first (Palestinian) since Jesus.”

“I am grateful to the Presbyterian Church because of all our mission history” in the region, he told Nelson. “We created mission focused on justice, and to me that is crucial as we stand with Christians” in Israel Palestine, Lebanon, Syria and other countries.

The central issue for Palestinians living in Israel Palestine, Abu-Akel said, is that both Israel and the United States “don’t want to recognize Palestinians as people with the right of self-determination.” Both politicians seeking to succeed Israel’s prime minister, Benjamin Netanyahu, “have said to forget about the two-state solution,” he said.

“I want people to realize that Palestinians (living in occupied territory) born in 1967 (when the Six-Day War occurred) are now 52 years old and have known nothing but occupation. To go to school, the hospital, or your own land, you need a permit,” Abu-Akel said. Media outlets have, to a large extent, ignored “the suffering of the Palestinian people,” he said.

In 26 of the 50 states in the U.S., the final page of contracts for companies doing work or projects with state and local governments includes language banning the company from boycotting Israel. “We are losing our minds, and we’re losing our own Constitution,” Abu-Akel told Nelson. “Boycott is part of the DNA of American reality.”

To learn more, Abu-Akel suggests people read “Why Palestine Matters, The Struggle to End Colonialism.” The book, published by the Israel Palestine Mission Network established shortly after Abu-Akel’s 2002 election, is grounded in international law and, according to its description, calls on all people struggling for justice against oppression to consider “the challenge of seeing Palestinians in the context of other justice struggles.”

Nelson told Abu-Akel there’s “growing understanding of what you have shared,” mainly among Presbyterians who have traveled to Israel Palestine and insisted on visiting with everyday Palestinians living in occupied territory.

“There are a lot of tours that go into Israel (Palestine) that never show what you are talking about,” said Nelson, adding that he’d witnessed school children “fighting the battle by throwing rocks.”

“It was amazing to watch tear gas being fired at protestors,” Nelson said. “For me that was really a significant piece of learning.”

But the region still has much to teach American Presbyterians, Nelson said.

“Pastors come back and talk about what they saw, but they have no engagement with what you are describing,” he told Abu-Akel. “How can we help people to understand?”

“For you as Stated Clerk to go and see it with your own eyes,” Abu-Akel replied, “to me that was the best thing.”

“If we love Israel and we love American Jews,” he added, “we must say to our Jewish brothers and sisters, and to the larger community, that injustice is wrong regardless of who does it.”

Abu-Akel said Presbyterian World Mission should be thanked for its continuing educational efforts. More than 50,000 copies of another publication, “Steadfast Hope: The Palestinian Quest for Just Peace,” have been sold to date. According to its description, the 48-page booklet offers readers “an inspiring view of activities being undertaken by Muslim, Jewish and Christian peacemakers working for justice and reconciliation.”

Abu-Akel said that Black Lives Matter leaders have told Palestinians that “we feel your pain.”

“There is no rationale for the wall,” he said. “We need black leadership to understand the oppression of the Palestinians.”

Nelson said he wants the Israel Palestine discussion to continue.

“We’ve got to get out in front of this,” he said. “It is our role in the 21st century to make sure this expands to other denominations. Our sisters and brothers need our help. Push the ‘Share’ button and let somebody else know what’s going on and so we people of faith can utilize the power of God Almighty. We can begin the revolution.”