Charlotte church participates in Hands and Feet Initiative in Baltimore 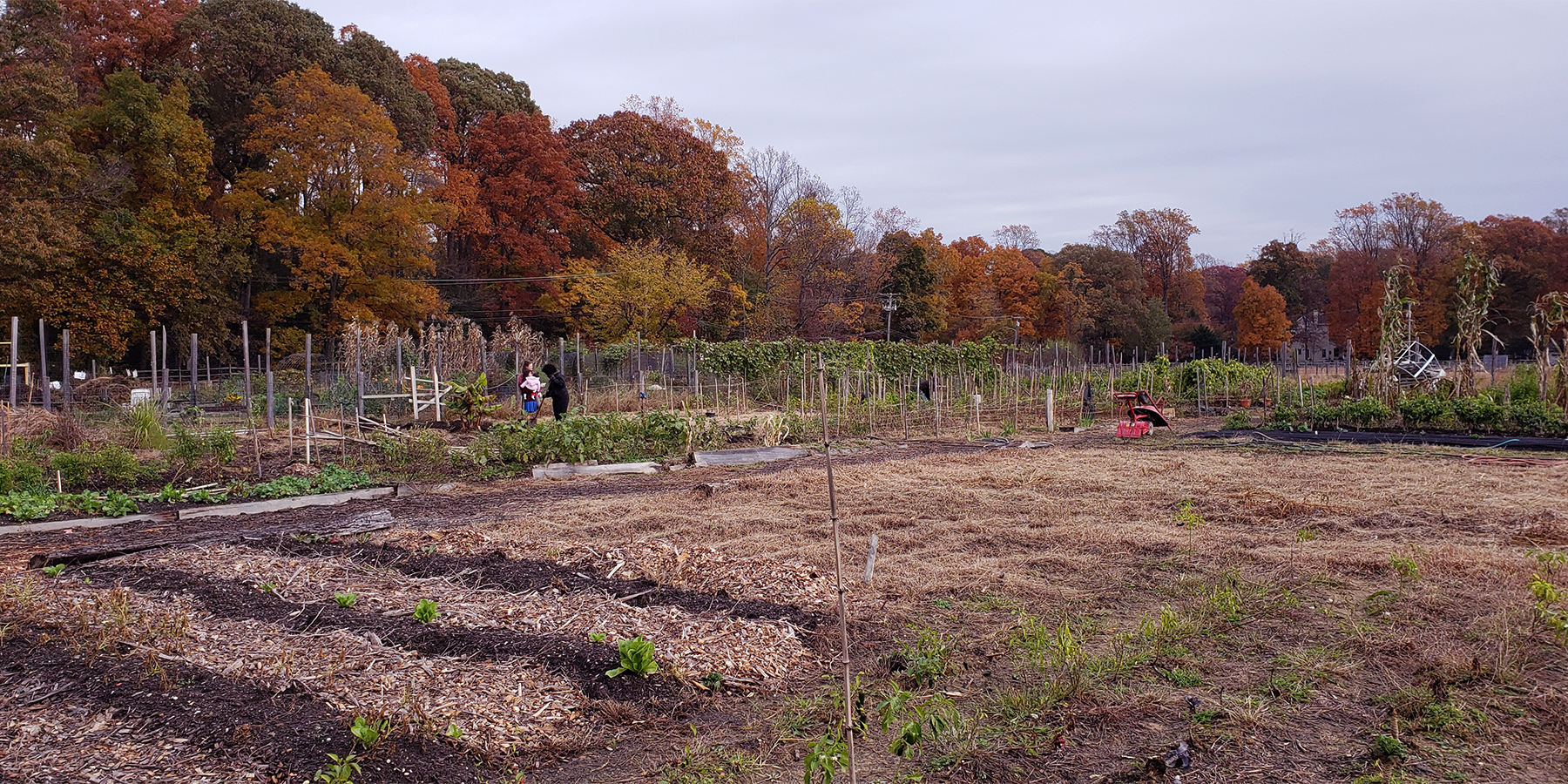 A garden near Annapolis, where migrants grow food to support their families. Photo provided by Selwyn Avenue Presbyterian Church.

When Mary Bowman came to Selwyn Avenue Presbyterian Church in Charlotte, North Carolina, nine years ago as associate minister for missions, the church went through a discernment process. Active in missions, the congregation was trying to determine the best course of action for engaging with community.

“As we continue to go through discernment, we would like to have more opportunities of being with and working with our neighbors,” she said. “We seek to balance out some of the ways we are giving and standing with our neighbor. That’s how we think about mission.”

Bowman heard about the Center in Baltimore and its work with migrant congregations and those living in poverty. Its mission mirrors the questions Selwyn members were asking: “To inspire and equip churches and individuals to engage boldly with their neighborhoods—to get involved where Christ’s love and justice are already at work.”

Center organizers came to Charlotte to meet with churches and discuss their work, and Bowman listened.

“It felt like a nudging from the Holy Spirit. It felt organically prompted by God to develop more relational connections that allow us to be with and work with,” she said. “They were cultivating a theological structure and were deliberately trying to help people. I came back after being with them and talked about it within our mission group.”

In November of last year, Selwyn’s mission group traveled to Baltimore for a long weekend of work and worship. Mission team members, like Ashley Armistead, said the Center did a good job of exposing them to different types of people. 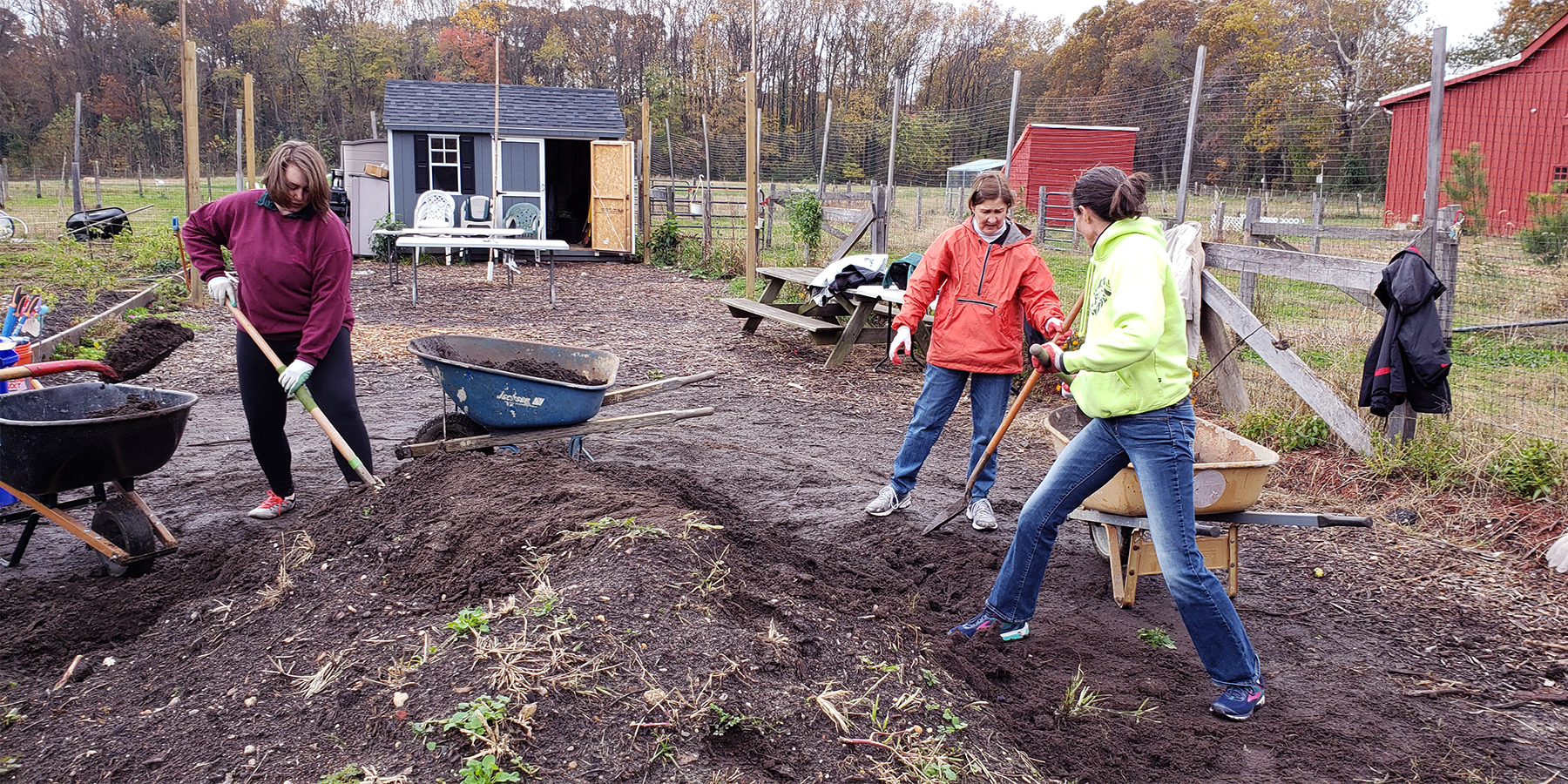 “It made me realize that I need to listen and notice where faith is crying out in others in their work,” she said. “I need to stop thinking about where people fall in that spectrum and have a broader view and try to notice where God is at work instead of me trying to figure out who they are and how they think.”

The weekend included a visit to a rural congregation in Annapolis, a ministry of Comunidad Presbiteriana La Trinad and a 1001 Worshipping Community, that had provided land for a migrant garden.

Bowman says the Selwyn team spent most of the day moving wheelbarrows of compost to help strengthen the garden space. They also had time to talk with the church pastor and some of the families that work the land.

“There was a woman with her young daughter. It gave us a chance to work for but also be with this family,” she said. “It gave us insight into what their lives and experiences were.”

Armistead says she was moved by the conversations with the pastor who not only served the church but ran a lawn care business.

“He was working in Philadelphia and someone came up to him and said ‘you, Mexican, I need you to do some work real cheap.’ He told us that just because he’s Hispanic, it doesn’t mean he does cheap work. He has a church and a good quality business,” said Armistead. “He asked us to please tell our friends to spend time with them before they draw conclusions. To hear someone say that was huge.”

Selwyn’s mission team also had the opportunity to interact with other inner-city churches that are offering global ministries in their community.

“We talked with a couple that had traveled from Colombia and they were in the process of understanding the culture of the congregation. They talked about their own story of how they got to America. It was very harrowing for them,” said Bowman. “We don’t always take the time to learn where people come from, their countries, or try to learn what the nuances are. God puts so much detail into each of us, making each of us so beautiful, and yet we are so quick to say they are ‘just a migrant worker or just a homeless person.’ It was a beautiful reminder that we can so quickly dismiss something so beautiful.”

“This visit made me more sensitive to my city and how redlining and laws have marginalized people and that I need to better understand that in my own community,” said Armistead. “Charlotte is very segregated and it’s hard to be disciplined about walking in other people’s shoes. But it was one more view of how we got to where we are. We need to educate ourselves about what is truly happening.”

Armistead says the short time in Baltimore has had a lifetime impact on her.

“Instead of me trying to design mission work for our church to do, I need to sit back and notice what God is already calling us to do,” said Armistead. “It’s not about what I create, it’s about what God has already created.”

The Center is a partner of the Presbyterian Church (U.S.A.)’s Hands and Feet Initiative, launched by the Reverend Dr. J. Herbert Nelson, II, Stated Clerk of the PC(USA). The idea is to strengthen the church’s mission efforts by encouraging partnerships and mission involvement in cities hosting the General Assembly. Baltimore is the host city for the 224th General Assembly (2020).