Stated Clerk calls for peaceful solution to the conflict in Venezuela 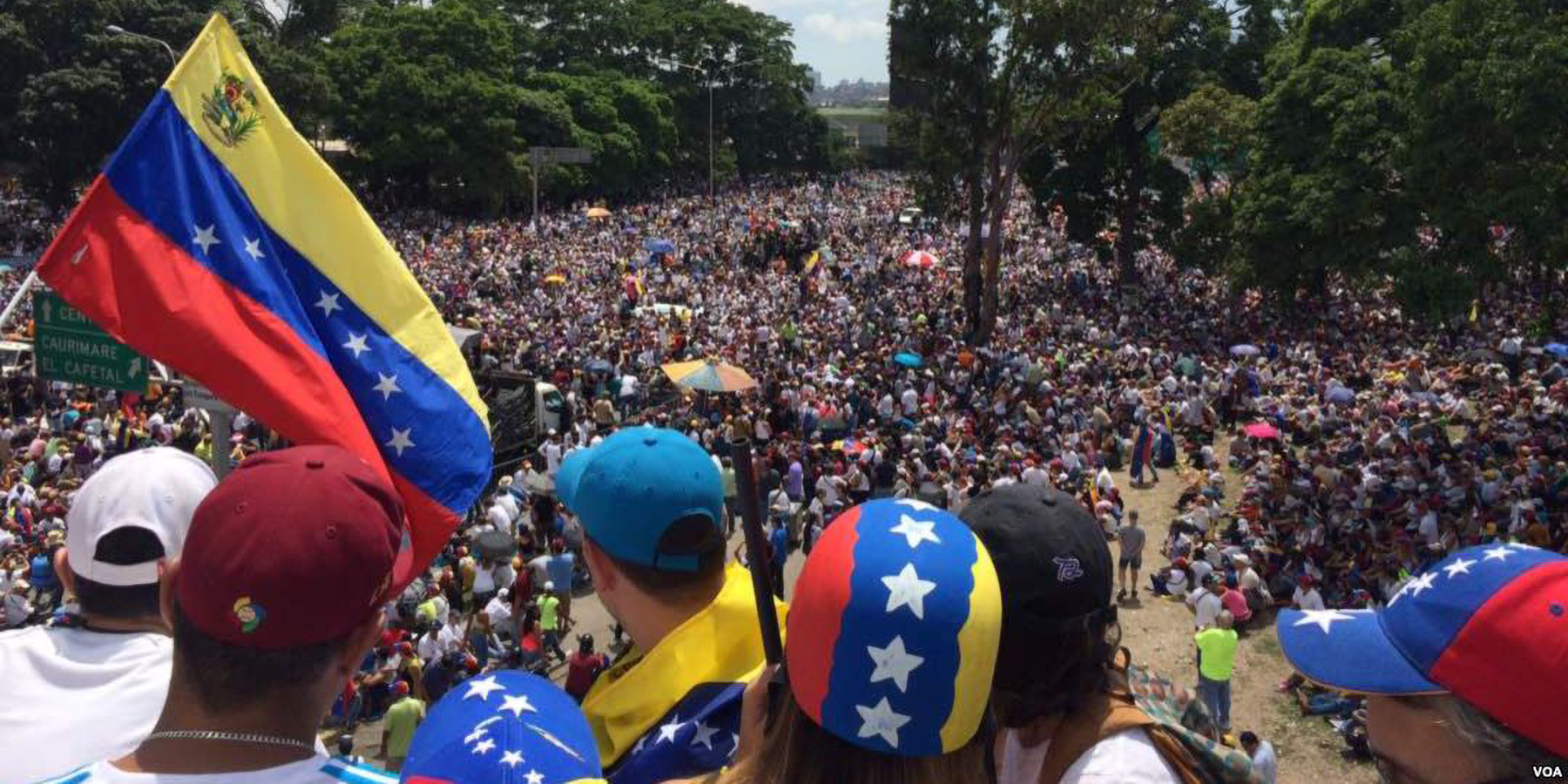 Millions of Venezulans marching on May 20, 2017 during the We Are Millions march. - Voice of America (www.voanews.com)

As the humanitarian and economic crisis worsens in Venezuela, the Reverend Dr. J. Herbert Nelson, II, Stated Clerk of the Presbyterian Church (U.S.A.), is urging all Presbyterians to pray for a peaceful solution. In a letter to the church, Nelson said the people of Venezuela are facing shortages of food, medicine, and basic services in the midst of widespread corruption.

“We call upon those in power in the country to seek a peaceful resolution to this struggle for leadership,” the letter reads. “We urge those from outside who are threatening intervention to desist from actions that can only make the Venezuelan tragedy worse and exacerbate what is already a regional crisis.”

Nelson asks for prayers for the Presbyterian Church of Venezuela (IPV), a PC(USA) partner through the Venezuelan Mission Network and other ecumenical organizations.

Read the full letter below:

Sisters and Brothers in the Presbyterian Church (U.S.A.),

I urgently call your attention to the crisis that is unfolding in Venezuela, and especially to the impact that this tragic conflict is having on our sisters and brothers in the Presbyterian Church of Venezuela (IPV). We have been partners in ministry for many years and we continue to be actively engaged in mission with them through our Venezuelan Mission Network and our ecumenical partners in the region.

As is so often the case, the church is deeply impacted by social, economic, and political crises such as those facing Venezuela today, and we recognize our own responsibility to our sisters and brothers who are inevitably caught in the conflict. It is enough that the people of Venezuela have been facing disastrous inflation, which has led to shortages of food, medicine, and basic services, made worse by widespread corruption; moreover, the society is torn by competing claims of leadership of the national government. This is only made worse by competing threats of intervention by global and regional powers who are backing one party over another.

On behalf of the people of Venezuela, and especially our partners there, we call upon those in power in the country to seek a peaceful resolution to this struggle for leadership. We urge those from outside who are threatening intervention to desist from actions that can only make the Venezuelan tragedy worse and exacerbate what is already a regional crisis.

As we cry out on behalf of our church partner and all the people of Venezuela, we call for vigilance and reason by the international community, so that actions by outside powers do not make worse a regional crisis that already impacts our own nation.

Again, I call upon all Presbyterians to be in prayer for our sisters and brothers in Venezuela and for all the leaders in the nation and the region, to the end that the brokenness of this beautiful country can be healed through peaceful means and without further devastation.

In the Spirit of the One Who is the Prince of Peace,