COGA wraps up meeting in Houston 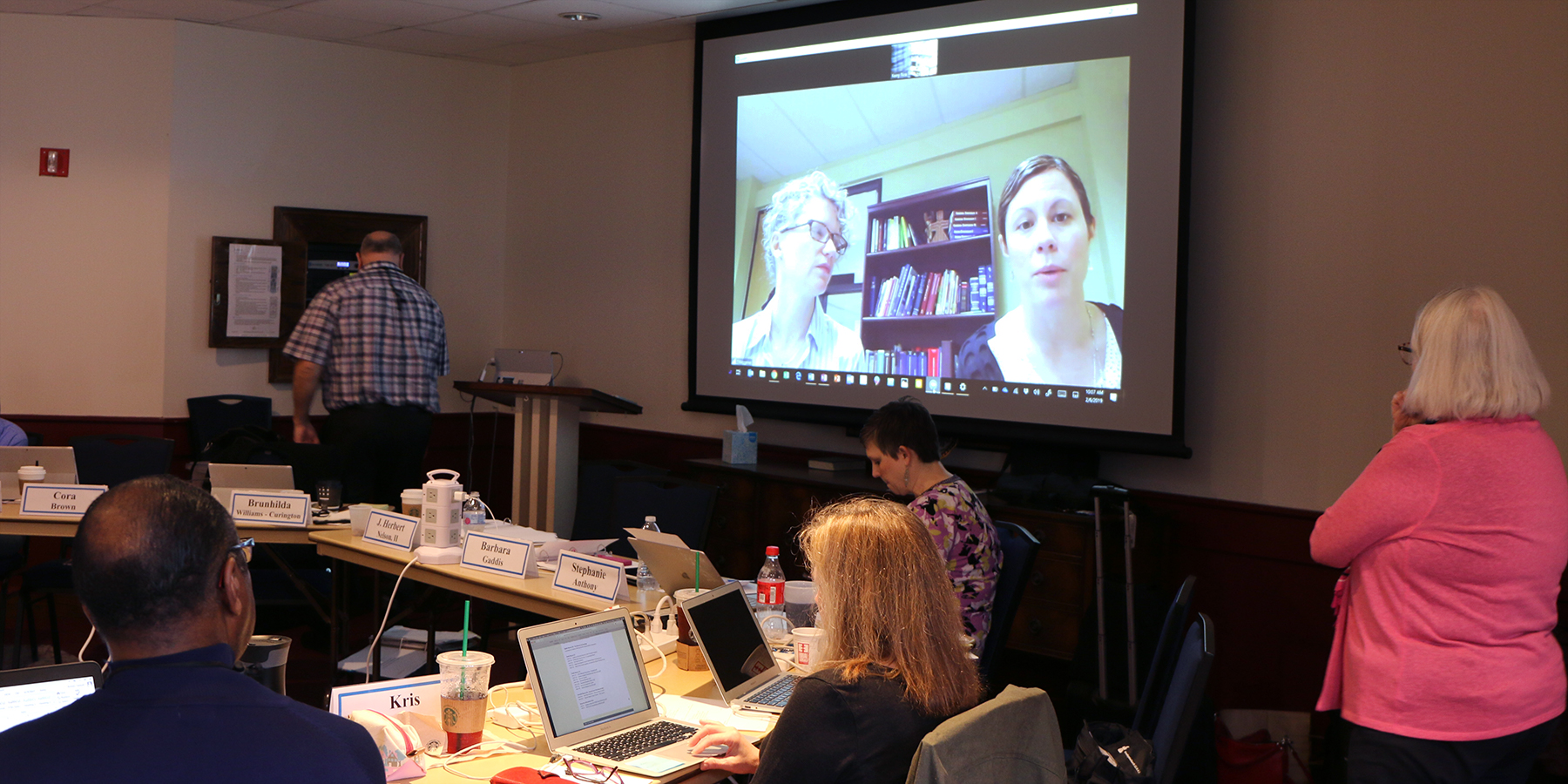 COGA wrapped up its third day of meetings in Houston with a conference call with the OGA Office of Immigration Issues. Photo by Rick Jones.

The final meeting day for the Committee on the General Assembly (COGA) opened with the Reverend Warren Lesane reminding the group of a grim anniversary. On February 8, 1968, South Carolina patrol officers in Orangeburg, South Carolina, opened fire on protesters from the South Carolina State University campus. As many as 200 had protested earlier in the evening against racial segregation at a local bowling alley. In the end, three African American students were dead and twenty-seven other protesters were injured.

The Reverend Dr. J. Herbert Nelson, II, Stated Clerk of the Presbyterian Church (U.S.A.), described the personal impact it had on him growing up near Orangeburg. Nelson says he told his father he planned to come back home upon graduation from college, however, his father felt differently.

“He drove me from place to place, took me to the courthouse and we spent hours there,” he said. “He showed me that the largest slave owners in Orangeburg County were also the persons the streets were named after and their descendants were sitting on the seats of all the local councils and controlled the money. My father told me that until economic reality changed, it wouldn’t be a good fit for a generation of non-whites.” 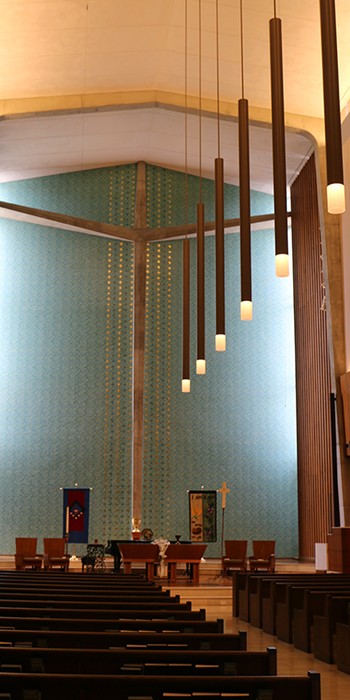 COGA was hosted by the St. Philip Presbyterian Church in Houston and committee members were given an opportunity to visit the church sanctuary after the meeting concluded. —Photo by: Rick Jones

As COGA continued discussion on its purpose and future work, the topic of cultural diversity came up. Members agreed that the committee should look into continuous diversity training and make it a part of future meetings.

“I love the PC(USA). This denomination has embarked on a great experiment to see if diverse roles can be realized in the church,” said member San Bonner. “OGA staff is seeking to find a way to bring together people from all over the country. This includes diverse, rich and poor, placing them in situations and to see if we can work together. It has to succeed because the world outside the church isn’t like this.”

COGA also received an update on OGA financials. Budget officials say they are working to create transparency, so everyone knows where the agency stands financially.

DeAmber Clopton, OGA budget manager, says the 2018 OGA budget is projected to come in 6 percent under budget, translating to an $800,000 cost savings.

“Total per capita collections for 2018 are expected to top around $10 million. Actual uncollectible per capita, the apportionments that presbyteries do not pay, was very close to projected amounts,” Clopton said. “While we didn’t all get the per capita that was apportioned, we hope to close that gap through education.”

“We’re spending less money than we were in 2005, and that’s stewardship,” said John Wood, director of administration and finance for the Presbyterian Historical Society. “Through this time, we have found a way to do the things we are asked to do with creativity, technology, and hard work. We’ve learned to do more with less. It’s remarkable that we can do what we do with what we have.”

COGA received additional staff reports, including an update from the OGA Office of Immigration Issues.

“It’s important for the church to determine its role on this issue. We’ve seen families, who would ordinarily be sponsors for those detained at the border, no longer take action. If the family members have questionable immigration status, they are detained as well,” said Teresa Waggener, manager of immigration legal issues. “Those staying at detention centers along the border only have a 2 percent chance of gaining asylum.”

In addition to staff and ministry updates, COGA is working to improve the efficiency of their gatherings by conducting monthly conference calls.

The Committee on the Office of the General Assembly is authorized to carry out the assembly’s oversight of the Stated Clerk and OGA; to assure accountability during the interim between sessions of the assembly.

COGA’s next meeting as a group is scheduled for April 23–25 in Philadelphia, in conjunction with the regular meeting of the Presbyterian Historical Society Board.

Tags: budget, coga, committee on the office of the general assembly, immigration, per capita