Youth find rewards in stepping out of comfort zone 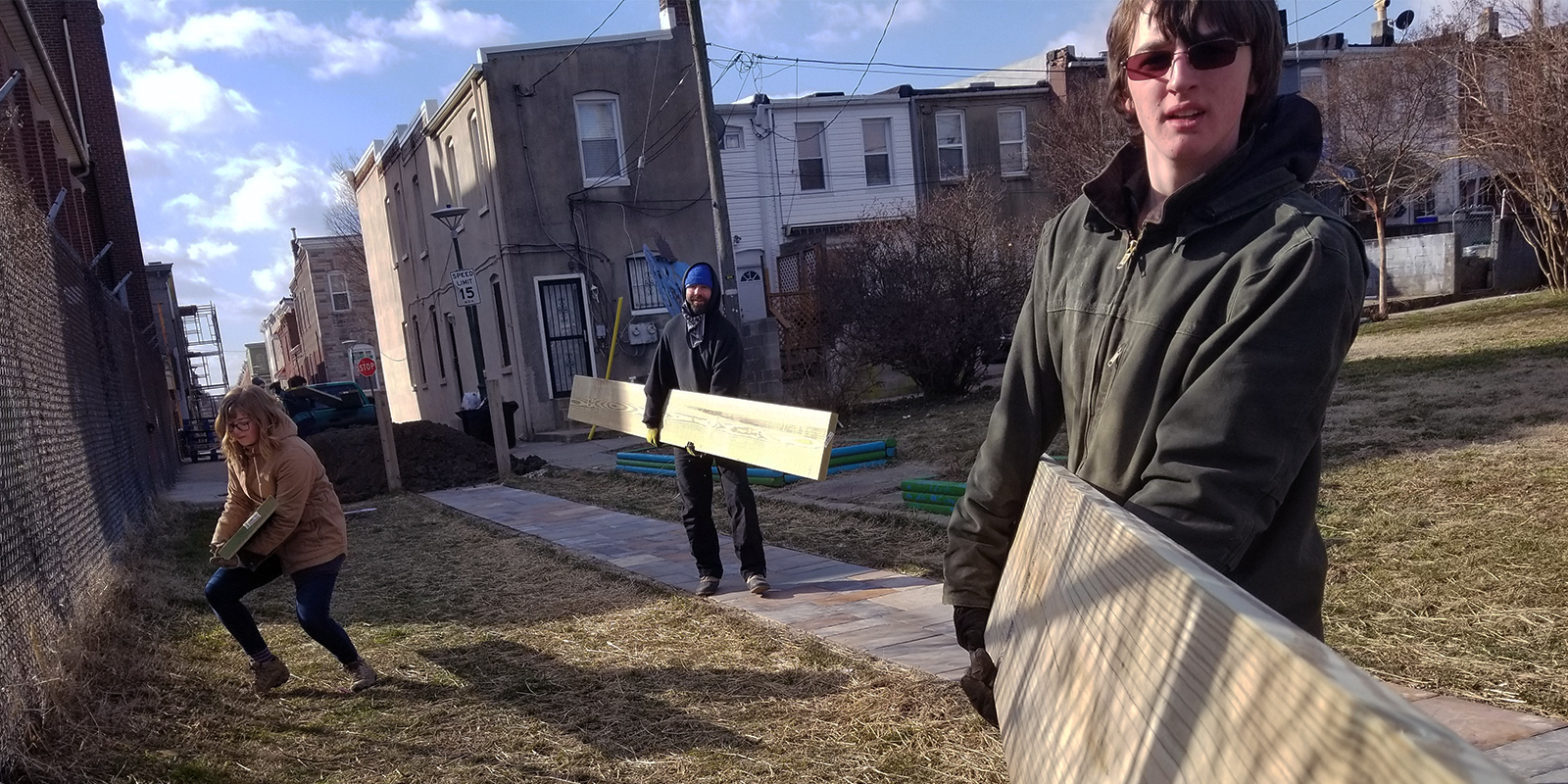 The initiative was launched by the Rev. Dr. J. Herbert Nelson, II, Stated Clerk of the General Assembly of the PC(USA), to provide grassroots support for communities to facilitate change. The focus this year has been on Baltimore, the site of Big Tent 2019 in August and the 224th General Assembly in the summer of 2020.

Andrew Yeager-Buckley, manager of Hands and Feet, accompanied the team as it spent the week working and sharing with people in the region. They spent their first full day worshiping and serving with Amazing Grace Lutheran Church and its food distribution program.

“You can only learn so much about the practice of redlining or the concept of food deserts when talking about them in a classroom,” said Yeager-Buckley. “Leadership from The Center Baltimore did an excellent job helping us see some of the boundaries that have been created over the generations that have caused such epic inequalities.”

The State College group was impressed by the spirit during their time at the church. 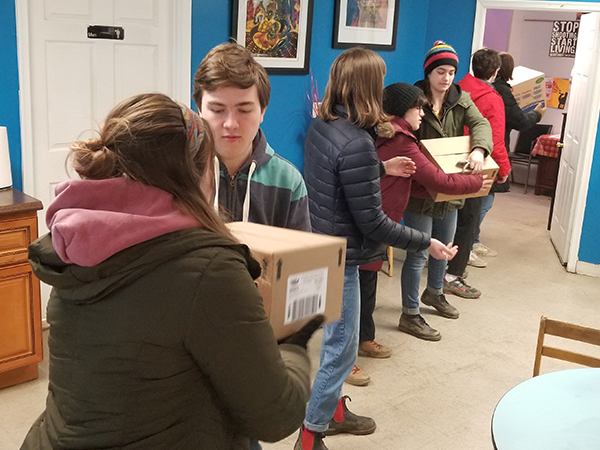 “The thing I noticed the most was the sense of community here,” said Jaxon Rounsville. “Everyone is so happy and friendly toward one another. It is amazing how happy you can be with so little.”

“I helped with the food drop and put food in bags,” said Lauren Moose. “It was wonderful to see how much food each person could take.”

“Just watching our team interact with the people they met and forming relationships was special,” said Kate Lebold, one of the group leaders. “Putting faces to the issues they’ve only read about was encouraging.”

State College joins a growing list of churches that have traveled to Annapolis, Maryland, to work with Comunidad Presbiteriana La Trinidad and its multi-acre farming project. It’s designed to provide families with healthy, organic food and self-sufficiency. The team spent the day preparing the land for planting and engaging in some conversation.

“At some point, Bon Jovi came on and I started singing along. One of the church members from El Salvador started in as well and immediately asked me if I knew and liked Bon Jovi. This Jersey boy said yes. He then went on to tell me about how popular Bon Jovi was in El Salvador, especially because of a number of the songs the band recorded and performed in Spanish,” said Yeager-Buckley. “Right there, he started singing the song ‘Bed of Roses’ in Spanish. It was an awesome moment where language or country of origin meant nothing. We just sang together and laughed!”

The Center, a mission outreach of the Presbytery of Baltimore, helps mission teams across the U.S. to work alongside churches and nonprofits in the area. The Rev. Michael Ozaki, associate pastor at State College, says conversations with staff and volunteers at the Center were productive. 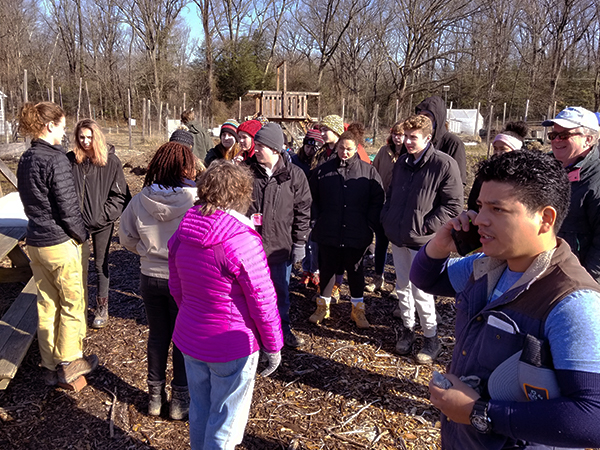 Ozaki says his group has been talking about how to connect across ministries and generations in a way that helps everyone feel more connected as community.

“It was very hard for me to step out of my comfort zone, but when you step out of that zone, that’s when you can grow the most and experience the world around you in the best light,” said Rounsville. “It pushed me to be able to open up to that experience.”

“It was hard for me as well. But we all have to make choices to take ourselves out of our comfort zones,” said Moose. “I personally felt happy to have friends around me who know how it feels and it made me push forward.”

Lebold said she was proud of how their team connected with the community.

“These young people are not afraid of hard work. If they see a mulch pile, they will work with that mulch pile,” said Lebold. “As the work continued, I saw that it opened up opportunities for conversation and a lot of people came out of the community and talked with the kids, and I saw those conversations take off as the day went on.”

“There’s real value in repeating the places that you go to. Sometimes as leaders, we feel we want to give youth different experiences. But it’s good for them to experience going to the same place and seeing those people again, and taking additional steps the next year with them,” he said. “That has more value than a diversity of experiences.”