PC(USA) ‘Women of Faith’ awardee will lead plenary on transformation 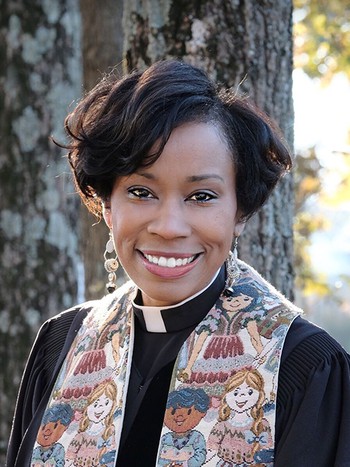 Transformation will be the driving force during the Friday plenary at the Big Tent celebration in Baltimore in early August.

Grounded in Romans 12:2, the guiding Scripture for this year’s event, the Rev. Amantha Barbee will lead attendees in a challenging discussion of the word “transformation” from the multiple lenses of one’s self, one’s family, the world and even religious institution.

“I foresee an engagement of what transformation means. At its basic core, it means change. But change why? Change to what? What is our goal in that change?” says Barbee.

“I think an awakening is happening in some circles. I think NEXT Church is probably at the forefront of where that is happening. But the Presbyterian Church, as a whole, has a long way to go … because most Presbyterians are white, middle- or upper-middle-class with generational wealth and access,” she said. “And it is because of these things that the Presbyterian Church stands at the precipice of change, that Presbyterians stand at the precipice of transformation —  if we’ll just do it.”

A native of Charlotte, N.C., Barbee holds a Master of Divinity from Union Presbyterian Seminary in Richmond, Va., where she earned the E.T. George Award for Excellence in Homiletics and Worship. In 2018, she received the PC(USA) Women of Faith Award, which recognizes clergywomen who challenge systemic racism and oppression, work for change and seek to end racism and injustice.

Running parallel to Barbee’s extensive justice work is this year’s Big Tent theme: “Called to a movement beyond institution.” For Barbee, the meaning of the theme is multi-faceted.

“In the Presbyterian Church [we need to] take a look at how we have promoted, how we have supported and how we have perpetuated white supremacy in this county,” she said. “And if you turn back the hands of time to 1492, the way our very country was founded was anti-Christian.”

Since, according to the Pew Research Center, nine of the 45 U.S. Presidents have claimed Presbyterian affiliations, Presbyterians have often been in the highest seats of power — when, Barbee says, so much damage was done to black and brown people. Presbyterians need to reconcile, own and dismantle that tangled history, Barbee said.

For Barbee this manifests itself in transformation. And, in doing so, “willfully and boldly” looking at life through different lenses. This means not only accepting the need to do that, but also acting upon it and getting used to being uncomfortable while also getting used to that new lens.

Barbee currently is senior pastor at Oakhurst Presbyterian Church in Decatur, Ga., while working on her doctorate at Columbia Theological Seminary. She led a movement to make anti-bias training mandatory for all teaching elders, now represented as the Racism Task Force for the Presbytery of Charlotte.

Big Tent will be held Aug. 1-3. The theme is “Called to a Movement Beyond Institution.” Other speakers include the Rev. Dr. Amaury Tañón-Santos, Rev. Dr. Soong-Chan Rah, Dr. William P. Brown, the Rev. Dr. Renita J. Weems and the Co-Moderators of the 223rd General Assembly (2018), the Rev. Cindy Kohlmann and Ruling Elder Vilmarie Cintrón-Olivieri.