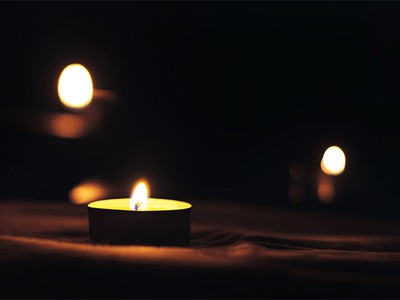 The 19-year-old man accused of opening fire in a synagogue near San Diego sits in jail today, facing murder and attempted murder charges. Last Saturday, he is alleged to have walked into a Passover service at Chabad of Poway near San Diego, killing one member and wounding three others.

The shooting is the latest in a growing list of violent attacks in connection with religious gatherings. The Reverend Dr. J. Herbert Nelson, II, Stated Clerk of the General Assembly of the Presbyterian Church (U.S.A.), has denounced the shootings and is calling for an end to ethnic and religious violence.

Once again “the principalities and powers of evil,” against which we are warned in Scripture, rear their ugly head, personified in individual acts of violence against those counted as “other.” We mourn the victims of the attack on Jewish sisters and brothers as they worshipped in the Chabad of Poway, near San Diego, California, and especially the killing of synagogue member, Lori Gilbert Kaye, who heroically stepped between the shooter and Rabbi Yisroel Goldstein.

We voice our anguish on behalf of Rabbi Goldstein and the congregation, and we join with them in calling for an end to ethnic and religious violence that is a stain not only on our nation but also on all the nations of the world.

We note that the alleged killer is linked also to the March 24 fire that damaged the Dar-ul-Arqam mosque, also near San Diego. This is yet more evidence of the hatred and fear of people of other ethnicities and faiths that is embodied in far too many people in our nation.

As Christians, we are called to renew our own commitment to Him who is The Prince of Peace, and to demonstrate His love toward all of God’s children, regardless of their commitment to other faiths or to none. Let us all renew our response to Him, seeking peace and justice for all, and demonstrating vigilance against every sign of prejudice and potential violence against others.